Guinea: ex-dictator Camara before the judges and the victims of the massacre of September 28, 2009

Dozens of victims in the upper bays of the brand new courtroom and dozens of journalists and officials on the floor witnessed the exceptional scene of a judge in a red robe with a white collar reading from the top of a platform draped in the national colors to a former head of state of the charges against him. 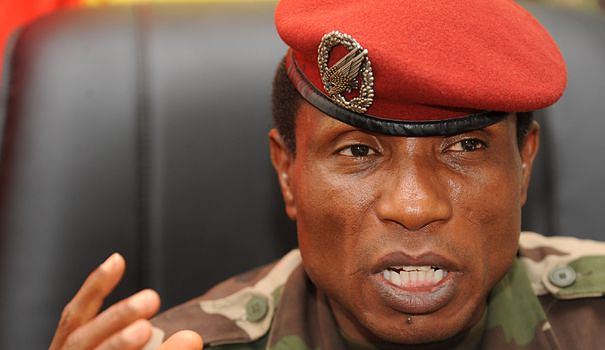 Dozens of victims in the upper bays of the brand new courtroom and dozens of journalists and officials on the floor witnessed the exceptional scene of a judge in a red robe with a white collar reading from the top of a platform draped in the national colors to a former head of state of the charges against him.

"You are appearing before this court for having (...) knowingly, by provocation, providing instructions, participated in the murders and assassinations committed" in a stadium in the suburbs of Conakry and around on September 28, 2009, declaimed President Ibrahima Sory Tounkara in a firm tone devoid of emphasis to the attention of Captain Camara and, in turn, the ten co-defendants present.

Moussa Dadis Camara and the others are also accused of a litany of crimes of sexual violence, acts of torture, kidnappings and sequestrations, fires and looting.

Captain Camara, like the others, listened attentively and without betraying emotion as the court notified him of the charges after having him briefly state his identity, his marital status ("married, father of five children") and professional ("military") and his number. All are soldiers or gendarmes of various ranks. The president chose not to ask them whether or not they were pleading guilty.

Then he adjourned the hearing until October 4 at the request of the defence, which complained of having received the file only the day before. The trial is supposed to last several months.

Strictly procedural, this opening of trial still made the happiness of Asmaou Diallo, president of the Association of victims, parents and friends of September 28, 2009. "It's only the beginning, but I tell you it's the best day of my life: to see these executioners, Moussa Dadis Camara in the lead, in the dock, it's incredible but true, and we thank the good Lord for having lent us life until this day".

"They will pay for their forfeiture," she predicted.

The victims have been waiting for this historic trial for a long time, the first of its kind in a country ruled for decades by authoritarian regimes, where the impunity of almost untouchable security forces has been erected into an "institution", according to an international commission of inquiry. .

On September 28, 2009, the red berets of the presidential guard, police officers, gendarmes and militiamen shed blood by repressing a gathering of tens of thousands of opposition supporters, gathered in a stadium in the suburbs of Conakry to demonstrate their strength peacefully and dissuade Mr. Camara from running for president in January 2010.

The abuses, perpetrated with unbridled cruelty and inhuman coldness according to witnesses, continued for several days against kidnapped women and tortured detainees.

During these days, at least 156 people were killed and hundreds injured and at least 109 women were raped, according to the report of an international commission of inquiry mandated by the UN.

The actual numbers are likely higher.

Exceptionally, the court authorized for history the presence of cameras in the brand new courtroom, inaugurated just before the trial. The meeting was broadcast live on national television.

Karim Khan, prosecutor of the International Criminal Court, an institution likely to replace the Guinean state if it failed to render justice, welcomed the moment.

But, he added, "this is only the beginning of a process", and the ICC will follow the progress of the trial "very closely".

The international commission charges Captain Camara with "personal criminal responsibility" for the events, because the officers and units involved were under his command and, whether or not he gave the order to carry out the crimes, he did nothing made to prevent them.

Brought to power by a coup nine months earlier, dismissed a few months after the massacre, exiled since in Burkina Faso, Captain Camara, 58, returned overnight from Saturday to Sunday in Conakry to take part in his trial and , according to those close to him, "wash (his) honor".

He slept for the first time in prison. Justice on Tuesday ordered his detention as well as that of his co-defendants still free.

The procrastination of power has long cast doubt on the holding of this trial.

Lack of political will and an apparent fear of reigniting old demons have been blamed for the delays.

The trial finally opened under a new junta leader, Colonel Mamady Doumbouya, who came to power by force in 2021.

Defenders of rights, however, recall the turn of the screw given in recent months to freedoms, and demand that the trial not be a pretense. 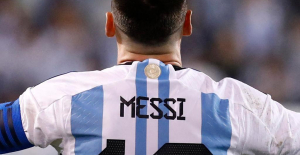 These are the World Cup games on November 26th