Climate activists in Norway have attempted to glue themselves to the frame of a world-renowned painting by artist Edvard Munch. 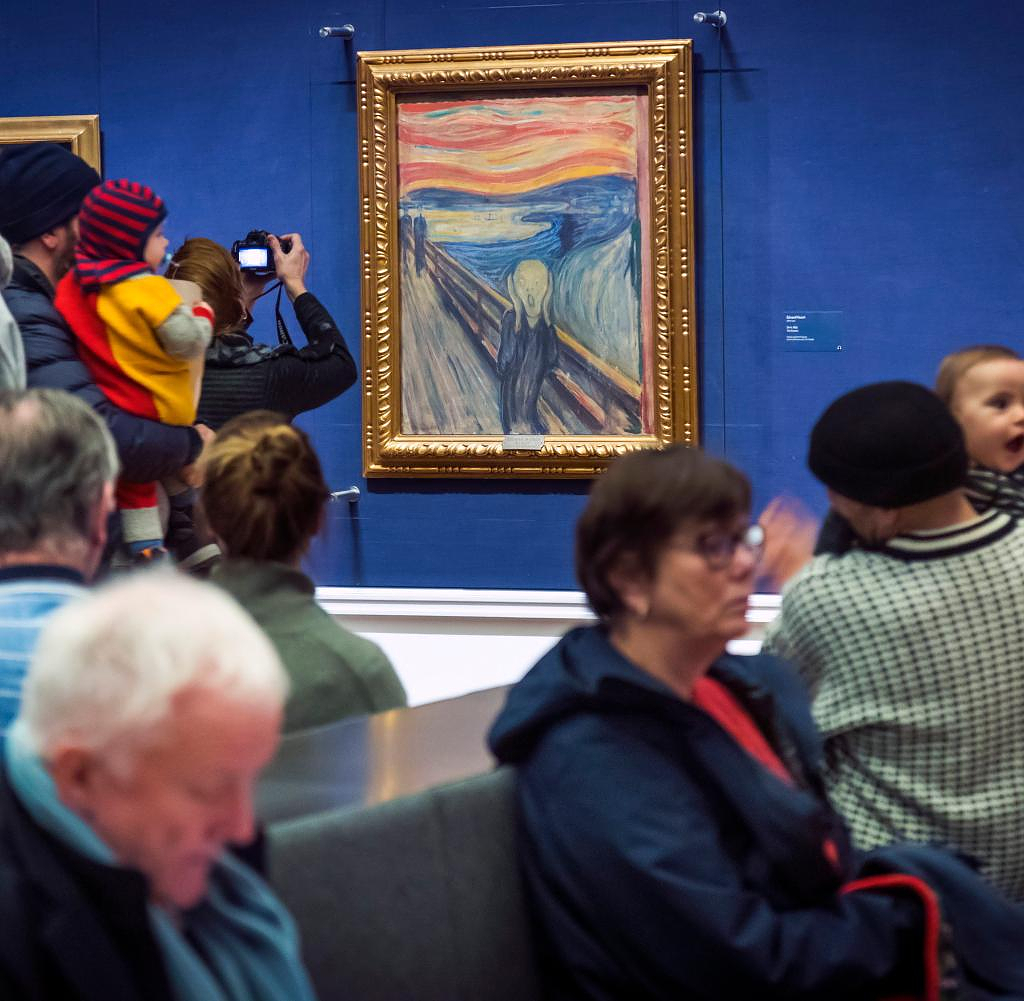 Climate activists in Norway have attempted to glue themselves to the frame of a world-renowned painting by artist Edvard Munch. Guards at the National Museum in Oslo arrested three people, two of whom attempted to cling to a painting, Oslo police said on Friday. The theme was "The Scream". The attempt failed, but adhesive residue remained on the glass holder, the police wrote on Twitter. Damage to the painting was not reported.

"The Scream" is considered the most famous motif of the Norwegian artist Munch (1863-1944). A version of it from 1893 hangs in the Scandinavian country's new national museum, and three others in the Munch Museum, also in the capital, Oslo.

The activists came from the group Stop Oljeletinga (Stop Oil Exploration). According to the police, three women from Finland, Denmark and Germany were arrested - their connection to Norway is being examined. In a statement, the group called, among other things, for the immediate halt of all licenses for the exploration and development of new oil and gas deposits on the Norwegian continental shelf. Norway is one of the largest oil and gas producers in the world.

In recent weeks, activists have attacked various works of art in various European museums and galleries to draw attention to the climate and environmental crisis, including in Potsdam. Tomato soup was thrown at Dutch artist Vincent van Gogh's famous work "Sunflowers" at London's National Gallery in mid-October before activists from the group "Just Stop Oil" glued themselves next to it.

‹ ›
Keywords:
NewsteamUmweltaktivistenNorwegenTexttospeechOsloEdvard MunchVincent Van GoghTwitterDänemarkFinnlandPotsdamLondon National GalleryJust Stop OilKrimiPolizeiKlebereste
Your comment has been forwarded to the administrator for approval.×
Warning! Will constitute a criminal offense, illegal, threatening, offensive, insulting and swearing, derogatory, defamatory, vulgar, pornographic, indecent, personality rights, damaging or similar nature in the nature of all kinds of financial content, legal, criminal and administrative responsibility for the content of the sender member / members are belong.
Related News