"Changes have to be made and evolve," the candidate to preside over the entity underlines at a press conference. 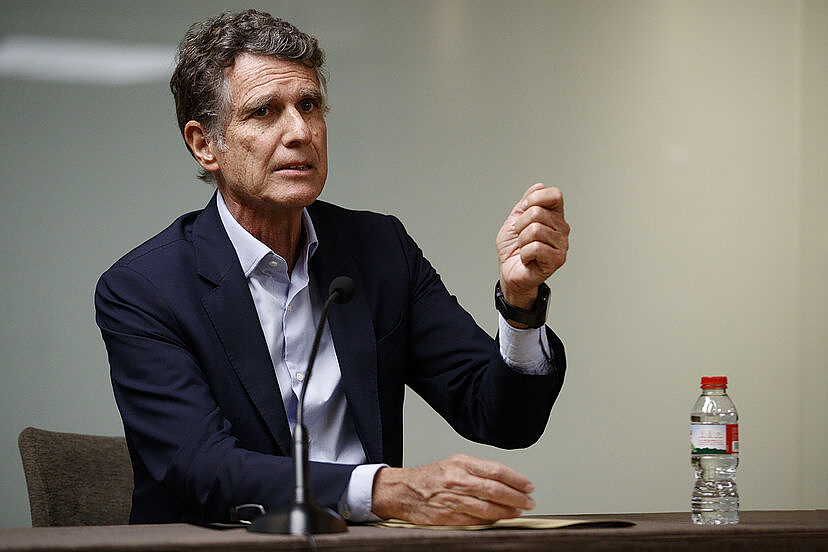 "Changes have to be made and evolve," the candidate to preside over the entity underlines at a press conference.

The candidate for the presidency of the Circle of Economy and former CEO of Banco Sabadell, Jaume Guardiola, publicly presented the coordinates of his project this Tuesday, although he leaves for later to specify who will accompany him in the ca

‹ ›
Keywords:
CatalunyaCataluñaPolítica
Your comment has been forwarded to the administrator for approval.×
Warning! Will constitute a criminal offense, illegal, threatening, offensive, insulting and swearing, derogatory, defamatory, vulgar, pornographic, indecent, personality rights, damaging or similar nature in the nature of all kinds of financial content, legal, criminal and administrative responsibility for the content of the sender member / members are belong.
Related News