The semifinals of the GranaJovenChef culinary competition were held at Pilsa Educa. 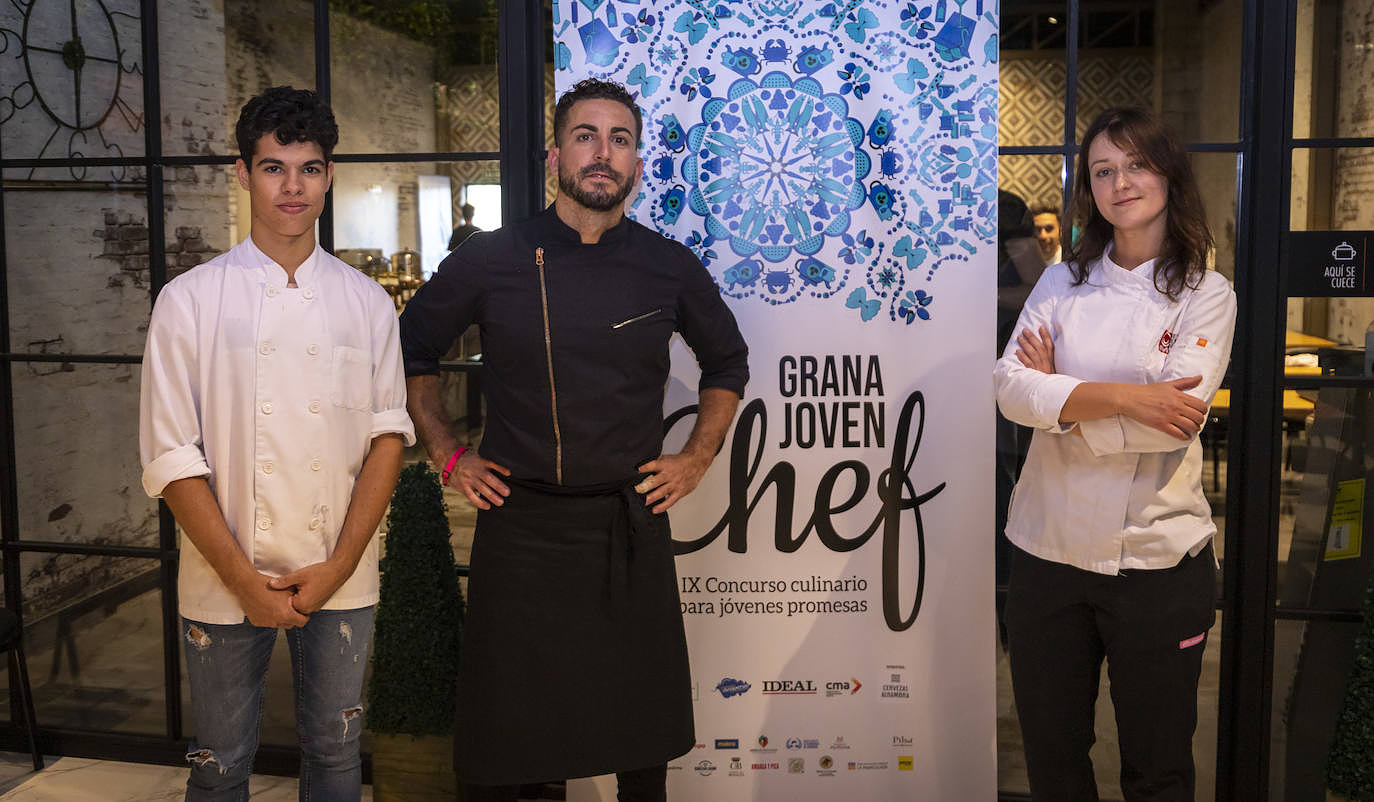 The semifinals of the GranaJovenChef culinary competition were held at Pilsa Educa. This contest, which was organized by IDEAL, the Department of Youth of the Granada City Council and is open to young chefs aged 18-35 years old, has been hosted by Pilsa Educa.

After tasting the dishes, and after much deliberation, three chefs were selected by the jury to participate in GranaJovenChef's grand finale. It will take place at La Inmaculada School of Hospitality on June 6.

Juan Carlos Reyes from Malaga presented a lamb pie with broad bean pionono, asparagus cream, and a lamb pie with lamb pie; Valencia Nadia Abramova, a Russian based in Valencia, made a complex elaboration using the Segureno Lamb as a base and presented it in various formats; and Sergio Granados from Granada, who only 18 years old, presented hake steamed and tarragon.

Jorge Ruiz with his shrimp from Motril and pickled peas with sand and veil ham; Francisco Javier Manceras with his Granada style broad beans and Angel Pastor with low-temperature ocean bass on corn veloute and yellow pepper, and peas with salicornia and caviar substitute were the other semifinalists.

Rafael Arroyo, the president of the jury has highlighted the high standard of chefs participating in the contest, who are able to make complex dishes in very short periods of time. He also highlighted the importance of using products from Granada, as well as the fact that GranaJovenChef is being presented by more chefs outside of Granada. This demonstrates the popularity of the contest and its acceptance at a national level.

In addition to Arroyo and chefs Javier Feixas, Txema Uda, Inmaculada Ciriado, director of La Inmaculada Cooking School, Jose Antonio Gutierrez Hernandez on behalf of the City Council of Granada, and Rut Callejon for IDEAL, made up the jury.

During the final, the winner of GranaJovenChef's Granada Official College of Veterinary Food Safety Award will be announced.

‹ ›
Keywords:
FinalistasConcursoCulinarioGranajovenchef
Your comment has been forwarded to the administrator for approval.×
Warning! Will constitute a criminal offense, illegal, threatening, offensive, insulting and swearing, derogatory, defamatory, vulgar, pornographic, indecent, personality rights, damaging or similar nature in the nature of all kinds of financial content, legal, criminal and administrative responsibility for the content of the sender member / members are belong.
Related News