Global warming: the last warning shot from the UN on the eve of COP27

This is a last warning before COP27, which will begin in ten days in Egypt. 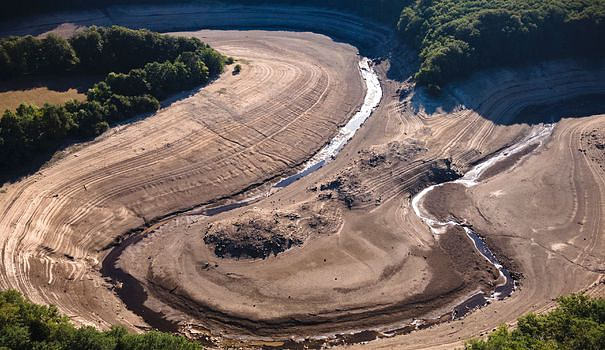 This is a last warning before COP27, which will begin in ten days in Egypt. In a report published this Thursday, October 27, the United Nations raises its tone for the umpteenth time against the lack of seriousness of the signatory States in their commitments, and calls for an end to "greenwashing".

While human activities are already responsible for a warming of 1.1 degrees compared to the pre-industrial period, the commitments made by each state now have a “66% chance of limiting global warming to around 2.6 degrees. C during this century" if our practices do not change, calculates the report. A result "pitifully not up to par", launched the secretary general of the organization, Antonio Guterres, in a scathing video message. “We are heading for a global catastrophe,” he added.

A prospect that is indeed extremely far from the objective announced collectively in 2015 by the 196 signatories of the Paris Agreement, who together promised to limit global warming to 1.5 degrees, in order to avoid a drastic upheaval in ecosystems and the human life. The "only possible option" now, warns the UN: "the rapid transformation of our societies", in order to halve our greenhouse gas emissions by 2030, a trajectory that we are not absolutely following for the time being. not.

States determine their own greenhouse gas reduction targets, technically called "nationally determined contributions". Currently according to the UN, the objectives set by 166 countries would lead the planet to a minimum warming of 2.4 degrees, if they are held. COP26 had already called on the 200 signatories to strengthen them in letters detailing their plans to reduce emissions. By the end of September, only 24 countries had raised their ambitions.

While the year 2022 has seen an increase in extreme climate events all over the world, "the progress made since COP26 in Glasgow has been woefully insufficient" in terms of reducing emissions, not even meeting these initial commitments, points out the 'UN. If the States follow their current trajectory "without additional reinforcement" of their public policies, the rise in temperature could reach 2.8 degrees, warns the report. France in particular should not "be able to keep its promises for 2030 without reinforced action".

Taking into account the national announcements of the desire for "carbon neutrality" by 2050 which have recently multiplied, the increase could in theory be contained to 1.8°C, returning to the nails of the Paris Agreement. But "this scenario is currently not credible", immediately tempers the report. UN Secretary General Antonio Guterres is even clearer: "Carbon neutrality commitments are worth nothing without plans, policies and actions to support them", he denounced during his speech. . Before adding that "our world can no longer afford to greenwash".

To meet the short-term objectives for 2030 and keep temperatures below 2 degrees or 1.5 degrees, massive and unprecedented cuts must take place over the next 8 years. The reductions "must reach 30% and 45% respectively", details the report. For this, it is impossible to adopt a "step by step" strategy. On the contrary, "a large-scale, large-scale, rapid and systemic transformation is now essential", press the UN. Currently, the effective implementation of the commitments would only result in a drop in global emissions of 5% to 10% in 2030.

Relatively good news, a report from the International Energy Agency, published on Thursday, announces that if countries keep their promises to invest in low-carbon energies, it would be possible to reach a peak in CO2 emissions linked to energy in 2025. Antonio Guterres, for his part, called for the creation of a "historic pact" between the developed and emerging economies of the G20 to boost the transition.