"Those who criticize the World Cup are hypocrites", "what is happening at the moment is deeply, deeply unfair", said the president of Fifa, who had started his press conference with a long speech where he said he was feel "Qatari", Arab", "African", "gay", "disabled", "migrant worker" all at the same time. 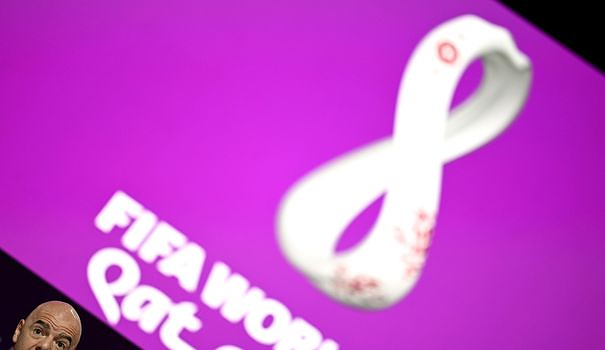 "Those who criticize the World Cup are hypocrites", "what is happening at the moment is deeply, deeply unfair", said the president of Fifa, who had started his press conference with a long speech where he said he was feel "Qatari", Arab", "African", "gay", "disabled", "migrant worker" all at the same time...

This press conference, which opened with an hour-long monologue, was held the day before the opening match between the host country, Qatar, and Ecuador, at the Lusail stadium in Doha.

He referred to articles published in several countries, Spain, England, France, describing as "false supporters" the fans of South Asia showing their support for teams taking part in the World Cup. "It's pure racism. Everyone in the world has the right to encourage whoever they want."

Since its appointment to organize the event in 2010, Qatar has been the target of strong criticism, which has intensified further as the event approaches: accusations of corruption, criticism of the environmental impact, human rights, in particular those of LGBTQ people and migrant workers - including those who worked on World Cup sites.

Qatar is the first Arab country to organize this event, and the leaders of the rich gas emirate no longer hide their anger at the flood of criticism, denouncing "racism".

As for the volte-face of the Qatari authorities who suddenly banned the sale of alcohol near the stadiums on Friday, it was brushed aside by the Swiss: "I personally think that we can survive without beer for three hours. Whether in France, Spain, Scotland."

Beyond the consumption of alcohol in itself, several associations of supporters were worried about this sudden reversal. How can you be sure that there won't be any on other subjects? What will happen if foreign supporters sport the rainbow colors or if couples show signs of affection, in this conservative country where homosexuality and sex outside marriage are criminalized?

Several Western selections have reiterated their intention not to evade these human rights issues during their stay in Qatar.

The English and German federations have warned that they are ready to pay fines imposed by Fifa if necessary. The Americans want to adorn their base camp with a multicolored flag.

The captains of eight selections have also stated their intention to wear an inclusive armband during the competition. The goalkeeper of the French world champions, Hugo Lloris, however, announced that he was renouncing this initiative, which earned him criticism in his country. But England captain Harry Kane's arm will be watched by millions on Monday ahead of the game against Iran.

This question of human rights therefore continues to dominate the news of the World Cup on the eve of the curtain raising.

Most of the 32 teams have arrived. Brazil, expected overnight from Saturday to Sunday, will be the last selection to land, with no doubt thousands of supporters to welcome Neymar and Co.

Gianni Infantino doubtless dreams that the probable scenes of jubilation will help to finally put football in the foreground and to forget the controversies.