Girls were left to starve and the corpses were sold

Women in India often do not expect a pleasant fate. 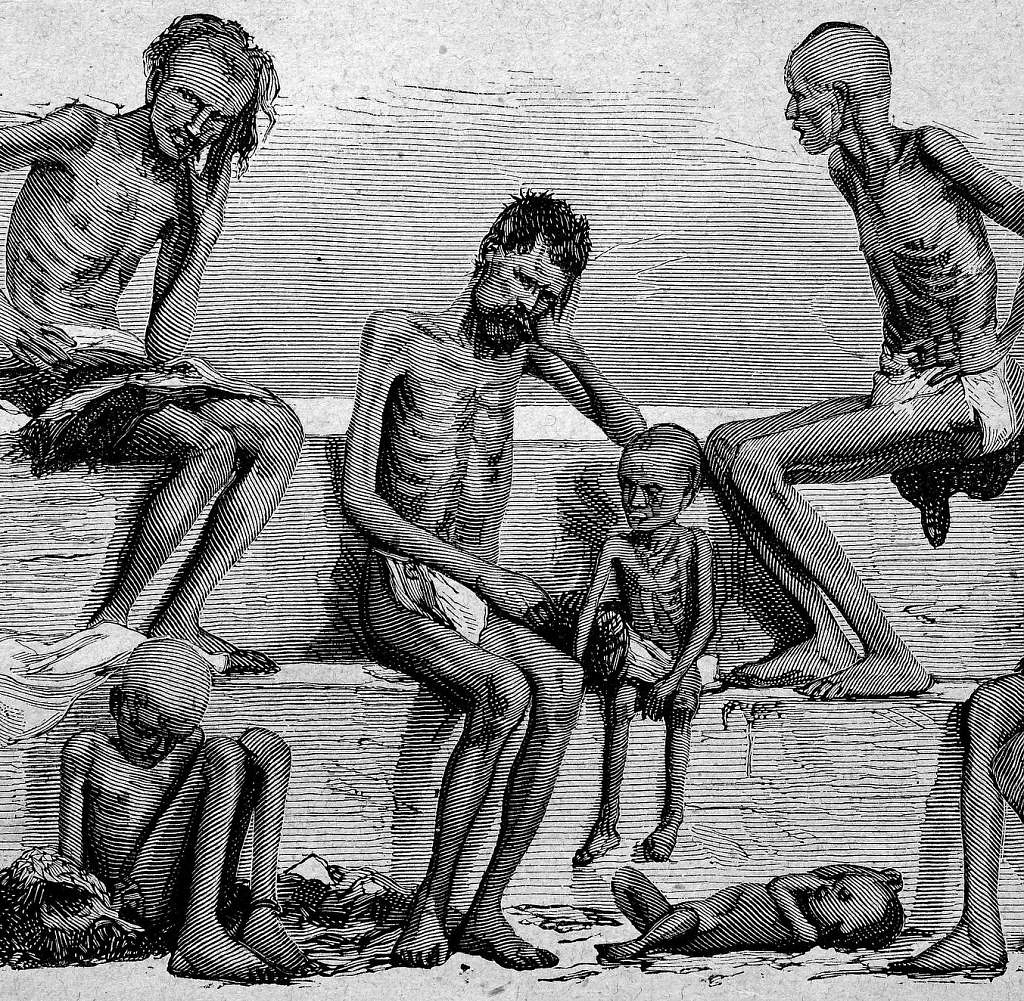 Women in India often do not expect a pleasant fate. Reports of rapes or even widow burning testify to excesses that are part of everyday life, at least in rural areas. The numbers determined by demographic researchers are just as brutal. According to this, in northern Indian Punjab there are only about 800 girls for every 1000 boys, in the neighboring state of Haryana the ratio is 1000 to 820, and in the whole of India 1000 to 927.

The fact that girls have a lower chance of being born at all can be explained by the fact that sons are still held in much higher esteem in Indian society. Girls marry early and move into the husband's family, so they are absent from the workforce and also have to be provided with a dowry. Because of this, girls often receive poorer nutrition and poor medical care compared to boys. Another factor scientists have identified is gender determination with ultrasound. It means that far more female fetuses are aborted than male ones.

During the great famines that have shaken India throughout its history, disregard for girls reached appalling proportions. Because the monsoon, which brings the vital rain, does not blow regularly, so that the harvests were subject to large fluctuations. According to a survey book from the time of the Great Mughals, the farmers around the western Indian city of Surat cultivated just 2.8 hectares of land around 1600, of which 0.6 hectares were used for growing grain. Disasters were programmed with it.

"To the outside observer, the farmers appeared as a mass of have-nots that was difficult to differentiate and had to suffer horribly from regular afflictions (hunger, disease, heat)," writes the Islamic scholar Stephan Conermann in his history of the Mughal Empire. For example, out of 25 villagers who testified before the judge of Mathura in what is now Uttar Pradesh between 1653 and 1717, more than ten were marked by smallpox.

In the 17th century, when the Mughal emperors were at the peak of their power - the famous Taj Mahal tomb near Agra was completed in 1643 - a famine catastrophe once again hit the subcontinent. Probably as a result of the Little Ice Age, which also led to a significant drop in the average temperature in Asia, unusual periods of drought ruined the harvests from 1630 onwards. Around four million people are said to have fallen victim to starvation by 1639.

"People wandered helplessly back and forth after leaving their towns and villages," reported a Dutch merchant. “Her condition was immediately recognizable: sunken eyes, pale face, foaming lips, protruding jaws, a stomach like an empty sack. Some roared with hunger and begged for alms.” In some areas, “the whole country was covered with corpses that remained unburied.”

A disproportionate number of these were female. According to British science journalist Chris McNab, a quarter of the million people who died from starvation in 1630/31 alone were said to have been girls under the age of 14. Many starving families tried to get their sons through the disaster. Girls were starved. Their bodies were sold. Because human flesh was even offered on the markets because of hunger.

The result became visible a few years later. There was a lack of marriageable women everywhere.

The same phenomenon can be observed today in many Asian countries. In China in particular, the one-child policy decreed by the state until 2015 has led to a drastic shift in the gender ratio. The possibilities of – forbidden – early diagnostics meant that in 2009 there were 120 boys for every 100 girls born. In India the ratio was 100 to 113.

Proponents of the so-called youth bulge theory see it as a ticking time bomb. They refer to the clear "bulge" of the age pyramid at its base between zero and 25 years. It is said that young, single men tend to be violent and form the critical mass that has repeatedly erupted in wars throughout history.

This approach could be one reason why the Mughal Emperor Aurangzeb (1658-1707) led his vast empire into endless wars - and stretched its powers immeasurably. Only a few years after his death, the empire was a shadow of its former self and easy prey, first for Persian and then for British invaders.

‹ ›
Keywords:
IndienOstIndienKompanieEiszeitenDemografieNeuzeitHungersnot (Geo: Ukr)GroßmogulnGeschichteLeicheKleine EiszeitKrimiAsienFacebook
Your comment has been forwarded to the administrator for approval.×
Warning! Will constitute a criminal offense, illegal, threatening, offensive, insulting and swearing, derogatory, defamatory, vulgar, pornographic, indecent, personality rights, damaging or similar nature in the nature of all kinds of financial content, legal, criminal and administrative responsibility for the content of the sender member / members are belong.
Related News