Berlin's Governing Mayor Franziska Giffey expects a wave of lawsuits if the Senate should give the go-ahead for a law on the expropriation of large housing companies. 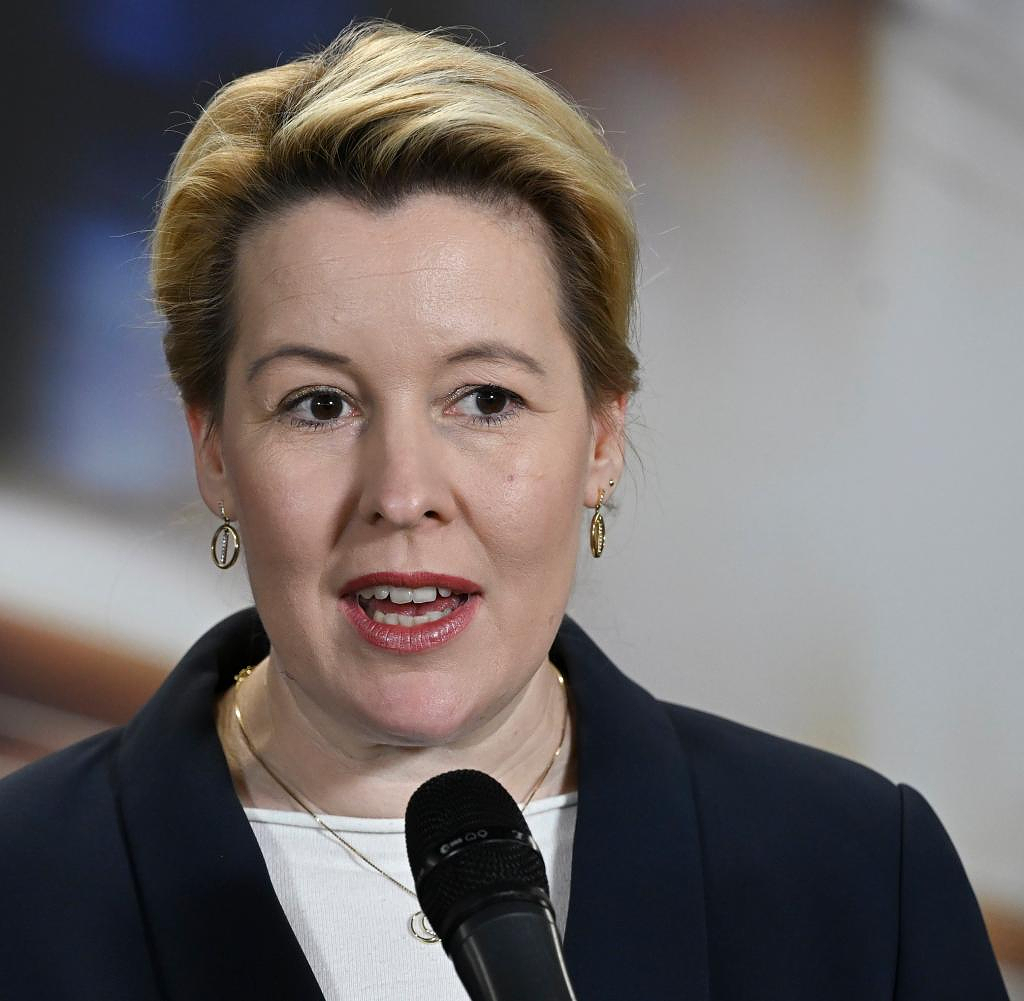 Berlin's Governing Mayor Franziska Giffey expects a wave of lawsuits if the Senate should give the go-ahead for a law on the expropriation of large housing companies. "I want to make sure that our approach does not fail before the Federal Constitutional Court. That's why we commissioned the expert commission to examine whether it is possible in principle and whether it would be applicable to apartments at all," Giffey told the German Press Agency.

It is necessary to assess the economic, financial and legal consequences. “What are the risks in terms of a spate of lawsuits that we can expect? People will resist being expropriated,” said the SPD politician.

"When the time comes, we have to discuss whether the Senate in Karlsruhe will have a preliminary examination done," said Giffey. Others would complain to the Federal Constitutional Court anyway. "This will mean that we will have an unclear situation for years," said the governing mayor and SPD state chairwoman. “The Senate must position itself next year when the final report is available. That much is clear. The expert commission will not make the decision for the politically responsible.”

The commission, headed by the former Federal Minister of Justice Herta Däubler-Gmelin (SPD), has been advising since April on whether and, if so, how the concerns of the “Expropriate German housing and co.” initiative, which was successful with its referendum in September 2021, can be implemented.

Berlin's FDP parliamentary group leader, Sebastian Czaja, has accused the governing mayor, Franziska Giffey, of allowing the coalition partners to blackmail her when it comes to the expropriation of large housing companies. "The governing mayor has a credibility problem when it comes to referendums," Czaja told the German Press Agency. “The Greens and the Left have said yes to expropriation. You can see that it's about emphasizing the issue again in the election campaign and showing solidarity with the expropriators," said the opposition politician.

“We need new housing and shouldn't spend billions on compensation. Ms. Giffey and Mr. Geisel may also see it that way, but they have to be considerate of the Greens and the Left,” said Czaja. "But then they have to change the coalition and do what corresponds to their political convictions and not allow themselves to be blackmailed."

The FDP is strictly against expropriation. "We think that's wrong, because only a change of ownership takes place, but not a single new apartment is built. Rents will not go down either, as the Commission itself has already stated,” explained Czaja. "Especially in this city with its history, with a view to expropriations, something like that will not happen politically with us."

In the event that the Senate decides on an expropriation law, Czaja held out the prospect of taking legal action before the Federal Constitutional Court: "Of course we will keep all avenues open to examining how - if this Senate does it and Giffey again breaks her word, can take legal action against it.”

In the 2021 referendum, a good 59 percent of voters voted for the expropriation of real estate companies with more than 3,000 apartments in Berlin. The commission should present its results by the end of April or beginning of May.

‹ ›
Keywords:
NewsteamGiffeyFranziskaEnteignungenSPDApple PodcastPolitikFranziska GiffeyBundesverfassungsgerichtGrüneEnteignungsgesetzEnteignungKlagewelle
Your comment has been forwarded to the administrator for approval.×
Warning! Will constitute a criminal offense, illegal, threatening, offensive, insulting and swearing, derogatory, defamatory, vulgar, pornographic, indecent, personality rights, damaging or similar nature in the nature of all kinds of financial content, legal, criminal and administrative responsibility for the content of the sender member / members are belong.
Related News