Post a Comment Print Share on Facebook
Famagusta
DOLLAR 18,81
EURO 20,52
GOLD 1.164,74
BIST 5.121,08
"Young people make rules for themselves that they would not have...
New Year's Eve, the media and "inconvenient truths"
“I will still do something to this woman”
Cruise tourism takes Barcelona back
New Year's Eve, the media and "inconvenient truths"
The "lateral thinker" that we loved - he lives
“It is important to win over these Muslims as loyal citizens”
The true superpower of the Christian message
"The Russians in Switzerland know: Putin is finished"
The secret of the many Amazon "No. 1 bestseller”

Ghosn case: arrest in May of a suspect in the United Arab Emirates

The Indian Divyendu Kumar, general manager of the Omani automobile distributor Suhail Bahwan Automobiles (SBA) from 2008 to 2018, "was located in Abu Dhabi and arrested on May 9, 2022", said a source familiar with the matter. 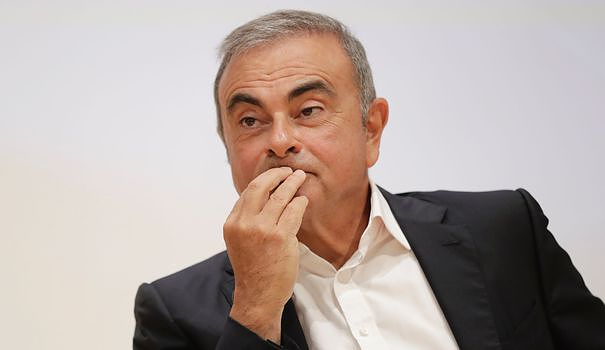 The Indian Divyendu Kumar, general manager of the Omani automobile distributor Suhail Bahwan Automobiles (SBA) from 2008 to 2018, "was located in Abu Dhabi and arrested on May 9, 2022", said a source familiar with the matter.

In June, the Ministry of Justice transmitted an extradition request to the Emirati authorities, added this source.

Mr. Kumar, who also had responsibilities at Tata Motors, is the first man to be arrested out of the five arrest warrants issued on April 21, as part of a judicial investigation opened in February 2020 in Nanterre.

An investigating judge suspects a money laundering scheme in an organized gang and corruption between Carlos Ghosn and four SBA officials.

These four leaders are the billionaire and founder of SBA Suhail Bahwan, his two sons and the former managing director of SBA, Divyendu Kumar. Mr. Kumar is suspected of "organized money laundering", "misuse of corporate assets" and "active corruption". Carlos Ghosn would be the beneficiary.

The defense team of Carlos Ghosn, now 68, declined to comment on Mr. Kumar's arrest. Neither did Renault and his lawyer, Me Kami Haeri.

According to a source close to the investigation, serious or concordant indications lead to the suspicion that Carlos Ghosn ordered the payment of bonuses from Renault to the SBA distributor, "masked by a certain number of accounting entries", and part of which was then sent to front companies belonging to Carlos Ghosn's entourage.

Over the years, SBA, which obtained the Oman market in 2005, has extended its distribution scope - Saudi Arabia in 2010, Iran in 2013 - to become an important partner of Renault.

After the arrest warrants were issued in April, Renault announced that it had initiated a strategic review of its relationship with SBA. Since then, "this review has been completed and the contract with SBA has not been renewed," said a source familiar with the matter to AFP.

In addition to the investigation in Nanterre, Carlos Ghosn is the target of a judicial investigation in Paris relating to the contracts signed by a subsidiary of Renault Nissan, RNBV, and by an arrest warrant from the Japanese justice, country where the former magnate of the automobile was to be tried for financial embezzlement before it fled to Lebanon at the end of 2019.