The night before, Martin Schindler had once again sent a challenge to the number one in the world. 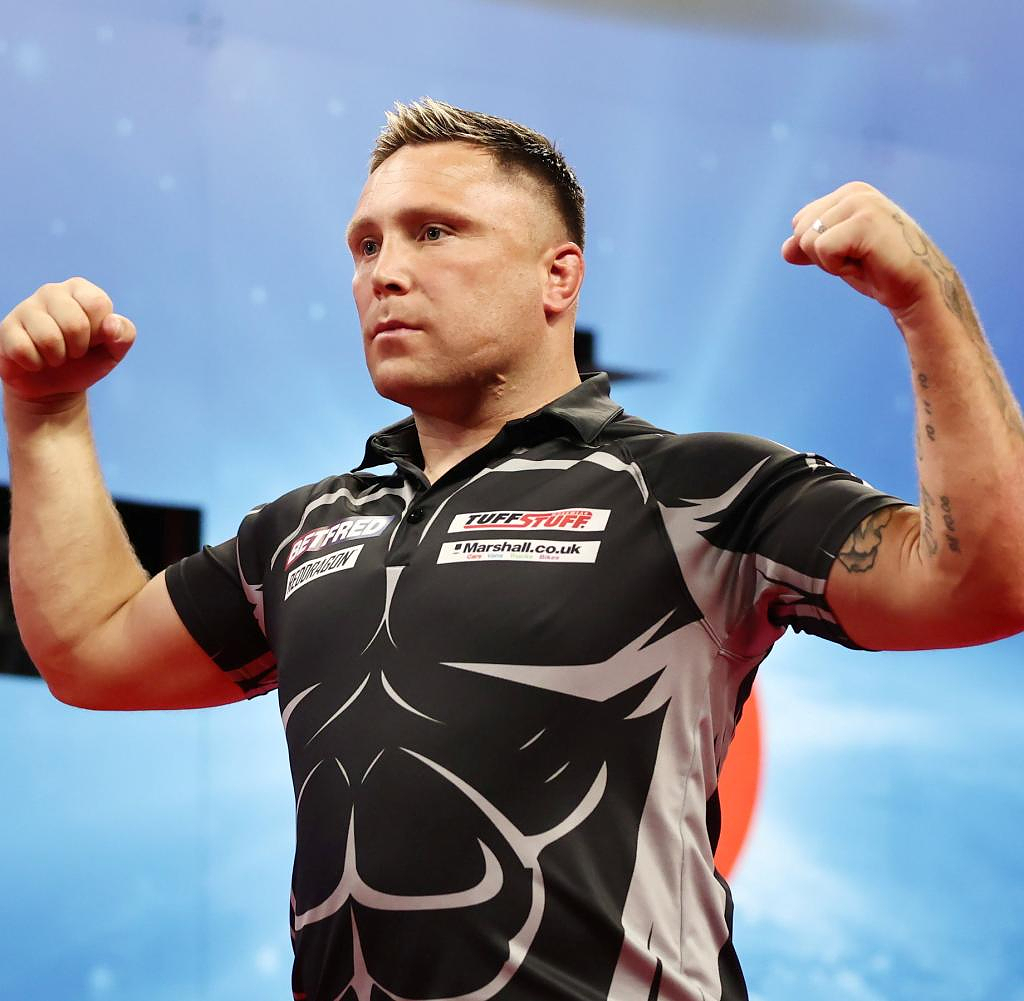 The night before, Martin Schindler had once again sent a challenge to the number one in the world. The 26-year-old remembered that there was still one or the other bill to be settled after his safe 6:3 win at the German Darts Open against the Dutchman Danny van Trijp with a view to his next opponent.

However, his name was Gerwyn Price in the round of 16. The Welshman, number one in the darts world, had inflicted two memorable defeats on Schindler in his last appearances on the big stage. In June at the World Cup of Darts he defeated Strausberger with the best game he had ever shown: 117.88 points on average and no misses on the doubles made for a smooth 4:0.

In July at the World Matchplay, Schindler got the most difficult draw possible and hit the “Iceman” right at the start, but was able to balance the match at 8:10 for a long time. So now the time seemed ripe for the home game.

"Here comes Germany's number two," the Master of Ceremonies Philip Brzezinski announced to the audience in Jena about the Germans in the best form this year. But the last remaining professional in black, red and gold at the German Darts Open still needed some time to make himself noticed.

Price was confident and stable. The Welshman didn't offer the German any weaknesses and ended the one-sided duel 6-1 and a world-class average of 106.13. Schindler's decent 93.16 points weren't enough.

"I think I played really well," said Price cautiously, and finally had extra praise for the audience ready: "The spectators in Germany really treat me with a lot of respect. It hasn't always been like this, but it has been especially so in the past six months. I really appreciate that.”

Unlike so often on the tour, the boos against his person remained the exception. Above all, however, the fans in Jena had the necessary respect for the athletes: no whistles or shouts during the throwing motion as in other tournaments. beneficial.

In terms of sport, on the other hand, not everything went according to plan from a German point of view. While Schindler secured 3,000 euros in prize money with his win against van Trijp and jumped into the top 40 of the Order of Merit, the German number one had another first round to go.

Gabriel Clemens had an outstanding average of 107.35 in his match against Englishman Martin Lukeman on Friday night and only made three penalties on the doubles, but still lost 6-1. An annoying defeat that made him tremble more than ever before qualifying for the European Championships. According to the current status, the “German Giant” would not be there in Dortmund.

Like Clemens, Lukas was also awaiting the end in the first lap on Friday. He was defeated by the Scotsman Alan Soutar 3:6. Dragutin Horvat, on the other hand, made it into Saturday. The man from Kassel defeated Jeff Smith from Canada 6:4, but lost out to Jose de Sousa 4:6 in the second round.

‹ ›
Keywords:
SchindlerMartinDartsPriceGerwynClemensGabrielSmartphone
Your comment has been forwarded to the administrator for approval.×
Warning! Will constitute a criminal offense, illegal, threatening, offensive, insulting and swearing, derogatory, defamatory, vulgar, pornographic, indecent, personality rights, damaging or similar nature in the nature of all kinds of financial content, legal, criminal and administrative responsibility for the content of the sender member / members are belong.
Related News