Germany to withdraw troops from Mali by May 2024

"The German government has decided today to propose to the Bundestag to extend for the last time by one year, in May 2023, the mandate of the Bundeswehr intervention in Mali, so that this intervention ends in a structured way, after ten years," spokesman Steffen Hebestreit said in a statement. 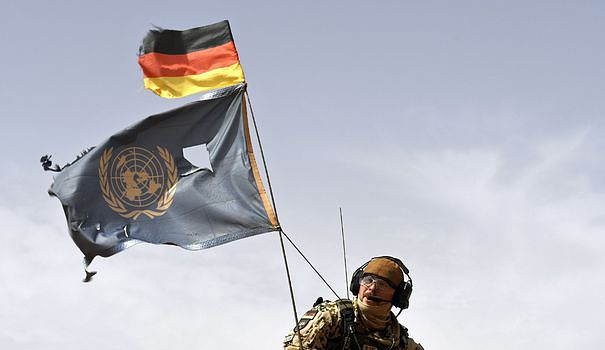 "The German government has decided today to propose to the Bundestag to extend for the last time by one year, in May 2023, the mandate of the Bundeswehr intervention in Mali, so that this intervention ends in a structured way, after ten years," spokesman Steffen Hebestreit said in a statement.

This final extension "takes particular account of the elections in Mali, scheduled for February 2024", specifies the same source.

The decision was communicated after a meeting between the Chancellery, the Ministries of Defense and Foreign Affairs, which was attended by Chancellor Olaf Scholz.

It comes as the future of the UN mission, in place since 2013 to stabilize the country threatened with collapse under the jihadist push, is increasingly uncertain: six countries have decided in the space of a few months to stop or suspend the participation of their soldiers.

The Bundeswehr is an important contributor to this mission with a contingent of up to 1,400 men.

A government source told AFP last week that the German withdrawal would take place by the end of 2023.

But the decision to withdraw from the UN mission, and the precise timetable, have caused tensions within Germany's ruling coalition, several media reported.

Defense Minister Christine Lambrecht, from the Chancellor's Social Democratic Party, and the military have been pushing for a withdrawal for months, arguing that Mali's military junta is preventing troops from carrying out their mission. , reported the weekly Spiegel.

But Foreign Minister Annalena Baerbock of the Greens opposed a withdrawal, saying the mission was necessary to protect the country's civilian population and that a departure would damage Germany's international reputation. .

The city of Gao, in eastern Mali, is home to the main camp of the German army.

Bundeswehr reconnaissance flights to ensure the security of their patrols have experienced several interruptions in recent months due to tensions with the Malian government, or administrative problems.

The Ministry of Defense said last week that Mali had not granted the required authorizations for its drones since October 11.

The military junta in power in Mali initially pushed the French troops who intervened via the soldiers of the Barkhane force, and left the country this summer, increasing the pressure on the blue helmets of the UN.