Germany: searches in the properties of an oligarch close to Putin

Nearly 250 officers from the Federal Office of Police (BKA) and the tax police took part in these operations in several regions, including Bavaria (south), Baden-Württemberg (south-west), Schleswig-Holstein (north) and Hamburg (north), according to the prosecution, which has not officially specified the identity of the targeted oligarch. 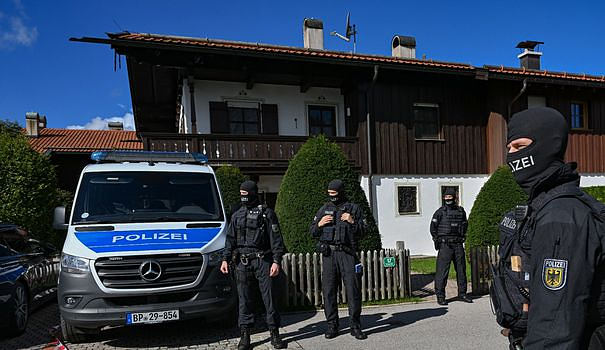 Nearly 250 officers from the Federal Office of Police (BKA) and the tax police took part in these operations in several regions, including Bavaria (south), Baden-Württemberg (south-west), Schleswig-Holstein (north) and Hamburg (north), according to the prosecution, which has not officially specified the identity of the targeted oligarch.

This is Mr. Ousmanov, said sources close to the investigation, confirming information from the weekly Spiegel.

Investigators searched a total of 24 places belonging to the oligarch and four other people, according to Spiegel.

Mr. Usmanov, who would have lived most of the time in Bavaria in recent years, is not himself in Germany, nor in Russia: the investigators believe that he is currently in Uzbekistan, his native country, according to Spiegel .

The 69-year-old Russian billionaire and former president of the International Fencing Federation is notably suspected of having had his property monitored by a security company, while they were on the sanctions list imposed by the European Union on February 28 in response to Russia's invasion of Ukraine.

“It is a question of whether the sanction legislation has been violated,” confirmed BKA President Holger Münch.

"In the current state of the investigation, the volume of the sums of money moved would amount to several tens of millions", for its part indicated the Frankfurt prosecutor's office.

He is presented by the German weekly as a "straw man" of the Russian president in several business cases.

Germany had already seized in April the largest yacht in the world, belonging to Mr. Ousmanov.

The "Dilbar", a ship 156 meters long and worth around 600 million dollars by Forbes magazine, had been since October 2021 at the dock under repair in a shipyard in Hamburg.

Mr Usmanov was ranked sixth in The Sunday Times' 2021 list of the richest people in the UK.

He is one of dozens of Russian billionaires hit by Western sanctions following the start of the invasion of Ukraine.