At the invitation of his German counterpart, Foreign Minister Annalena Baerbock, Pakistani Foreign Minister Bilawal Bhutto Zardari will begin his official visit to Europe in Germany, the political and economic center of the European Union. 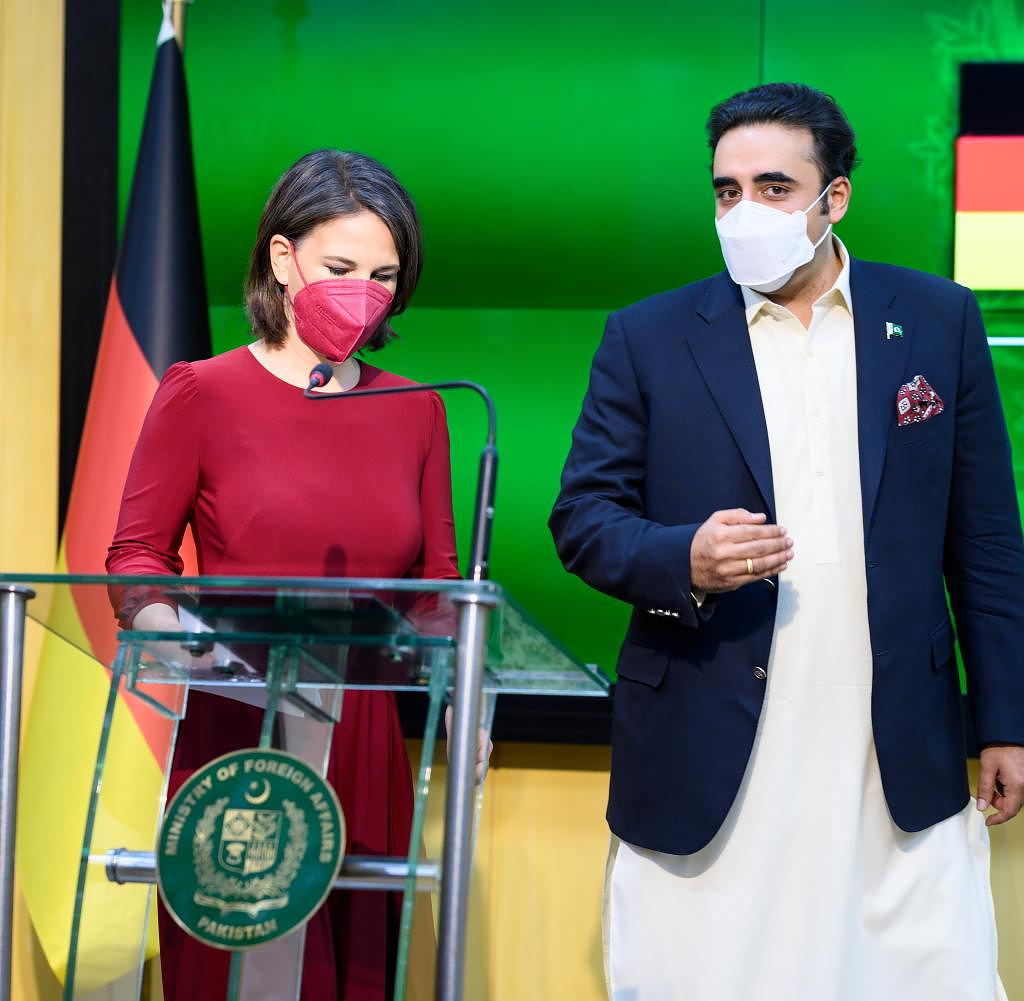 At the invitation of his German counterpart, Foreign Minister Annalena Baerbock, Pakistani Foreign Minister Bilawal Bhutto Zardari will begin his official visit to Europe in Germany, the political and economic center of the European Union. The visit is expected to mark a new phase in comprehensive cooperation between Pakistan and Germany.

Trade and investment are vital to the prosperity of any country - they fuel economic growth, sustain jobs at home, raise standards of living and help people provide for their families.

The Government of Pakistan is committed to ensuring the livelihood of its people and improving their standard of living, and as such places trade and investment at the heart of its foreign policy and economic diplomacy. Despite the challenges posed by the Covid-19 pandemic, bilateral relations between Pakistan and Germany are being further deepened and strengthened.

The spring visits by the German Foreign Minister and the Special Representative for Afghanistan, followed by the Pakistani Ministers for Trade and Industry, Climate Change and the Minister of State for Foreign Affairs, have underscored these growing ties and highlighted Pakistan's unique geostrategic position and our role as a key regional player.

This year's visits followed the positive development of exchanges last year, when the Foreign Minister and the Chief of Staff of the Armed Forces visited Germany, followed by two consecutive visits by the then German Foreign Minister to Pakistan.

During this recent exchange, Pakistan and Germany expressed their mutual understanding to diversify existing ties and engage in stronger, concrete cooperation on climate change, renewable energy, labor mobility and technology transfer. These areas are also in line with the priorities of the new governments in Germany and Pakistan.

In order to put our plans into practice, Pakistan, as a pioneering country, has already signed a declaration of intent for a climate partnership with Germany. The MOU is an important precursor to a broader climate partnership that would open avenues of cooperation to mitigate the adverse impacts of climate change in Pakistan.

We are also working to bridge the urgent shortage of skilled labor in Germany and the huge youth surplus in Pakistan through a labor mobility mechanism that will allow skilled and semi-skilled Pakistani workers easy access to the German labor market. The development of curricula, their recognition and verification according to European standards are important aspects of our efforts.

At present, bilateral trade between the two countries is growing steadily. It amounts to almost 3.9 billion US dollars, with the trade balance being in Pakistan's favour. The granting of preferential tariffs to Pakistan by the European Union in January 2014 has contributed significantly to this gradual improvement in trade numbers.

Diversifying our trading portfolio beyond traditional textiles and surgical products, adding high value-added products to our export mix suitable for the European market, and ensuring better access and reach for our businesses in the German market would be ours decisively advance trade.

Many large German companies such as BASF, BMW, Daimler AG, DHL, Lufthansa Cargo, Merck Group, Metro Cash and Carry and Siemens operate profitably in Pakistan. We will continue to attract German companies to invest in Pakistan through public-private partnerships in the above key areas.

Interpersonal contacts are an essential means of creating awareness of one's own culture, history and tradition. In order to strengthen our presence in Germany and to support our growing diaspora, we will soon open a new consulate general in Munich.

Along with the opening of the state-of-the-art Iqbal Goethe Cultural and Commercial Center, these new developments will help foster the people-to-people contacts that are the bedrock of bilateral relations.

As we prepare to receive the Foreign Minister, I am confident that the decades of mutual goodwill and cooperation between Pakistan and Germany stimulated by the recent exchange will set the ball rolling for more important high-level talks in the near future.

The author currently serves as the Ambassador of the Islamic Republic of Pakistan to Germany.

‹ ›
Keywords:
TexttospeechPakistanAußenministeriumWirtschaftliche ZusammenarbeitDiplomatieBaerbockAnnalenaMünchenEU (Europäische Union)Bilawal Bhutto ZardariAfghanistanDaimler AGAnnalena BaerbockIslamabadTerrorismusHändel
Your comment has been forwarded to the administrator for approval.×
Warning! Will constitute a criminal offense, illegal, threatening, offensive, insulting and swearing, derogatory, defamatory, vulgar, pornographic, indecent, personality rights, damaging or similar nature in the nature of all kinds of financial content, legal, criminal and administrative responsibility for the content of the sender member / members are belong.
Related News