More people are seeking refuge in Germany this year than in the peak year of the refugee crisis in 2015. 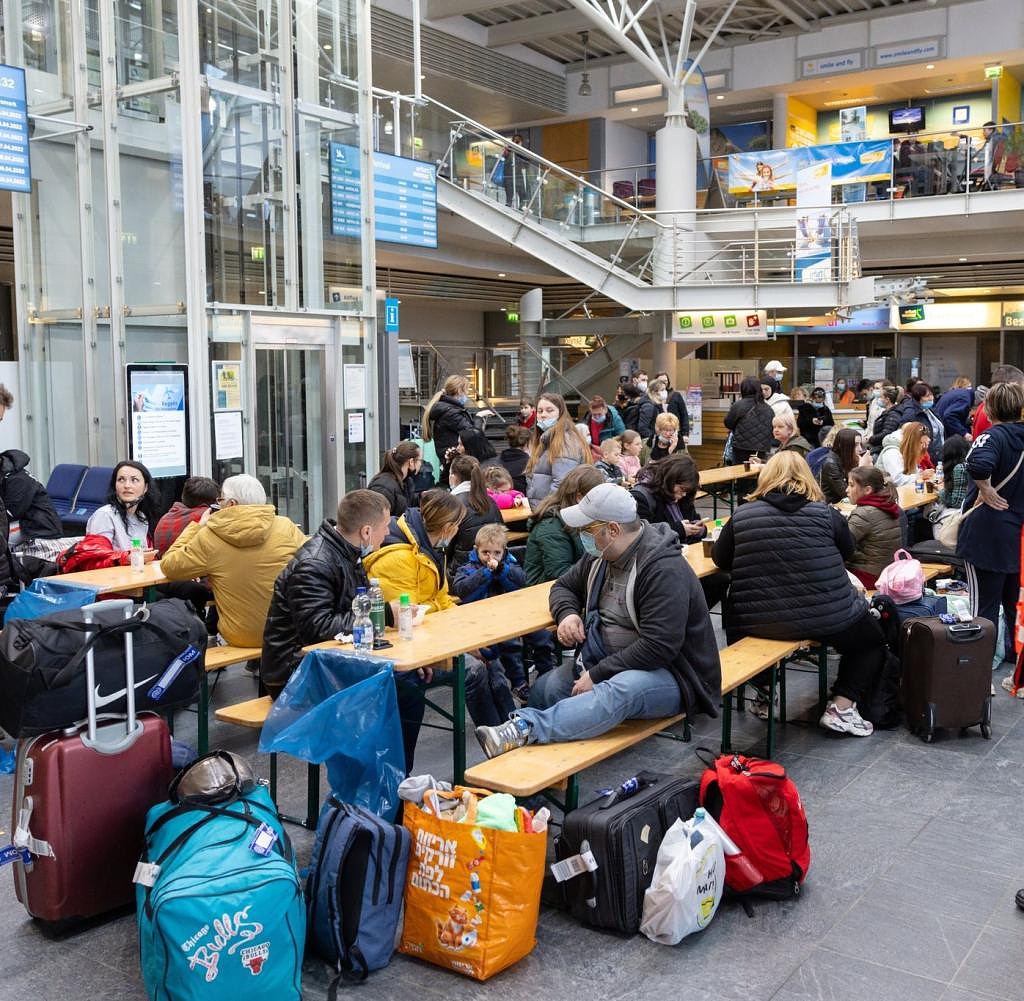 More people are seeking refuge in Germany this year than in the peak year of the refugee crisis in 2015. Around 890,000 migrants were registered at that time, and by 2022 there will be around 1.2 million people. On the one hand, since the beginning of the Russian invasion of Ukraine, more than a million people have fled the embattled country to the Federal Republic. You will receive a residence permit without a procedure.

On the other hand, the influx of asylum seekers is also increasing sharply. According to information from WELT AM SONNTAG, 181,612 such applications were made by the end of October, mostly by Syrians, Afghans, Turks and Iraqis. In November, the number continued to increase. The authorities expect that the 200,000 mark will be reached by the end of the year.

Concern about this development is growing in the federal states and municipalities. Saxony's Interior Minister Armin Schuster (CDU) told this newspaper: "We are approaching 200,000 asylum seekers this year. Exactly this number was only defined as the upper limit in the last legislature.”

If you add the people from the Ukraine, it must be easy to understand, with a view to the supply, "that we are at the limit in the states and municipalities". "We in Saxony stand up for the Ukraine, without ifs or buts," emphasized Schuster. However, the free capacities are soon exhausted.

Bavaria's Interior Minister Joachim Herrmann (CSU) also points to the tense situation. It is obvious “that Germany as a whole is again at the edge of its absorption capacity. One hears calls for help from all parts of the country.” However, the federal government, especially the SPD and the Greens, ignore them.

Herrmann attests to the government's "completely undesirable development" and refers to the decision of the Federal Minister of the Interior, Nancy Faeser (SPD), to want to take in an additional 1,000 Afghans per month, in addition to the local staff who previously worked for Germany. At the same time, the federal government is significantly increasing the incentives to come to Germany “by further increasing social benefits”, said Herrmann: “We are experiencing a massive increase in illegal migration.”

Officials from various immigration authorities confirmed that in many places the upper limit of the reception capacity had been reached and that support was urgently needed. The administrations also reported this situation “very desperately” to the federal government.

A spokesman for the Federal Ministry of the Interior said when asked that the federal government was already supporting the federal states and municipalities in the area of ​​flight and migration with 3.5 billion euros this year. 2.75 billion are to be added in 2023. "It is a great joint humanitarian effort at all levels of government to accommodate and care for the refugees - sometimes under difficult conditions," said the spokesman.

In addition to the financial support, the federal government is providing more than 300 properties with currently more than 67,000 places for the accommodation of refugees. The federal and state governments would talk about further developments – but not until Easter next year.

Manfred Weber (CSU), head of the European People's Party (EPP) and parliamentary group leader in the EU Parliament, said in an interview with this newspaper: "Germany is currently sleepwalking into a new migration crisis." He feared a "dramatic flight winter" and pointed out that not Municipalities are only under extreme pressure in this country – the situation in neighboring countries such as the Netherlands, Belgium and Austria is similar.

Interior Ministers Schuster and Herrmann also see a need for action at EU level. According to Herrmann, "consistent controls at the external borders and a massive reinforcement of Frontex" are decisive. Asylum procedures must take place upon first arrival, those who have been rejected must be sent back to their homeland immediately, and the EU countries should help those who have been recognized in solidarity.

Saxony's Interior Minister Schuster expects the federal government to "have a noticeable braking effect on asylum access via the East Mediterranean route, not just warm words". This also included repatriation initiatives. However, he does not see that Foreign Minister Annalena Baerbock (Greens) is working on repatriation agreements.

Schuster calls for the EU-Turkey agreement to be extended to other countries of origin. "Repatriation may not be part of the Greens' DNA," but "the deportation of those who are obliged to leave the country is essential" for the acceptance of the asylum system. Schuster warned: "If we lose the balance between humanity and order, the German asylum system will be more and more in the process of dissolution."

‹ ›
Keywords:
BüscherWolfgangDingerAlexanderBanseDirkMigrationInvestigationWohnungen Für FlüchtlingeFlüchtlingskriseBuescherWolfgang
Your comment has been forwarded to the administrator for approval.×
Warning! Will constitute a criminal offense, illegal, threatening, offensive, insulting and swearing, derogatory, defamatory, vulgar, pornographic, indecent, personality rights, damaging or similar nature in the nature of all kinds of financial content, legal, criminal and administrative responsibility for the content of the sender member / members are belong.
Related News