“The government is taking over around 99% of Uniper in total,” the German economy ministry said on Wednesday, after several weeks of negotiations. 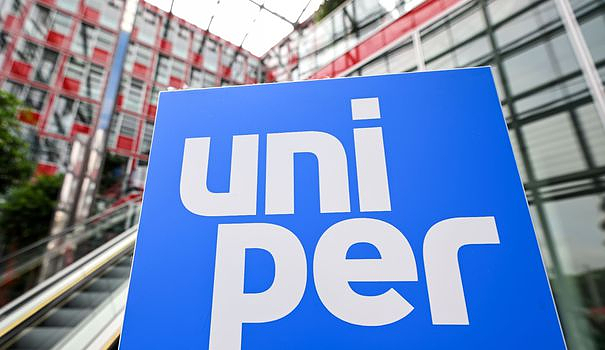 “The government is taking over around 99% of Uniper in total,” the German economy ministry said on Wednesday, after several weeks of negotiations.

"This is a crisis intervention, to secure our gas supply and protect consumers," Finance Minister Christian Lindner told reporters.

The energy company, Germany's largest gas importer, supplies hundreds of municipalities, or 40% of Germany's gas supply, according to the Ministry of the Economy.

The nationalization plan "has become necessary", because the situation has "worsened dramatically" with the closure in early September of the Nord Stream gas pipeline which links Russia to Germany, detailed the German Minister of Economy, Robert Habeck, during a press conference.

The rise of the state in the capital replaces a first aid plan unveiled in July, which provided for Berlin to take a 30% stake in the Düsseldorf group.

In total, all the aid measures announced since this summer for Uniper should cost Germany around 30 billion euros, according to a calculation by AFP.

In detail, the State will buy at a unit price of 1.70 euro all the shares of Uniper held by its main shareholder, the Finnish group Fortum, for a total of 500 million euros.

However, it will not be a “long-term” equity investment, according to Mr. Lindner.

Berlin will also carry out a capital increase of 8 billion euros.

Finally, the agreement provides for the repayment by Germany of an 8 billion euro loan that Fortum, 50.76% owned by the Finnish state, had granted to its subsidiary Uniper.

This "disinvestment is a painful but necessary step", said the CEO of the Finnish group, Markus Rauramo, during a press conference.

Fortum's disengagement is "inevitable" in a context where Russian President Vladimir Putin "uses energy as a weapon", for his part commented Tytti Tuppurainen, the Finnish minister in charge of the file.

Uniper is hit hard by the drastic reduction in Russian gas supplies following the outbreak of war in Ukraine.

The company was the main customer of the Russian group Gazprom in Germany. It must now, to honor its contracts and deliver to its customers, obtain gas on the spot market where prices have exploded.

The situation worsened when Gazprom closed its Nord Stream pipeline in early September, the main supplier of Russian gas to Germany.

Berlin has constantly warned in recent months about the “Lehman Brothers effect” that a Uniper bankruptcy would have on the energy markets.

Given the importance of Uniper, its fall would shake the energy market and cause shortages for thousands of customers.

Especially since the sector is already experiencing serious difficulties.

Last week, the state seized the activities of the oil giant Rosneft in Germany and promised a support plan for one of the main refineries in the country hitherto held by this Russian group.

And at the beginning of April, Berlin had to take control of the former German subsidiary of Gazprom, Gazprom Germania, to secure its supply, injecting aid of 9 to 10 billion euros.

The German energy company VNG, the country's third largest gas importer, has also just called on the State for help to deal with its losses caused by the surge in prices.

These colossal expenses, to which are added aid to businesses and households, cast doubt on Berlin's ability to return next year to the "debt brake" rule, a constitutional principle which prohibits it from going into debt. more than 0.35% of GDP per year.

The nationalization of Uniper recalls the emergency measures taken by Berlin during the financial crisis with the rescue of the second bank of the country, Commerzbank, via an entry into the capital, or more recently the acquisition of a stake in the airline giant Lufthansa during the Covid-19 pandemic.