Germany exported weapons worth more than eight billion euros in 2022

It is the second highest value in the history of the Federal Republic: The federal government approved arms exports for at least 8. 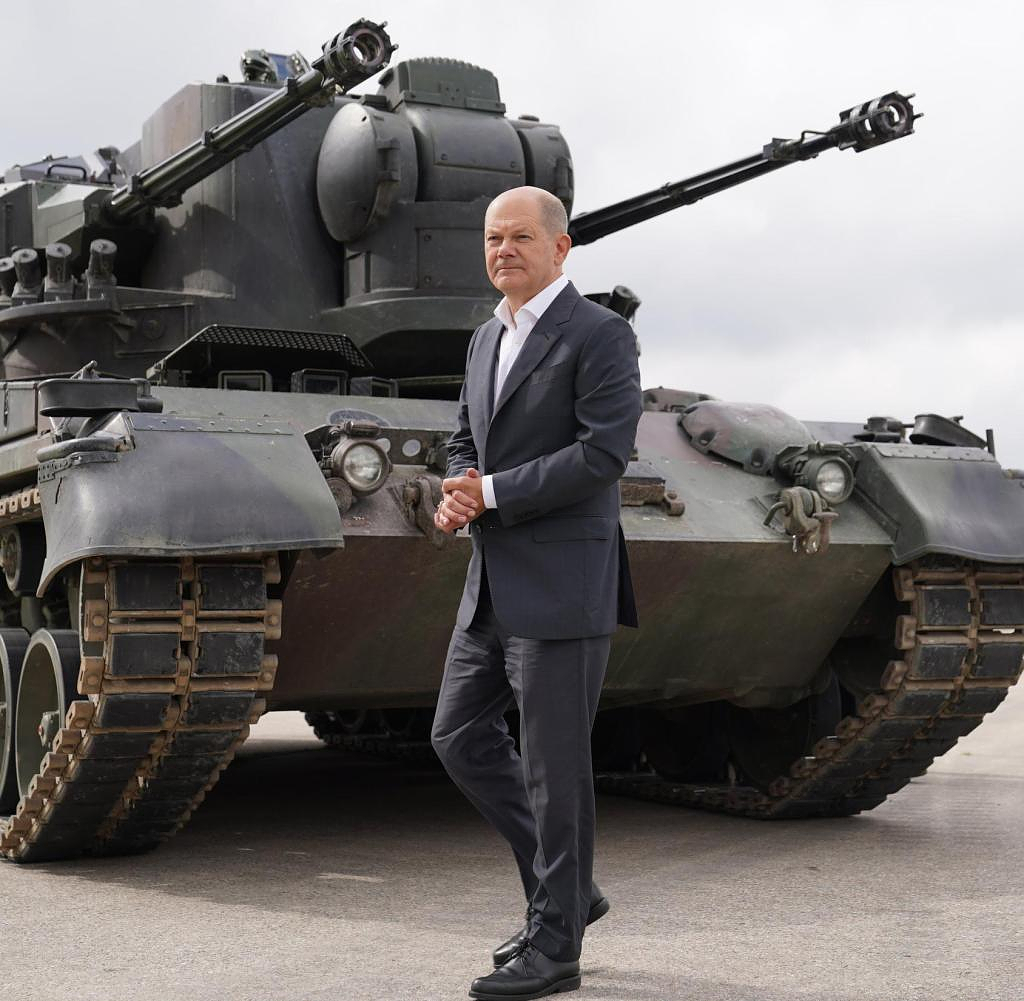 It is the second highest value in the history of the Federal Republic: The federal government approved arms exports for at least 8.35 billion euros this year. Only last year was the number even higher at 9.35 billion euros.

More than a quarter of the weapons and military equipment delivered from January 1 to December 22 went to Russia-invaded Ukraine. This emerges from a response from the Federal Ministry of Economics to a request from Left-wing MP Sevim Dagdelen. The letter is available from the German Press Agency.

In the coalition negotiations, at the urging of the SPD and the Greens, the traffic light government had actually planned to reduce arms exports (read the 2021 arms export report here) and to introduce a control law for this purpose. Then came the U-turn with the Ukraine war. The self-imposed ban on arms deliveries to war zones was quashed by Federal Chancellor Olaf Scholz (SPD) in his "Zeitenwende" speech on February 27 - a break with principles that have been in place for decades.

Since then, armaments supplies worth 2.24 billion euros have been approved for Ukraine, including many heavy weapons such as 30 Gepard anti-aircraft tanks, 14 self-propelled howitzers 2000 (heavy artillery pieces), five multiple rocket launchers and the Iris-T anti-aircraft system. However, the high overall value of export licenses is not solely due to this.

Even without Ukraine, exports worth more than six billion euros were approved. For comparison: in the 16 years of Chancellor Angela Merkel's (CDU) government, the 6 billion mark was exceeded only five times. The value given by the Ministry of Economics for the current year can still increase. Only permits up to and including December 22 are recorded.

Left-wing politician Dagdelen sharply criticized the figures: "The cabinet of the SPD, FDP and Greens is responsible for the second-highest exports of weapons and war equipment of all time. Instead of restricting arms exports as promised, the traffic light unscrupulously delivers armaments to war and crisis zones and benefits from conflicts and deaths.”

In the ranking of the most important recipient countries, Ukraine is followed by four NATO countries: the Netherlands (1.83 billion euros), the USA (863.7 million euros), Great Britain (453.0) and Hungary (249.2). Australia (196.1), Singapore (175.1) and South Korea (166.5) are among the top ten three other countries that do not belong to the EU or NATO. However, Australia is put on an equal footing with the NATO countries in the export statistics.

So far this year, armaments worth 3.23 billion euros have been approved for third countries outside the EU, NATO and equivalent countries, including more than two thirds for Ukraine. The share of exports to third countries in the total value fell from 63.6 to 38.7 percent compared to the previous year. The high share in 2021 was mainly due to Egypt, for which the Merkel government approved warships, air defense systems and other armaments for 4.34 billion euros.

The grand coalition of Union and SPD had allowed exports for almost five billion euros in the last nine days of their term of office, although they were only in office as managing directors. This was the only way to achieve the record value of more than nine billion euros at the end of the year. The total figures for 2022 are to be announced in early January.

‹ ›
Keywords:
NewsteamRüstungsindustrieRüstungsexporteRusslandUkraineKrieg (24.2.2022)TexttospeechUkraineBundesregierungDeutschlandSPDEU (Europäische Union)Bündnis 90Die GrünenApple PodcastEuropaUnionAustralienÄgyptenPolitik
Your comment has been forwarded to the administrator for approval.×
Warning! Will constitute a criminal offense, illegal, threatening, offensive, insulting and swearing, derogatory, defamatory, vulgar, pornographic, indecent, personality rights, damaging or similar nature in the nature of all kinds of financial content, legal, criminal and administrative responsibility for the content of the sender member / members are belong.
Related News