The production and trade of cannabis will be placed under "public control" as well as the purchase and possession "of a maximum quantity of 20 to 30 grams" will be authorized for personal consumption, detailed the Minister of Health Karl Lauterbach at a press conference. 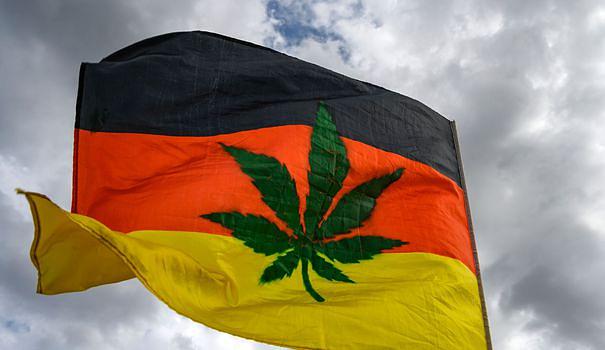 The production and trade of cannabis will be placed under "public control" as well as the purchase and possession "of a maximum quantity of 20 to 30 grams" will be authorized for personal consumption, detailed the Minister of Health Karl Lauterbach at a press conference.

Use by those under 18 continues to be strictly prohibited.

"If all goes well, I think that legalization could take place in 2024", underlined the social-democratic minister while presenting the roadmap approved in the Council of Ministers.

However, everything will depend on the European Commission.

“We are in a phase where we are examining whether the main lines that we have drawn up in this document are compatible with international and European law,” he underlined.

In the event that the European Commission does not grant its approval, the document will not result in a text of law, he specified, while showing himself relatively confident of passing the obstacle in Brussels.

The minister justified this reform by the desire to "obtain better protection for children and young people", judging the current policy ineffective, in a context of increasing cannabis consumption.

Some 4 million people in the country used the so-called soft drug last year, a quarter of whom were between the ages of 18 and 24, he said.

In the same vein, Minister of Justice Marco Buschmann considered that a purely repressive policy had "failed".

"That's why we want to responsibly legalize the consumption of cannabis. This means better quality products and thus health protection" and relief for justice which can "focus on more important things", has he estimated on his twitter account.

In detail, the document adopted on Wednesday provides for “public control of the cannabis supply chain” with the objective of “guaranteeing health protection and curbing organized crime as well as the black market”.

It organizes "the production, delivery and trade of recreational cannabis under state-controlled licensing". It also authorizes the cultivation of three plants of cannabis per adult for personal use.

Its sale will be "strictly controlled", sellers will not have the right to advertise and the packaging will have to inform of the risks and remain "neutral".

"We don't want to make the same mistakes as with alcohol or tobacco, because young people and children are the ones who react the most to the promises of the advertising industry", underlined the government commissioner in charge of drug issues and addiction, Burkhard Blienert.

Turnover from the sale of cannabis for recreational use will be subject to tax, and the introduction of a special consumption tax (cannabis tax) is also planned, according to the document.

If the project is successful, Germany would join the club of the rare countries to have gone so far as to legalize this drug, such as Malta in Europe, or Canada and Uruguay on the American continent.

In the Netherlands, a pioneering country, possessing, consuming and selling up to five grams of cannabis has been tolerated since 1976 in "coffee shops".

Many states have so far decriminalized it, waiving prison sentences for users, or have only allowed its use for medical purposes.

The legalization of this psychoactive plant is a flagship reform promised by the coalition between Social Democrats, Greens and Liberals of the FDP when it was formed in December, essentially at the initiative of these last two parties.

The Social Democrats have long been against it. Mr. Lauterbach himself said he had changed his position over the past two years.

Bavarian Health Minister Klaus Holetschek called the government's move a "dangerous signal for all of Europe", saying he fears that legalization could attract cannabis fans from other European countries to Germany.