The Government of Georgia announced that it will ban the export of wheat from July 4, and for a year. 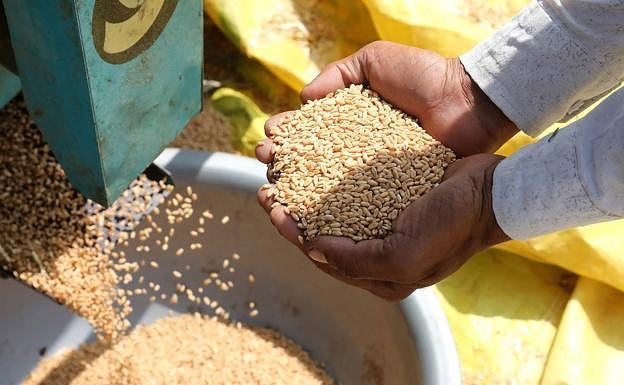 The Government of Georgia announced that it will ban the export of wheat from July 4, and for a year.

Otar Shamugia (Georgian Minister of Environmental Protection and Agriculture), stated that, in light of the conflict between Russia and Ukraine and associated food crises, it was important to sell wheat and barley in domestic markets only to ensure food security. According to civil.ge,, he said.

Shamugia argued that Georgia doesn't produce enough wheat to export, and that 500 tons of wheat are imported each year. However, the current situation "creates the risk that some of the wheat will be shipped." He stated that the Georgian market would absorb the country's harvest, given the current demand.

Minister has stated that meetings were held with barley and wheat producers in order to hear their suggestions regarding prohibition of exortation.

Georgia exports barley to Iran, Iraq, and approximately 2,500 tons have been exported this year. The annual total production is expected to be 60,000 tons.

‹ ›
Keywords:
EscasoRusiaCumbreOTANMadrid
Your comment has been forwarded to the administrator for approval.×
Warning! Will constitute a criminal offense, illegal, threatening, offensive, insulting and swearing, derogatory, defamatory, vulgar, pornographic, indecent, personality rights, damaging or similar nature in the nature of all kinds of financial content, legal, criminal and administrative responsibility for the content of the sender member / members are belong.
Related News