Genocide in Rwanda: the trial of Félicien Kabuga opens in The Hague 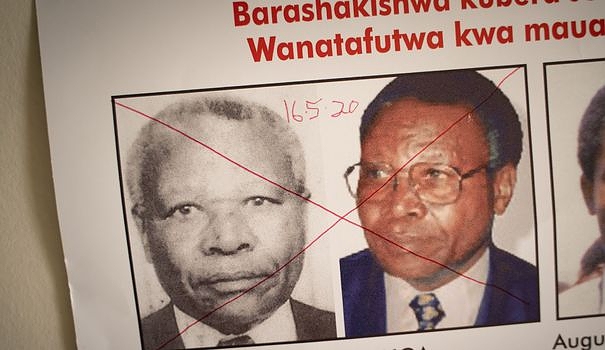 The former businessman, now 87, was in 1994 one of the richest in Rwanda. He is on trial for having put his fortune and his networks at the service of the genocide which killed more than 800,000 people according to the UN, mainly among the Tutsi minority.

Arrested in 2020 near Paris after 25 years on the run, he is notably accused of having participated in the creation of the Hutu Interahamwe militias, the armed wing of the Hutu genocidal regime.

He was also president in 1994 of the infamous Radio Television Libre des Mille Collines (RTLM), which broadcast calls for the murder of Tutsi.

It will begin with opening statements, which will be followed from October 5 by the presentation of evidence.

Félicien Kabuga is notably charged with genocide, direct and public incitement to commit genocide, and crimes against humanity, including persecution and extermination.

Mr. Kabuga, who pleaded not guilty in a first appearance in 2020, is also suspected of having contributed in 1993 to the massive purchase of machetes distributed to militiamen in 1994.

His lawyers tried to avoid a trial in view of his state of health, but the magistrates considered that it was not incompatible with the trial.

At a preliminary hearing in August, he arrived in a wheelchair, weak. His attendance in court on Thursday is uncertain as judges allow him to attend hearings via video link.

More than a quarter of a century after the genocide that shocked the world, the trial of Félicien Kabuga is eagerly awaited in Rwanda, particularly in his native village of Nyange, northwest of Kigali.

Born of farmer parents, he started as a small itinerant trader before becoming a wealthy businessman, owner of many tea plantations in and around the village.

"We are looking forward to this trial, which has been a long time coming," Anastase Kamizinkunze, a senior member of Rwanda's main association of genocide survivors, Ibuka, told AFP.

The prosecution will present more than 50 witnesses during the trial of Félicien Kabuga, one of the last key Rwandan genocide suspects to be brought to justice, after 62 convictions already handed down by the ICTR.

Others, like Augustin Bizimana, one of the main architects of the massacre, and Protais Mpiranya, former commander of the Presidential Guard battalion of the Rwandan armed forces, died without facing international justice.

Despite the accusations, Félicien Kabuga continues to be supported in his native village.

"He paid us well," recalls Alphonsive Musengimana, 35, who worked as a child with other members of her family on the former businessman's plantations.