Gazprom shareholders decided to suspend dividend payments for the 2021 fiscal year at their annual general meeting. 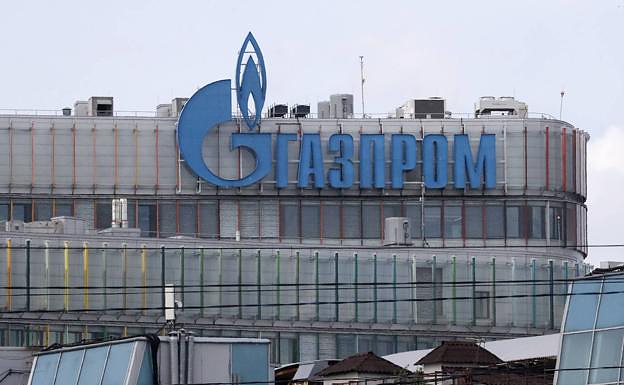 Gazprom shareholders decided to suspend dividend payments for the 2021 fiscal year at their annual general meeting. Vice president of Gazprom's board of directors Famil Sadigov announced that the shareholders had decided not to pay dividends for the 2021 financial year. However, the stock price of Gazprom plunged by as much as 32.8%, but they recovered slightly with a loss of about 30%.

Sadigov stated that Gazprom's current priorities include the execution of the investment program. This includes preparation for the next winter, gasification in the Russian Federation regions, and the payment of higher taxes. It was originally planned to pay 52.53 rubles for each share, which would have been equivalent to 1.24 trillion rubles (22.5 million euros).

The shareholders also approved technical changes to the regulations of general meeting and renewed composition of the board. Gerhard Schroeder was one of the nominees. However, Sadigov said that because of "strong political pressure" in his country, he had to withdraw consent to his appointment. The meeting was held online for the third year in a row.

Gazprom has 23.674 million ordinary shares as its authorized capital. These titles are held by the Russian State, which controls more than half of them, 38.37% directly and Rosneftegaz (10.97%) and Rosgazifikatsia (0.89%).

The ruble's price has been affected by the decision to stop dividend payments. This is despite the fact that the currency has seen an unusual rise in value considering the current economic state of Russia. The Russian currency gained more than 3.5% to 51.25 USD, moving towards the 50 mark on Wednesday, its first since May 2015.

The ruble gained 4.3% against the euro to 53.55. This is after it reached 53 earlier in the week, for the first time since April 2015. This year, the ruble is now the most performing currency in the world. Its performance was fueled by measures taken to protect Russia's financial systems from Western sanctions.

The strength of the ruble has caused concern among the Government and exporting firms, as it reduces income from overseas sales of raw materials and other merchandise that are paid in dollars or euros. Anton Siluanov, the Finance Minister, announced Wednesday that Russia might reduce state spending and channel funds to foreign currency interventions in order to stop the strengthening ruble. This is a serious threat to budget revenues.

Russia's central bank may also reduce upward pressure on ruble by lowering interest rates. This is because inflation slows down and the economy requires less credit. The Bank of Russia will likely reduce the benchmark rate from 9.5% to 9% on July 22 to 9%.

‹ ›
Keywords:
GiganteRusoGazpromSuspendePagoDividendosHundeBolsa
Your comment has been forwarded to the administrator for approval.×
Warning! Will constitute a criminal offense, illegal, threatening, offensive, insulting and swearing, derogatory, defamatory, vulgar, pornographic, indecent, personality rights, damaging or similar nature in the nature of all kinds of financial content, legal, criminal and administrative responsibility for the content of the sender member / members are belong.
Related News