Gas prices: why the rag is burning between the European Commission and Paris

For the French Ministry of Ecological Transition, the solution proposed by Brussels to the rise in energy prices is a "political display text". 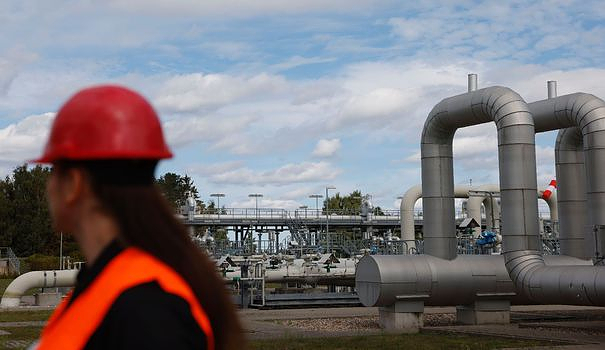 For the French Ministry of Ecological Transition, the solution proposed by Brussels to the rise in energy prices is a "political display text". These are the words of the cabinet of Agnès Pannier-Runacher, which could even have "perverse or null effects". But certainly not help French cities whose mayors are "taken by the throat" in the face of "delusional energy prices", as Emmanuel Macron pointed out on Wednesday during the visit to the Salon des Maires.

The day before, and after two months of internal struggle, the European Commission had unveiled its long-awaited proposal for a temporary mechanism, supposed to cap wholesale prices on the EU gas market. The drastic conditions imposed by Brussels, supposed to have the effect of rallying reluctant member states to this type of aid scheme, were immediately criticized.

The system proposed by Brussels consists of capping the prices of monthly contracts for one year. It would be put in place automatically as soon as these prices exceed 275 euros per megawatt hour (MWh) for two consecutive weeks. Additional condition: the price must be 58 euros higher than an "average world reference price" for liquefied natural gas (LNG) for ten days.

Conditions far removed from the reality experienced by many countries today: monthly contracts only exceeded 275 euros/MWh this year during a very brief period of a few days at the end of August, when the Twenty-Seven were competing for fill their reserves. Very short of the required two weeks. And prices are currently hovering around 120 euros/MWh, which is already having catastrophic repercussions on households and businesses.

"It's a safety net which is very very low, you have to have had a good free fall before being in it", judged the minister's office to AFP, criticizing a device "insufficient, which does not does not correspond to the reality of the market".

Even more severe than Paris, Madrid slammed the proposal and accused Brussels of "playing the head of the world". "What this proposal will generate is the opposite of the desired effect: it will cause a greater increase in prices, jeopardizing all inflation control policies", denounced the Spanish Minister for Ecological Transition, Teresa Ribera. In the absence of a new "serious" text, Spain even threatens to "simply stop supporting the Commission's proposals on other issues important to it", she warned.

Paris also criticizes the Commission for not targeting over-the-counter transactions (outside regulated markets), at the risk of leaving a major flaw in the mechanism.