It was supposed to be the big showdown. 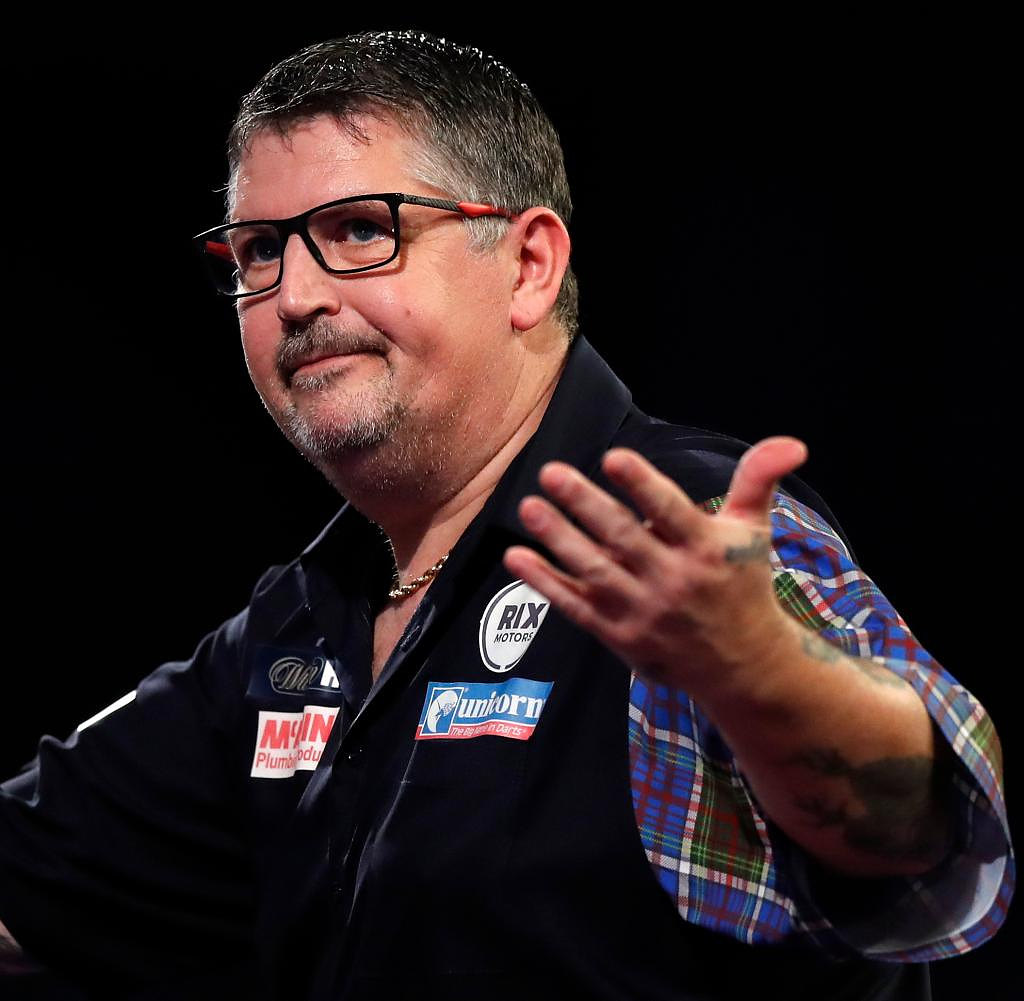 It was supposed to be the big showdown. The draw for the World Grand Prix in Leicester, England, brought Michael van Gerwen and Gary Anderson a meeting at the start. A particularly sonorous duel, which, however, drew its fascination primarily from the successes of the past few days.

And Anderson, who celebrates his 52nd birthday in December, also documented at the event, which was played in "double in/double out" mode, that his career had apparently finally passed its peak. The Scot started with an incredible 12 consecutive check misses, missing all his leg darts in the first set. When he hit double 20 for the first time to make it 1-1 in the second round, he immediately had the break he needed and took a 2-1 lead. Ultimately, however, only a short intermediate high. Van Gerwen countered and from then on made short work: 2:2 in 15 darts, 3:2 in twelve darts.

A weak average of 89.43 points and at most an average double rate of 62 percent (start) and 25 percent (finish) were enough for the five-time tournament winner, who then admitted a certain excitement: "A first round against Gary Anderson at the World Grand Prix is ​​not easy . You never really know how he's feeling. In the second set I did my job and played quite well after being nervous in the first. After all, anyone can win here. I'm just glad I won that thing."

Peter Wright also showed no weaknesses two and a half months before the Darts World Championship and was even able to afford a few sloppiness against Belgian Kim Huybrechts in the end. After winning the first round and a 2-0 lead in the second round, the Scot missed two match darts and conceded the 1:2 with a high finish of 128 points. He missed another one at 2-2, but since Huybrechts couldn't get his set dart into double 20 either, Wright checked to victory and took the first step toward number one. The Scot would take the lead in the world rankings again if he reached the final or if Gerwyn Price missed the title.

However, the defending champion almost got caught on the first evening. Jonny Clayton only got going late against Dirk van Duijvenbode. After a weak first set with an average of around 70 points, the Welshman made the required break in round two after the break with a 130 finish - and thus also created the turning point.

His opponent was suddenly completely lost, needed up to four shots to even hit the double field at the beginning and complained about some fans who interrupted his throwing movement with shouts at least twice. In the decisive third set, van Duijvenbode even broke off his movement at the last moment and compensated for the abrupt stopping while holding the dart in his hand with a lunge forward.

Clayton expressed his opponent's understanding of the anger after his fifth match dart and also took a stand in the subsequent interview on stage: "You see, there isn't that much audience on the first evenings, you hear individual shouts more than usual .And it affects us when a call is made at the wrong time," said the Welshman.

In the first round games before, there had been mostly clear results. Poland's Krzysztof Ratajski beat England's Callan Rydz 2-0, who only managed three of his 13 attempts on the doubles.

His compatriot Stephen Bunting, semi-finalist last year, had no trouble beating Brendan Dolan from Northern Ireland 2-0. Much more surprising was Chris Dobey's 2-0 win, who eliminated Luke Humphries, one of the most in-form players of the season.

The Newcastle man started 2-0 down but went on to win six straight legs. The decider of the first round was symbolic of the match, when Humphries did not finish despite a 154-point lead with 112 points remaining. In his penultimate shot, he had just 41 points, while Dobey came back with a 180 and, after two missed set darts from Humphries, checked 96 points over 20 and double 19s twice. "Hollywood" was now in motion and with two high finishes at the beginning of the second set ensured the preliminary decision for the round of 16.

The Belgians Dimitri van den Bergh and Dave Chisnall needed significantly more time. The two top 16 players went the full distance, at the end of which the Belgian took advantage of the throw and won 3-2 in the decisive third set. Like Humphries, Chisnall, tournament winner last weekend in Wieze, Belgium, was traded as a secret favourite.

Finally, the reinvigorated Adrian Lewis, world champion of 2011 and 2012, won his first round match against José de Sousa, removing the first of the eight seeded players from the tournament. "Jackpot" threw an average of 94.70 points, had a checkout rate of 67 percent and proved to have strong nerves.

Lewis took the first set with a high finish of 101 points and the late break in the decider. Timing, which he maintained in the episode and also secured the second round in the decider. The 37-year-old now meets Dobey in the round of 16 on Wednesday.

On Tuesday the Germans intervened. For the first time in the 24-year history of the tournament, two teams, Gabriel Clemens and Martin Schindler, qualified for the major. However, the duo, who passed the time on Monday with a round of mini golf, got a very bad draw.

As in the World Matchplay and the Grand Slam of Darts last year, Schindler is challenged against Gerwyn Price, Clemens has to stand up to UK Open Champion Danny Noppert. Sport 1 and DAZN broadcast live from 8 p.m.

‹ ›
Keywords:
DartsProfessional Darts Corporation (PDC)ClemensGabrielSchindlerMartinGerwenMichael VanWrightPeter
Your comment has been forwarded to the administrator for approval.×
Warning! Will constitute a criminal offense, illegal, threatening, offensive, insulting and swearing, derogatory, defamatory, vulgar, pornographic, indecent, personality rights, damaging or similar nature in the nature of all kinds of financial content, legal, criminal and administrative responsibility for the content of the sender member / members are belong.
Related News