The Court of First Instance and Instruction number 2, Vera, have approved this Friday the entry in provisional prison. 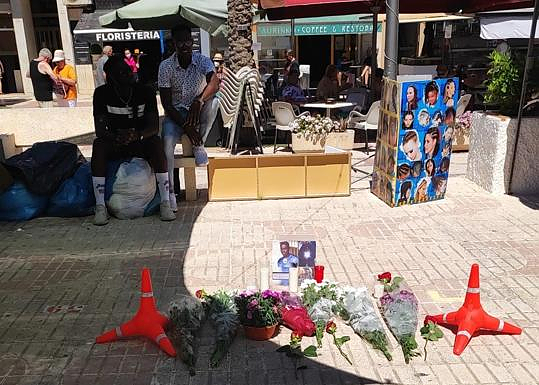 The Court of First Instance and Instruction number 2, Vera, have approved this Friday the entry in provisional prison. This is without bail for the accused of stabbing to the death in the middle of a street Garrucha neighbour last Tuesday.

Sources at the Superior Court of Justice of Andalusia indicate that the accused has been arrested for a crime of murder and is now being investigated. He claims that he took advantage of his right to not testify, despite having admitted the facts to the court when he was arrested.

The shocking events that shocked Levante Almeria on June 7th were very sad. According to Emergencies 112 Andalucia's press service, Tuesday saw the first of many calls alerting the public to the existence of a knife-wielding man on Canteras Street in Garruchero.

According to 112, the Civil Guard also requested that emergency services to the Emergency Coordination Center be available at this time in order to treat the victim of an attack with a knife along the same road in Levantine. The scene was attended to by crews from the Civil Guard, Local Police and the Public Company for Health Emergencies EPES-061. However, the victim's life could not be saved. His body lay on the asphalt.

According to municipal sources, the victim of the attack died. The alleged perpetrator also turned himself in and admitted responsibility for the stabbing. He told local police officers that it was him, and they were the first ones to arrive on the scene. The Civil Guard has not yet used the 72 hour legal time to bring it to court.

According to the Garrucha City Council sources, both men were neighbors of foreign origin and knew each other. They had also lived in the same town for years.

The Almeria Civil Guard Command confirmed, for its part, that an investigation was underway to determine the cause of the attack on public roads and during broad daylight.

Through its social media networks, the Garrucha City Council condemned "the tragic incident" in their municipality. It stated that "an argument between neighbors ended in the stabbing of one of them, resulting in his death."

His colleagues and some neighbors paid a small tribute this Friday to him by placing several bouquets of fresh flowers at the spot where he used to set up his stall. . Garrucheros say that he was a kind, polite person.

‹ ›
Keywords:
PrisionAcusadoMatarPunaladasVecinoGarruchaPlenaCalle
Your comment has been forwarded to the administrator for approval.×
Warning! Will constitute a criminal offense, illegal, threatening, offensive, insulting and swearing, derogatory, defamatory, vulgar, pornographic, indecent, personality rights, damaging or similar nature in the nature of all kinds of financial content, legal, criminal and administrative responsibility for the content of the sender member / members are belong.
Related News