Jean-Christophe Lagarde, boss of the UDI and ex-MP, beaten by Raquel Garrido in the June 2022 legislative elections, was arrested at his home on Wednesday morning, said a source familiar with the matter, confirming information from the Parisian. 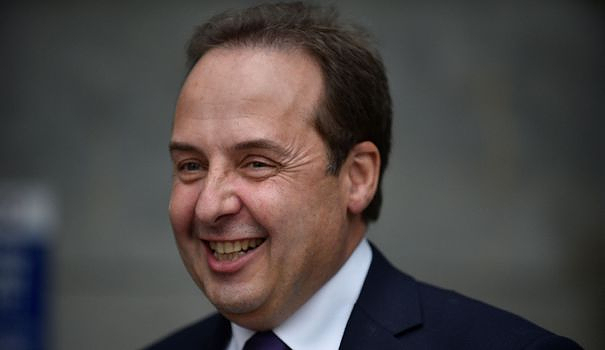 Jean-Christophe Lagarde, boss of the UDI and ex-MP, beaten by Raquel Garrido in the June 2022 legislative elections, was arrested at his home on Wednesday morning, said a source familiar with the matter, confirming information from the Parisian.

A policeman, Anouar Bouhadjela, known as Noam Anouar, was taken into custody on Tuesday, a source close to the case told AFP, confirmed by the Paris prosecutor's office. This policeman is seconded to the town hall of Drancy, former stronghold of Jean-Christophe Lagarde led since 2017 by his wife Aude Lavail-Lagarde.

A third man, a former collaborator of Jean-Christophe Lagarde, was also placed in police custody on Tuesday, according to the close source.

Both hearings were extended and were still ongoing Wednesday, the source said.

"I am satisfied that the investigation is progressing. I would like to remind you that this case goes far beyond simply defamation or insult. It is indeed a violation of criminal law", declared Raquel Garrido on BFMTV on Wednesday.

"I hope that justice will go to the end of its work," added MP LFI.

In June, Le Point had published an article online by journalist Aziz Zemouri unduly accusing the couple of having exploited an undocumented cleaning lady, which the two elected officials had immediately denied firmly: "everything is false", had- they protested.

The article was withdrawn the following day and the newspaper admitted that the article had "turned out to be false" and "misleading" in an address to readers.

On June 29, the Paris public prosecutor's office opened a preliminary investigation for fraud in an organized gang, forgery and use of forgery, identity and data theft and entrusted the investigations to the Brigade for the repression of delinquency against the person (BRDP).

The journalist targets in his complaint the former UDI deputy Jean-Christophe Lagarde and Anouar Bouhadjela.

It was, according to his account, this policeman who had contacted him at the end of May to put him in touch with a woman claiming to be a household help, undeclared and without papers, of the couple of deputies.

The boss of the UDI has filed a complaint for breach of trust.

Acknowledging flaws in its "internal control processes", the weekly launched an internal investigation and Mr. Zemouri was fired at the time.

The Garrido-Corbière couple filed a second complaint for defamation against Aziz Zemouri and the weekly.