A 55-year-old woman has been in court in the Hamburg district court since Monday because she is said to have insidiously killed her 75-year-old husband with a kitchen knife in a gazebo. 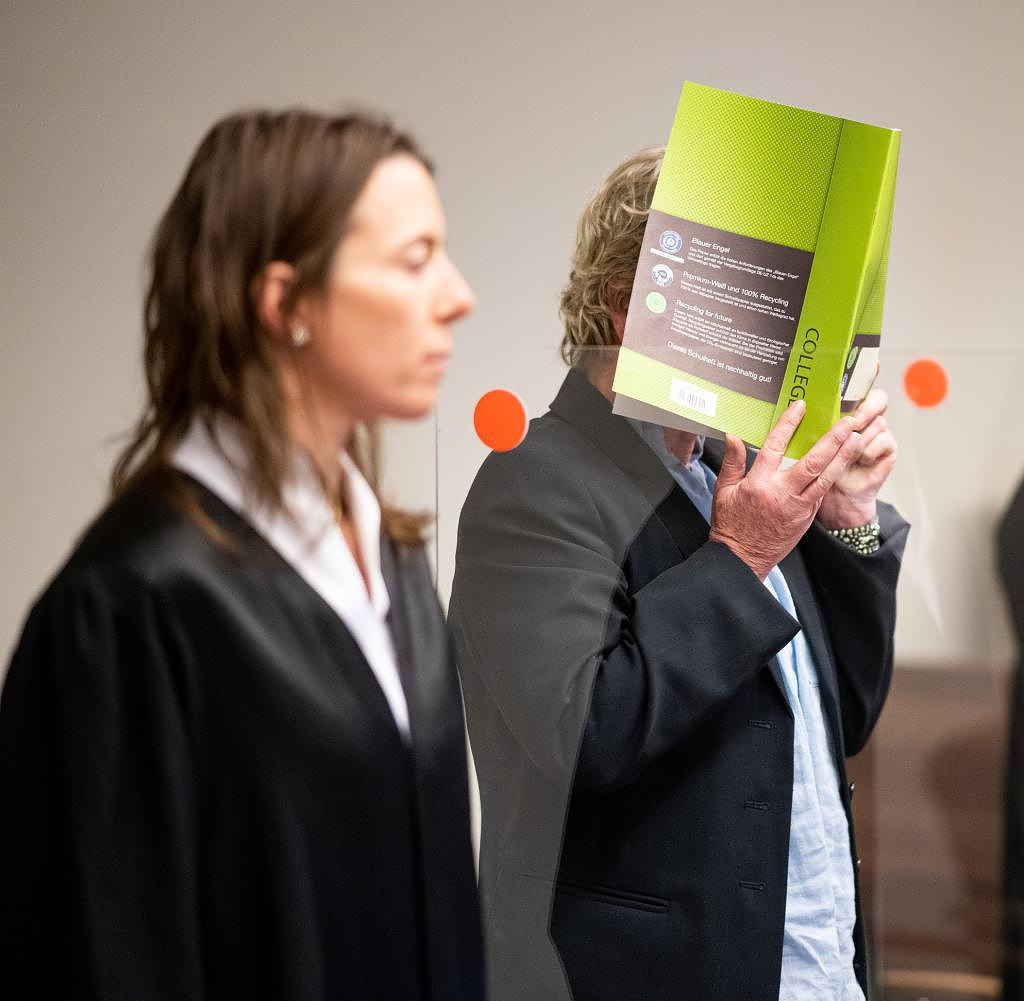 A 55-year-old woman has been in court in the Hamburg district court since Monday because she is said to have insidiously killed her 75-year-old husband with a kitchen knife in a gazebo. On the first day of the murder trial, the woman initially did not want to comment. However, your defense attorneys announced that they would issue a written statement for the next day of the trial. Therefore, only the indictment was initially read out on Monday.

As a result, the woman is said to have helped her physically disabled husband up after a fall in the arbor in April of this year and put him on a sofa. A little later, however, she unexpectedly stabbed the man's right breast with a kitchen knife that was at least 16 centimeters long.

His heart and carotid artery were hit. The man died in the allotment garden in the Wilhelmsburg district. Paramedics, who the woman had called herself, were also unable to save the man's life. The man was bleeding to death internally. According to police, both spouses had drunk alcohol before the crime.

The prosecution classifies the attack as insidious murder because the victim had not expected it at the time and, moreover, could not have defended himself due to his physical impairments. The bloody deed also came as a surprise to the son of the 75-year-old, who is acting as a joint plaintiff.

That happened out of the blue, the 51-year-old's lawyer told several media representatives on Monday after the trial. He himself does not know the two as a couple, the son added. He only had contact with his father. He was also not invited to the wedding of the two about a year ago. According to the lawyer, the accused is said to have worked as a saleswoman in a gardening shop.

Immediately after the act in April 2022, the woman was initially only arrested for manslaughter. She had confessed to the crime at the time and was also released from custody after about a month, as a spokeswoman for the public prosecutor said on Monday in Hamburg. In July, however, that order was overturned and the court issued an arrest warrant for murder. The further investigations and statements by the woman would have revealed indications of murder characteristics for the act. Since then, the German has been back in prison.

The woman with the short, gray hair was visibly affected by the process. In the first few minutes, as journalists took photos and videos in the courtroom, she was shaken by a fit of weeping. The shaking and shaking of her body was clearly visible behind the green A4 notebook she was holding in front of her face. The trial will resume on December 8th. Initially, trial days are planned until January 26th.

‹ ›
Keywords:
TötungsdelikteHamburgMordTotschlagTexttospeechWilhelmsburgWeinkrampfKleingartenanlageVerteidigerinnenKrimi
Your comment has been forwarded to the administrator for approval.×
Warning! Will constitute a criminal offense, illegal, threatening, offensive, insulting and swearing, derogatory, defamatory, vulgar, pornographic, indecent, personality rights, damaging or similar nature in the nature of all kinds of financial content, legal, criminal and administrative responsibility for the content of the sender member / members are belong.
Related News