Gamescom becomes the “Festival of Games”

Gamescom 2020 and 2021 was not canceled - as a purely digital event, it lived on in the first Corona years on the Internet. 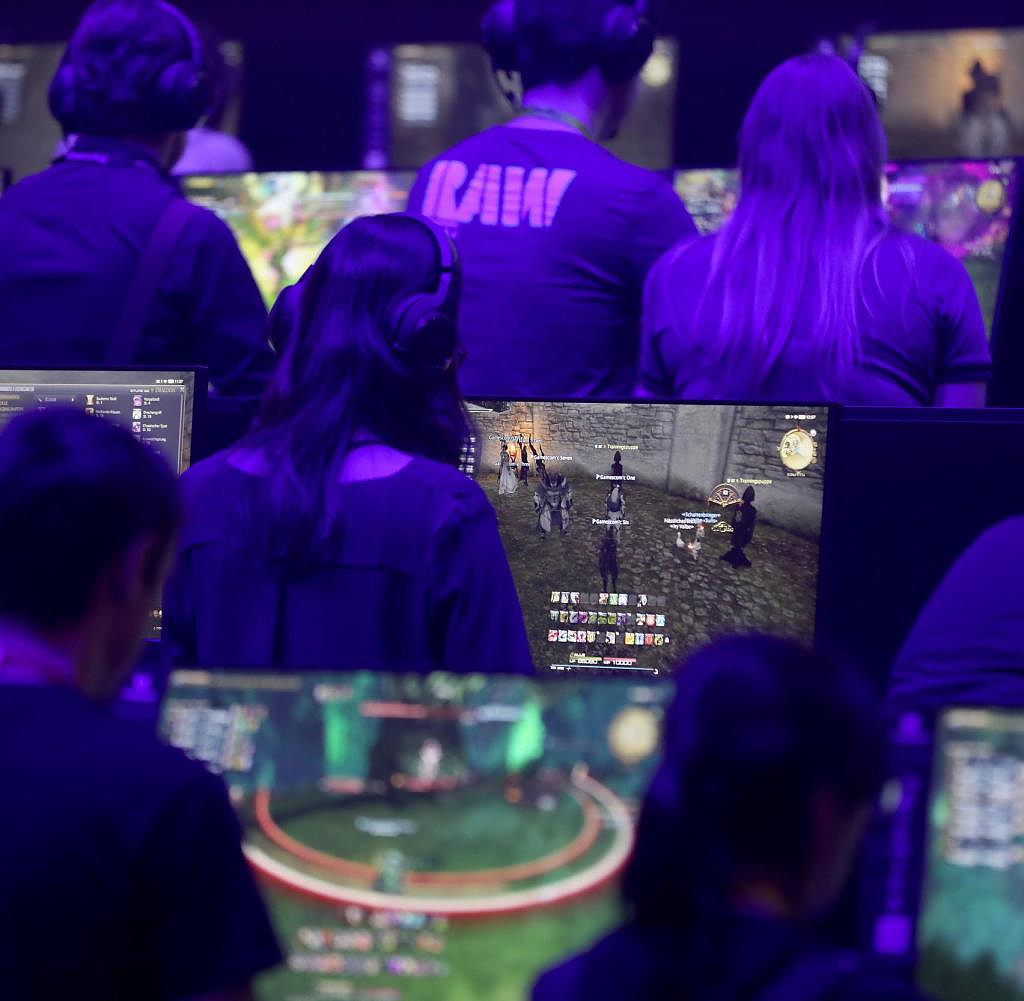 Gamescom 2020 and 2021 was not canceled - as a purely digital event, it lived on in the first Corona years on the Internet. Now the trade fair is back as a real event in Cologne (August 25 to 28, trade visitor day on August 24), "the world's largest festival of games", as the organizers, the Cologne trade fair and the games industry association Game, call it .

Gamescom has been announced as a digital-analogue mixed event, partly in the exhibition halls and partly online. "With the digital components, we can now add what has unfortunately fallen by the wayside in the last two years: the beloved festival feeling of Gamescom in Cologne," said Gerald Böse, Managing Director of Kölnmesse.

Around 1100 exhibitors have been announced, from 53 countries and on 220,000 square meters - but a few large companies such as Sony, Nintendo and Electronic Arts, which used to fill half the halls, are missing. A few game blockbusters for Christmas and the coming year, which fans are longingly awaiting, will therefore not be shown in Cologne at all.

The crowds of visitors from the pre-Corona period, when 370,000 people came to Cologne in 2019, for example, will probably not be reached again. The organizers do not provide any information on the number of expected visitors. Felix Falk, Managing Director at Verband Game, sees the restart in conversation with the German Press Agency as positive. "Gamescom is constantly evolving, but especially in this difficult year, it's already a remarkable restart."

Because of course the war and other crises have left their mark on the games world - delivery bottlenecks and poor economic prospects worldwide are also causing problems for game manufacturers. However, the number of gamers continues to rise: According to a survey by the IT association Bitkom, 54 percent of people in Germany aged 16 and over play at least occasionally, 4 percentage points more than a year ago.

However, the rapid growth of the first Corona years has slowed down significantly, as data from the market researchers GfK and Data.ai show. In the first half of 2022, the sales of game manufacturers in Germany increased by only 2 percent compared to the same period last year to around 4.55 billion euros, after an increase of 22 percent in the first half of 2021.

The figures also show where things are currently lacking in the industry: Hardware sales, for example, have fallen – an expression of the fact that Sony, for example, is still having problems producing enough Playstation 5 devices to meet the high demand . For some business areas, however, things went up sharply. "The sales figures for the industry show that new business models and technologies are on the rise," said Game Managing Director Falk.

For example, revenue from fees for online services has increased. This includes game subscriptions such as Microsoft's Game Pass and Apple Arcade. Sony followed suit this year with Playstation Plus Extra, and Netflix now also offers access to smartphone and tablet games as part of the streaming subscription. With the subscriptions, users receive unlimited access to games for a monthly fee, often hundreds of titles, some of which are new, depending on the service.

And according to the information, more is also being implemented with so-called in-game purchases. For example, you can buy virtual costumes or new ways to play in existing games for real money. With a view to such trends, experts speak of "Games as a Service" (German: "Spiele als Dienst") - i.e. the attempt to extend the lifespan of individual titles with new, often fee-based content.

Players of such "Games as a Service" titles often stay with a single game for a very long time and buy fewer new titles - the opposite of game subscribers, who can try out a lot but hardly have to buy a game directly.

"In general, the variety on the games market is simply very large," said Falk. The classic game purchase, via download or on disc, is still available. "But it is also clear that other models such as "Games as a Service" are becoming increasingly important." The Bitkom survey confirms this: 51 percent of gamers now have at least one game subscription. On the other hand, less than half of the gamers spent money on the purchase of individual games within the past twelve months. 37 percent paid for in-game purchases during the same period.

A Gamescom that sees itself less as a blockbuster performance show and more as a festival for the ever-growing gaming community might be a good fit. At least the time when fans spent the whole day in queues to try out three games at the end should be over, said Falk – especially with smaller, independent game providers, which are very numerous this time, there should be a lot more give to play. "In the meantime, however, the community aspects, i.e. experiencing game worlds and meeting friends, are much more in focus."

‹ ›
Keywords:
TexttospeechGamescomNordrheinWestfalenKölnComputerspieleBitkomGamesGerald BöseVerband GameSony
Your comment has been forwarded to the administrator for approval.×
Warning! Will constitute a criminal offense, illegal, threatening, offensive, insulting and swearing, derogatory, defamatory, vulgar, pornographic, indecent, personality rights, damaging or similar nature in the nature of all kinds of financial content, legal, criminal and administrative responsibility for the content of the sender member / members are belong.
Related News