IG Metall has again called for warning strikes in the metal and electrical industry in North Rhine-Westphalia for Tuesday. 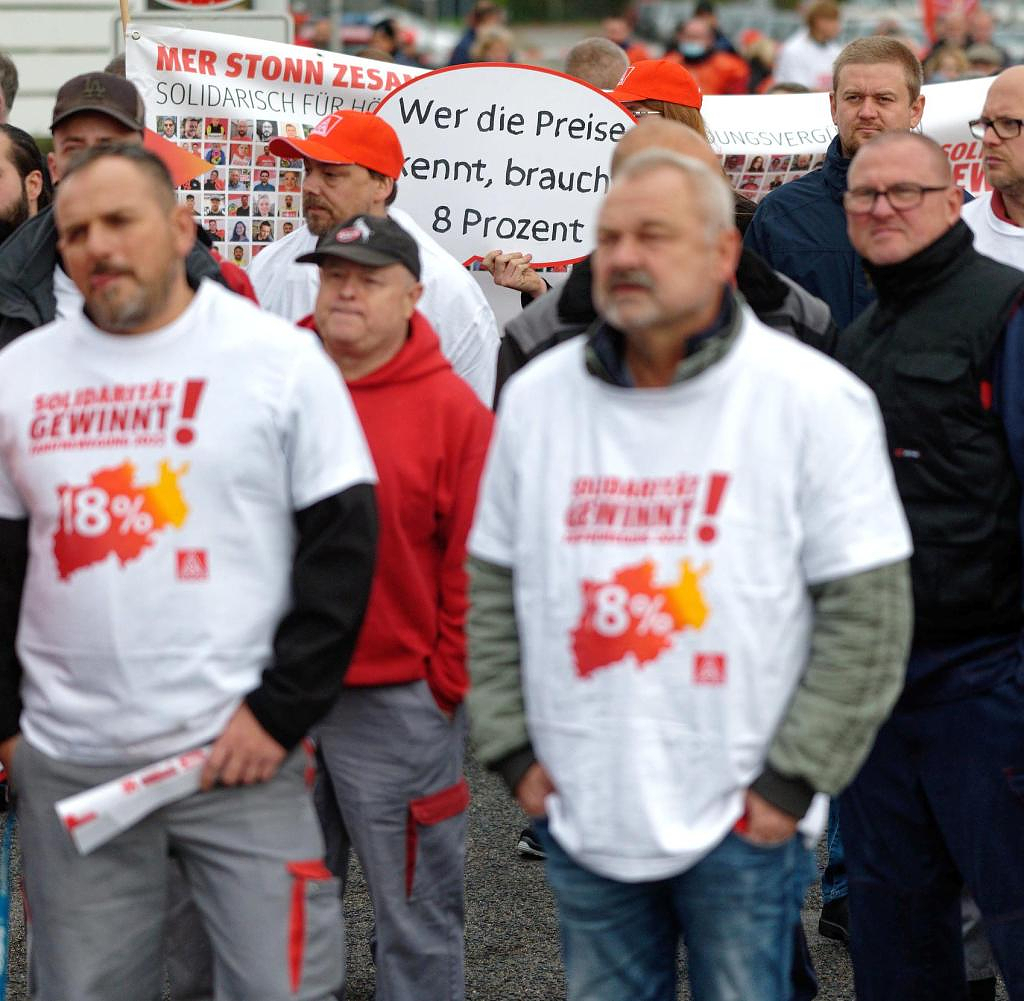 IG Metall has again called for warning strikes in the metal and electrical industry in North Rhine-Westphalia for Tuesday. In more than 60 companies across the country, employees are to temporarily stop working. The union is planning large rallies in Arnsberg, Bielefeld and Mülheim, among other places.

With the actions, IG Metall wants to put further pressure on metalworking employers in North Rhine-Westphalia in the current wage dispute. The first warning strikes had already taken place immediately after the end of the peace obligation on October 29. According to union information, more than 72,000 employees from 578 companies in the country had already taken part in warning strikes in the first 14 days.

Last Thursday, the fourth round of negotiations ended without a result. A date for a fifth round has not yet been set in North Rhine-Westphalia, according to a union spokesman. Around 700,000 people are employed in the sector in NRW.

In the nationwide regionally conducted negotiations, the employers had each offered one-off payments of 3,000 euros and an unspecified increase in the wage tables for a period of 30 months. IG Metall is demanding eight percent more money for the approximately 3.9 million employees nationwide for a period of twelve months.

After four unsuccessful rounds of negotiations, all eyes are now on Baden-Württemberg, where the regional unions have offered to look for a pilot agreement. The next negotiations in the traditional pilot district are scheduled for this Thursday.

‹ ›
Keywords:
WarnstreiksNordrheinWestfalenIG Metall (Industriegewerkschaft Metall)MetallindustrieArbeitnehmerTexttospeechNRWArnsbergBielefeldMülheimPilotabschlussWarnstreikKarriere
Your comment has been forwarded to the administrator for approval.×
Warning! Will constitute a criminal offense, illegal, threatening, offensive, insulting and swearing, derogatory, defamatory, vulgar, pornographic, indecent, personality rights, damaging or similar nature in the nature of all kinds of financial content, legal, criminal and administrative responsibility for the content of the sender member / members are belong.
Related News