The German national team just avoided their second defeat at the World Cup in Qatar. 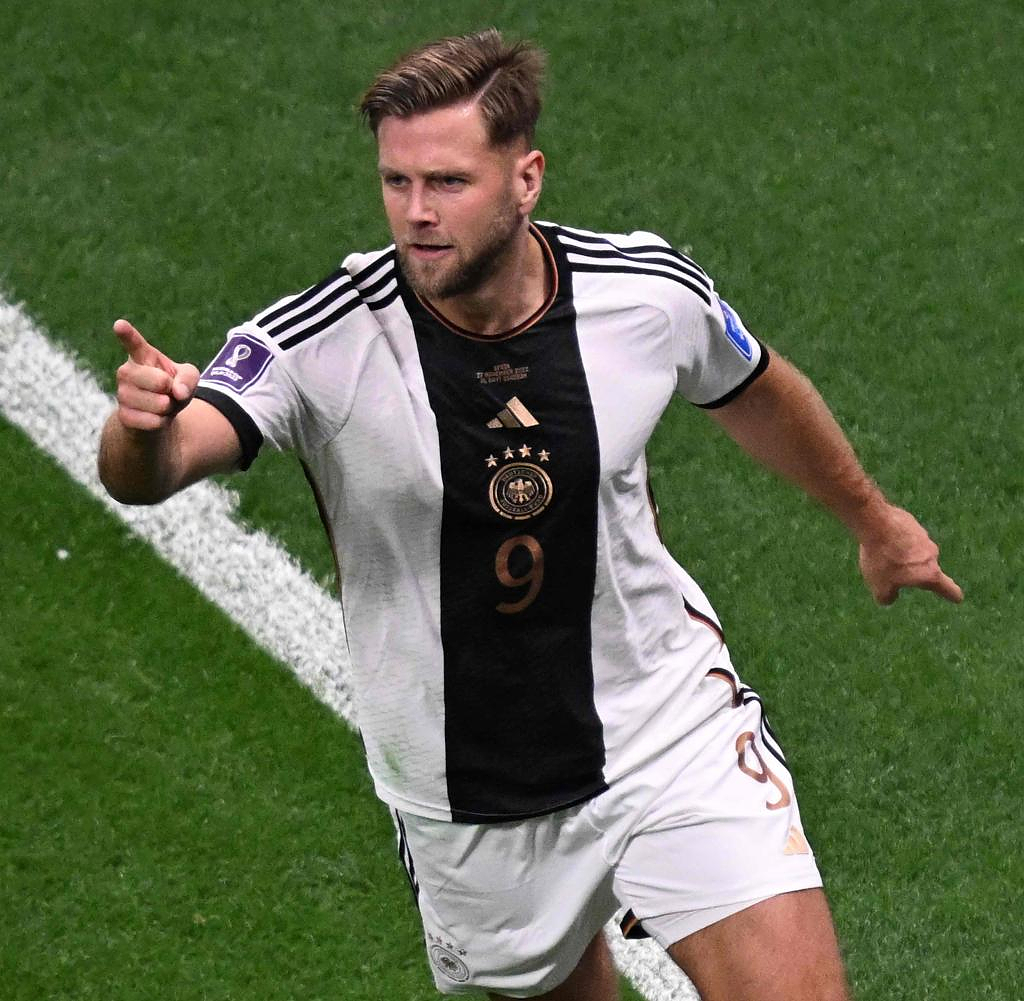 The German national team just avoided their second defeat at the World Cup in Qatar. After the 1: 1 (0: 0) against co-favorite Spain on Sunday in Doha, the team of national coach Hansi Flick still has the chance to make it into the round of 16. Joker Niclas Füllkrug from Werder Bremen saved the DFB-Elf the deserved point in the 83rd minute. Alvaro Morata put the Spaniards ahead in the 62nd minute.

After the hard-earned draw at the Al-Bait Stadium, the first win in Qatar is now a must for a place in the round of 16 against Costa Rica on Thursday. Otherwise the embarrassing second World Cup knockout in the group phase for the four-time champion but still bitter reality.

With just one point, Germany is still last in Group E after the worst start in long World Cup history. With the unexpected help of Costa Rica's win against Japan a few hours before the ex-world champions' intense showdown, the DFB-Elf has the fate of the tournament in their own hands again - even if Spain simply couldn't be beaten in a competitive game for 34 years now .

Spain was more dangerous for a long time and shocked the German team. Thilo Kehrer, who started for Nico Schlotterbeck, was too far from Jordi Alba at right-back. The low cross from the FC Barcelona professional was used by Morata, who was a step faster than Süle.

The gap was a short impact hit for the German team. Shortly after the Spaniards took the lead, Marco Asensio fired a free-standing shot from 16 meters over Neuer's goal. Flick brought in Füllkrug and the recovered Leroy Sané for the offensive – this time the changes worked. The Bayern offensive star staged his Bayern teammate Musiala. With an ill-considered shot, the 19-year-old failed at Simon (73rd) instead of crossing to Füllkrug. As against Japan, there was a lack of offensive efficiency.

But Füllkrug ended the goallessness. Sané used Musiala, who forwarded it with great ball handling, and the Bremen player completed it powerfully. With the hard-fought point win, anything is possible again.

‹ ›
Keywords:
JapanKatarFussballSpanienWolffJulienGartenschlaegerLarsLeroy SanéDohaCosta RicaNiclas FüllkrugHansi FlickÁlvaro Morata
Your comment has been forwarded to the administrator for approval.×
Warning! Will constitute a criminal offense, illegal, threatening, offensive, insulting and swearing, derogatory, defamatory, vulgar, pornographic, indecent, personality rights, damaging or similar nature in the nature of all kinds of financial content, legal, criminal and administrative responsibility for the content of the sender member / members are belong.
Related News