Hours of waiting to fill up your gas tank, school buses at a standstill. 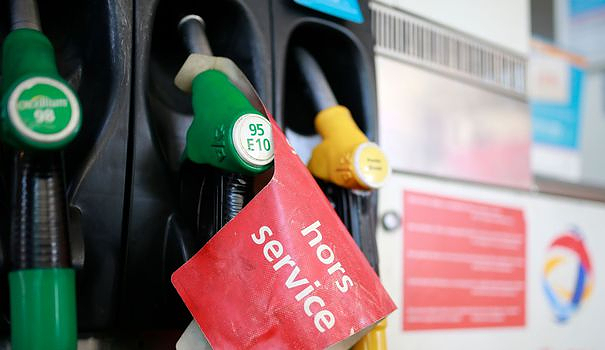 Hours of waiting to fill up your gas tank, school buses at a standstill... Black gold never seems to have lived up to its name so well. This Wednesday, October 5, government spokesman Olivier Véran had to admit that at least one type of fuel was missing in 12% of service stations in the country, a rate even rising to 30% in the Hauts region. -of France. Two independent phenomena but with joint consequences tend to explain this situation.

First, over the month of September, the producer and supplier TotalEnergies saw attendance at its service stations jump by 30%, due to a discount at the pump of 20 euro cents per litre. The government having also decided on a rebate of 30 cents, motorists rush to come and fill their tanks, and sometimes even more, gendarmes from the North having seen customers arrive with jerry cans. Then, a strike movement affects the oil sector for more than a week. Employees of some TotalEnergies and Esso refineries have stopped working, demanding a 10% wage increase to resume. Of the eight French refineries, six are shut down, including the largest in the country, located in Gonfreville-l'Orcher, in Seine-Maritime. Once these two factors are combined, supply can no longer keep up with demand.

Beyond individuals, the public services of certain departments are suffering from the situation. Thus, the LR president of the Hauts-de-France region, Xavier Bertrand, reported to the government that "several hundred children" had not been able to take school buses in the Somme, for lack of fuel to circulate them. . Faced with these phenomena of an influx of customers and a slowdown in production, TotalEnergies recognized problems with the supply of stations, while refuting the term "shortage". Just like the government spokesman, moreover, who prefers to speak of "tensions". The two parties called on consumers to "not rush to the pump", recalling that the TotalEnergies aid scheme ran until January 1, 2023.