Fuels: strikes renewed at TotalEnergies after a compromise without the CGT

The movement was renewed on the five TotalEnergies sites after the relief votes between 4 a. 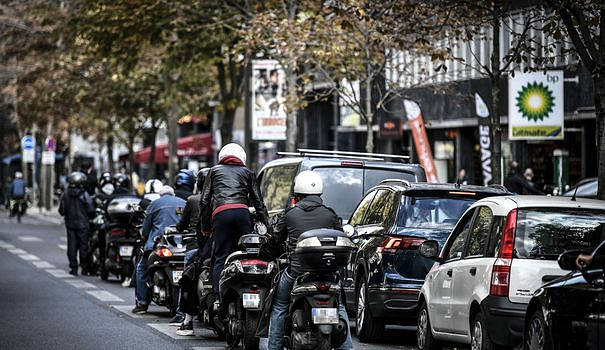 The movement was renewed on the five TotalEnergies sites after the relief votes between 4 a.m. and 6 a.m., CGT coordinator Eric Sellini confirmed to AFP.

There is "not a site" of TotalEnergies where the strike is lifted, also said Hakim Bellouz, of Force Ouvrière.

The strike continued in particular on Friday morning at the Flanders depot, the only TotalEnergies site where employees were requisitioned to ensure fuel shipments.

On the other hand, it was lifted early Friday at the Esso-ExxonMobil refinery in Gravenchon, Normandy, as in that of Fos-sur-Mer the day before. These are the group's only two refineries in France.

At the end of nightly negotiations invited for the first time since the start of the strike on September 27 by TotalEnergies under pressure from the government, a compromise seemed close to being sealed on Friday between the CFDT and the CFE-CGC, which declared themselves favorable to the latest proposal from the management of an increase, according to them, of 7% from November and from 3,000 to 6,000 euros in premiums.

"The CFDT negotiation team gives a favorable opinion on the measures that are on the table", declared Geoffrey Caillon, CFDT coordinator. The opinion is also "rather favorable" to the CFE-CGC, according to its coordinator Dominique Convert.

Each union had to consult its members since the end of the negotiation to decide whether or not to sign the offer, before Friday noon.

The government had pressed strongly for these negotiations to begin, and Emmanuel Macron assured that the return to normal would take place "in the course of the coming week".

“We are not very far from an agreement”, assured the Minister of Energy Transition, Agnès Pannier-Runacher, on LCI, inviting the CGT to continue the dialogue or sign the agreement.

The CGT, she slammed the door of the negotiations, denouncing in advance the agreement of the two other unions, with 56% representativeness between them.

"It will not change the state of mind and the determination of the strikers," predicted Alexis Antonioli, now hoping for "the generalization of the movement."

In fact, calls for a "general strike" have already been launched, and next Tuesday should be the occasion for a day of national strike, from transport to civil servants, following the call Thursday from four unions (CGT, FO , Solidaires, FSU) and several youth organisations. This strike must affect in particular the SNCF and the RATP.

Five refineries, out of seven in France, were shut down before the vote in Gravenchon, as well as several depots, including a huge one near Dunkirk, belonging to TotalEnergies.

In Hauts-de-France, Ile-de-France and Center-Val-de-Loire, particularly affected by the shortages created by strikes in refineries and fuel depots, motorists continued their quest on Thursday. gasoline and diesel engines, chasing tanker refueling and monitoring applications. A shortage that wastes considerable time for professionals who depend on their vehicle: road hauliers, craftsmen, paramedics...

"For four or five days, it's been a disaster," exclaims Françoise Ernst, a driving school instructor in Paris. “We can no longer work”.

"It's a real problem, not just for business leaders, for everyone", also testified Enzo Rougès, business manager in the automobile industry, at a stormed BP station in Paris.

The opening of negotiations took place after government requisitions of employees in the Esso-ExxonMobil refinery in Gravenchon and at the Flanders depot of TotalEnergies, to reopen the floodgates.