She is being prosecuted for "murder of a minor" under the age of 15, Avignon prosecutor Florence Galtier told AFP. 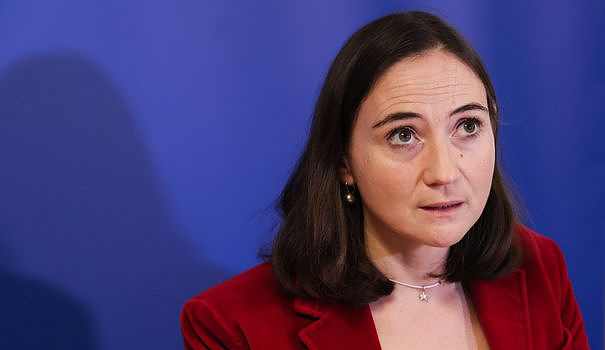 She is being prosecuted for "murder of a minor" under the age of 15, Avignon prosecutor Florence Galtier told AFP.

Questioned in the context of a preliminary investigation opened for "murder of a minor" under the age of 15, the suspect had in custody "evolutionary statements on the course of the facts", indicated Friday afternoon the prosecutor of Carpentras, Helene Mourges.

The case, which was initially in the hands of the Carpentras prosecutor's office, was finally entrusted to the investigation center of the Avignon court, "given the criminal qualification of the facts".

The only certainty: these two babies found frozen in a family freezer in Bédoin are newborns, said the magistrate.

"Scientifically, we are waiting for the filiation, or not, of these children", declared Ms. Mourges: "At this stage, there is no certainty and we must remain cautious until the technical investigations have been completed. carried out", investigations which will make it possible to "determine the causes and circumstances of death".

It is the call of a man, Wednesday, near the gendarmerie of Mormoiron, which allowed the macabre discovery, Thursday morning, in this small rural village of some 3,000 inhabitants in the north of Vaucluse, until then mainly known to be the starting point of a mythical ascent of the Tour de France towards Mont Ventoux.

But no indication was given as to the link between this witness and the family concerned.

"It's amazement, it's hard to explain, to find something rational. People are in misunderstanding, with haggard eyes" but "there is no judgment", rather a "form of modesty, respect because we don't know" what happened, explained the mayor of Bédoin, Alain Constant.

Regarding the suspect "she is a fairly discreet person that I had met a few times in the town", a "discreet family", he added.

Judicial files of this type, on babies found frozen in the family home, are in fact not rare in the French judicial annals, sometimes marked by an alteration in the judgment of the mother or the denial of pregnancies that remained unknown to those around her.

In March, a 30-year-old was indicted in Val-de-Marne after the discovery of two frozen babies at her home. In 2015, five bodies of infants were discovered in a freezer in Gironde, and their mother was subsequently sentenced to eight years in prison.

The most resounding case of this type was that of Véronique Courjault, sentenced in 2009 to eight years in prison for the murder of three of her newborn babies, including two discovered frozen in South Korea, where she was expatriated with her husband. . "I was aware of being pregnant, this awareness, I lost it at some point. For me, I was not expecting a baby", explained this mother of two boys.