From rugby to art, the poetic renaissance of Aristide Barraud

If tackles and inside hooks are a science specific to rugby, the artistic approach was already knocking at his door. 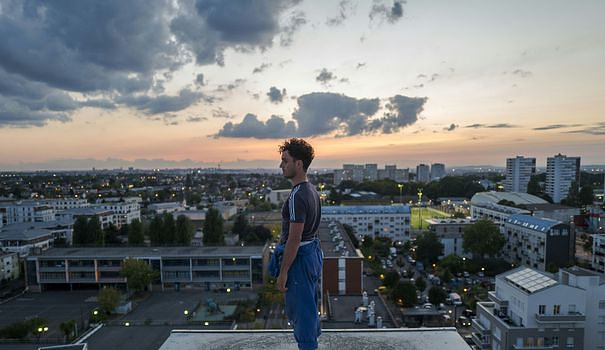 If tackles and inside hooks are a science specific to rugby, the artistic approach was already knocking at his door. "In the locker room, one of my teammates called me the poet. I said to myself: the bastard, but how does he know that I write poetry?" exclaims Aristide, 33 years old.

Long jet black locks and a golden earring, he observes the comings and goings of the gondolas from a café terrace in the Dorsoduro, a bohemian district of Venice where he returns regularly.

The child from Massy (Essonne) knows Italy well for having shone for three years in its championship. This was before "the 90 degree turn" in his life. Before the night of November 13, 2015, from which he miraculously escaped, wounded by three bullets which earned him a long rehabilitation.

This time, his dogged determination was not enough to bring him back to the field. Too dangerous, too insane. Here he is facing a blank page. "There is what happens to us and what we do with it", he summarizes in his first book, "But do not sink", published in 2017.

After the media wave, Aristide hides in the shadows. For two years, he camped in a caravan at the bottom of a forest, went into exile on an island in Brittany to end up on the roofs of Venice. Whole hours to write and photograph, for him who has always liked to capture the passage of time. It was necessary "to reinvent everything", he told AFP in his round and veiled voice.

Art returns to pick it up on the fly: in 2019, he is one of the 12 selected - among thousands of applications - to join the arts and images section of the Kourtrajmé school, created by director Ladj Ly. Without saying a word about his past. "I wanted to meet people for who I was, without feeling the weight of the attacks. It relieved me."

The youngest of three siblings, "Ari" did not rub shoulders with the cultural elite. But from rugby, he has retained a taste for effort and a sense of rigour. "I had the slab. The smallest crumb, the grain of sand that was given to me, I wanted to make a palace out of it," he says with a smile that lights up all his features.

The sense of instinct, inseparable accomplice of the opening half, has not left him either. Like this winter day in 2019 when he rushes into the B5, the last historic building in the city of Bosquets in Montfermeil (Seine-Saint-Denis), a gutted carcass doomed to demolition.

Every evening after class, notebook and film in his pocket, the adventurous artist walks his silhouette between the open-air towers, ghostly places of life squatted by birds of fortune. He will spend 2020 dodging workers and security guards. "It was a game but I loved it," he confesses.

His natural likability helps him gain the trust of the neighborhood. Since he always wanted to write, he writes messages in black ink on the walls of B5 and associates the inhabitants with his last days. Brush in hand, they too lay their last testimonies there.

"Word got around town that there was a weird guy on a bike doing paintings, people started coming to see."

From this "a bit crazy" project, he drew a photographic exhibition, a short film screened by the Ateliers Médicis and an eponymous book, "Courte vie plein", to be published on October 7. A mosaic of black and white film shots and contemporary prose influenced by hip-hop - it exalts the rhymes of rapper Oxmo Puccino, who signs the preface.

JR, his director in Kourtrajmé, praises his "determination" and his "talents". "He arrived with subjects in him, breaks, cracks, things he looked for in the world around him and found in the buildings of Montfermeil", he confides.

The B5 ended up falling, carrying the ephemeral messages in its heaps of dust. New works by Aristide lined the walls of the neighboring towers, between homage and nostalgia.

Viral videos on the networks show crowds of residents moved to tears in front of the photographic collages, the highest of which is 32m. "They realized that if it was important for a guy who was not from here, it was also for them", notes the artist.

This is perhaps the heart of his approach. "If your books are only useful to those who are already reading, then you are useless", asserts Aristide Barraud who wants to do art and writing "non-elitist things". "The most accessible, the most popular, the most universal possible."

A way for him to continue to play collectively. In rugby as in the arts, the orchestra is never far away.