From October 22 through November 5, the Virgen de la Cabeza is in Andujar

The Virgen De la Cabeza will be returning to the city thirteen years later. 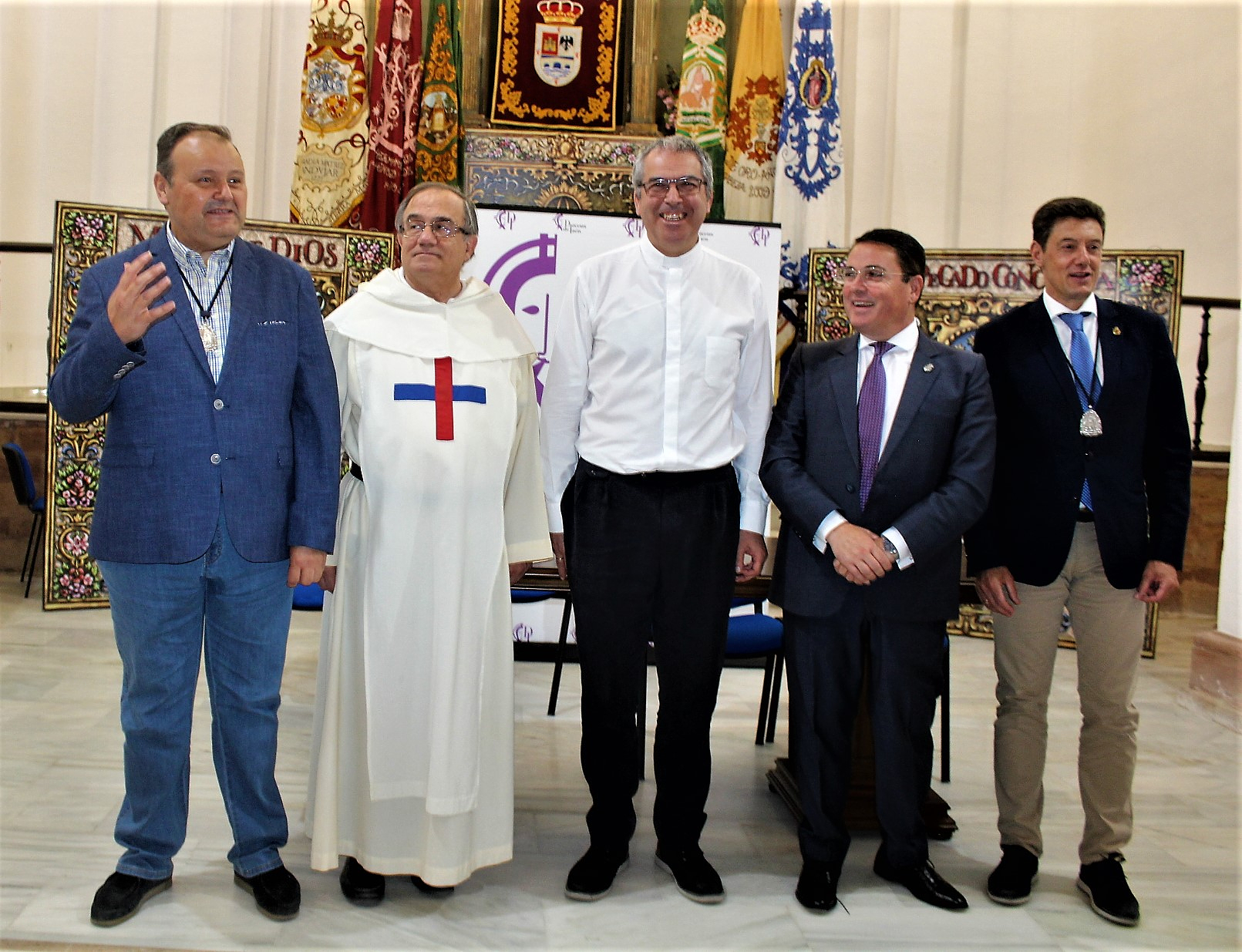 The Virgen De la Cabeza will be returning to the city thirteen years later. This is due to an extraordinary event in society or the world of church. The patron saint of Jaen and the Diocese will be on the road this Saturday, October 22nd, and she will return to Jaen on a pilgrimage in her cage on the 'Camino Viejo de Herradura’ on November 5th.

This time, it's due to the coronavirus panademic, which continues to wreak havoc, but not with the virulence that caused the suspensions of two pilgrimages, home and perimeter confinements. "Explained Juan Ignacio Damas the vicar general for the Diocese Jaen this noon at Santa Marina, Juan Ignacio Damas stressed that this event will be one of "diocesan nature", and was embraced enthusiastically by the Bishopric of Jaen.

This will mark the thirty-sixth descent of the Virgin during its history. It will be enthroned at Santa Maria la Mayor's main altar for two weeks, so there will be plenty of expectation in the city.

Manuel Vazquez (president of the Royal and Illustrious Mother Brotherhood of the Virgen de la Cabeza) admitted in his speech that the project had been weighed with the bishopric for more than 2 years. He said that covid-19 has not had a less impact. Vazquez revealed that the full program of activities will soon be presented. However, he also announced that a Pontifical Mass would be held in Plaza de Espana on October 30, presided over the image of the Virgen de la Cabeza.

The white pilgrimage, which is celebrated in the Sanctuary of the Virgen de la Cabeza with the disabled and sick on the second Sunday of Oct, will be held during these days in the city. "It will be a format similar that of the May novena where the parish communities' protagonism will every day," he said. Manuel Vazquez stated that this descent fulfills the claim of brothers and devotees. Trinitarian father Luis Miguel Alaminos (rector of the Minor Basilica, Royal Sanctuary of Our Lady of the Head) appealed to the fraternal love this descent would display. "This event is a pride, a responsibility, as custodians of the Virgin, and we'll be in It, because it is the position that corresponds with us and we will enjoy it with great satisfaction," he stated.

Pedro Luis Rodriguez, the mayor, explored the repercussions that the descent to the city of the Virgen de la Cabeza on businesses and hotels. The alderman exhorted, "Every time he does that, he leaves facts in the city which would not be understood without him devotion to the Virgen de la Cabeza," and he expressed his delight with the event. He asked that descents be performed more often, "so that all generation can enjoy this fact at different times in their lives."

Rodriguez encouraged streets to be decorated in honor of the occasion. He also anticipated that cultural activities would be created so that the historic descent will have more impact. Mayor of the City, Rodriguez expressed gratitude to the Mother Brotherhood and Bishopric of Jaen for the descent.

‹ ›
Keywords:
VirgenCabezaAndujarOctubreNoviembre
Your comment has been forwarded to the administrator for approval.×
Warning! Will constitute a criminal offense, illegal, threatening, offensive, insulting and swearing, derogatory, defamatory, vulgar, pornographic, indecent, personality rights, damaging or similar nature in the nature of all kinds of financial content, legal, criminal and administrative responsibility for the content of the sender member / members are belong.
Related News