From Auriol to Holland: the visits to France of Elizabeth II

- 1948: first visit as a princess -</p>The young Elizabeth made her first official visit abroad as Crown Princess in France at the age of 22 in 1948. 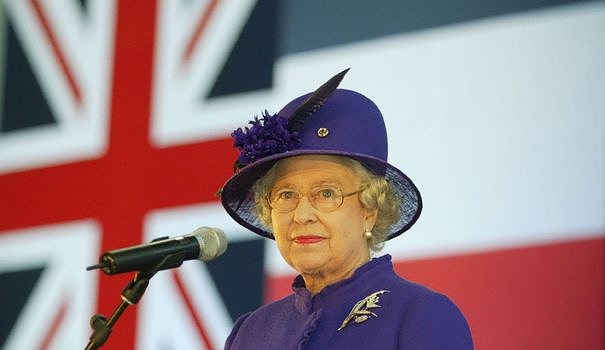 The young Elizabeth made her first official visit abroad as Crown Princess in France at the age of 22 in 1948. She received, from the hands of President Vincent Auriol, the Grand Cordon of the Legion of Honor, of which she was the ninth. woman in the world to hold. Ten years earlier, she had not accompanied her parents, King George VI and Elizabeth, when they came to Paris. But Hermès, Chanel, Lanvin and other prestigious fashion houses had a dazzling doll's outfit made for her and her sister Margaret.

In 1957, Elizabeth II returned to France as queen.

Parisians turn out in large numbers to follow his procession through the streets of the capital. “Look at our Parisians, how much they love you,” President René Coty told him.

The highlight of the demonstrations is a night cruise on the Seine, the banks of the capital having been specially decorated, flowered and illuminated for its intention.

A few months before the entry of the United Kingdom into the European Economic Community (EEC), the second official visit of Elizabeth II, in May 1972, was placed under the sign of Europe.

"While it is true that we are not driving on the same side of the road, it is also true that we are going in the same direction (...). I see the development of communities as the birth of a new Europe , of a Europe of partners in a large-scale undertaking. I see this as a turning point in its history", said the Queen to President Georges Pompidou.

Elizabeth II takes advantage of her stay to see her "dear Uncle David", the Duke of Windsor, who has been living in France since 1936. His visit is a sensitive subject in the United Kingdom where the former King Edward VIII had created scandal by abdicating to marry Wallis Simpson. The Duke dies a few days later.

Elizabeth II visits four of the great achievements of President François Mitterrand's mandate: the Louvre pyramid, the city of sciences of La Villette, the great arch of La Défense and the Musée d'Orsay.

Emphasis is once again placed on European construction, at a time when Europe is entering a new phase of enlargement and deepening, leading to dissension between the two partners. "The Anglo-Saxon tradition is a bit to the Latin tradition in Europe what oil is to vinegar. You need both to make the sauce, otherwise the salad is badly seasoned," the queen told the president.

The visit of Elizabeth II takes place against a background of crisis within the royal family. The French newspapers make their fat cabbage of the marital disappointments of his children.

Invited by President Jacques Chirac, the Queen is celebrating the centenary of the Entente Cordiale, the founding act of Franco-British friendship, in the midst of tension between the two countries over the war in Iraq.

For the first time, the monarch arrives in France by Eurostar and enjoys a walkabout in the shopping street Montorgueil in the heart of Paris.

The Queen's fifth state visit corresponds to the commemorations of the 70th anniversary of the landings. On the beaches of Normandy, she meditates alongside 1,800 veterans and 18 heads of state and government, including the American and Russian presidents, Barack Obama and Vladimir Poutine. Guest of honor of President François Hollande, she is the only dignitary present to have worn the uniform during the Second World War.