Post a Comment Print Share on Facebook
Famagusta 30
DOLLAR 17,96
EURO 18,26
GOLD 1.016,73
BIST 2.980,00
Will Amazon soon speak for small German booksellers?
The Last Look of Kim Wexler
That is why Philipp Ruch now supports the death penalty
The true story of Amélie Nothomb: her confidences, her mysteries, her...
Only the truly sovereign can trust
“The need of the hour for the West is self-assertion”
Lessons from the Great Drought of 1302
The Strange Career of the Word "Siuuuu"
Kievel claims to have to gender – ZDF disagrees
Why Islam sentenced Rushdie to death

From August 31 through September 3, the 5th Banco de Libros de Tijola cycling challenge will be held

Maribel Sanchez Torregrosa was the delegate for the Government of Almeria de Andalucia. 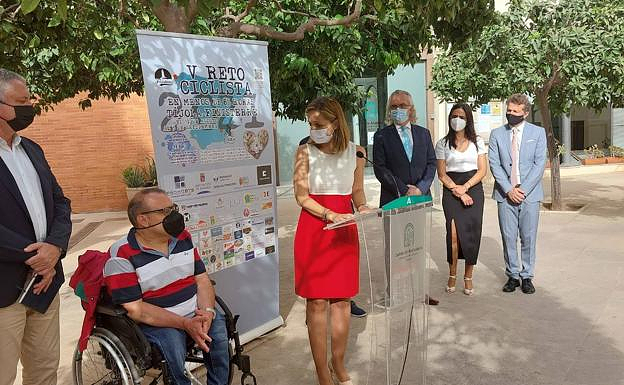 Torregrosa praised "the significant solidarity work that this association had been developing in the recent years. This entity pursues the development of activities that promote literacy and education for the most vulnerable and disadvantaged children population." The Andalusian delegation has praised "the outstanding work done by Banco e Libros de Tijola," which has created a large family made up of volunteers in Almeria's Almanzora region, and in Tijola specifically. Torregrosa would like to thank all the collaborating and sponsored institutions and companies who have turned to this association.

Delegate also recalled that the Banco de Libros de Tijola was awarded the Andalusian flag in 2019. This is a recognition by the Andalusian Government for the work and dedication of its founder, Eugenio Garcia Lopez>>.

Antonio Fernandez Gallardo, Banco de Libros' representative, explained that the V Challenge will start on August 31st and end September 3. The route will start from Tijola and end at Cape Finisterre. It is intended to be completed in under 85 hours. Fernandez Gallardo stated that the route covers more than 1,200 km and requires that you travel an average of 300km per day. Jose Ramon Marin (Banco de Libros) and Jose Manuel Requena (two friends who are avid cyclists, will take part in the Challenge. They collaborate every year with the association by completing a Cycling Challenge through various parts of Spain). They are attempting to unify Andalusia and Galicia by starting from Tijola (Almeria), and ending at Cape Finisterre, A Coruna. This challenge will result in the creation of a playground for children, a library and school classrooms at the Torrecardenas Maternal and Child Hospital.

"For the ability to perform a feat such as the one presented today, while showing the support from the Andalusian government to continue carrying out projects that reach children without resources," the Health delegate said.

The Torrecardenas University Hospital's managing director stated that work such as the Tijola Book Bank's is a model for society, and should inspire us to keep working for others. He also expressed gratitude for "this year's proceeds going to a project so beautiful as a park and classroom for minors admitted at our hospital."

The Banco de Libros has recalled that in order to raise funds, there are many sponsors, co-sponsors, and collaborators. Among them, the Provincial Council of Almeria and Promobys, Renaul Syrsa Automocion and Marmoles Orfemar stand out. The sale of solidarity kms, in which a raffle is held to win a'super bag' of the cycling challenge, is another way to raise funds. You can find them at Tijola and in the Farmacia Granada 115, Almeria.

‹ ›
Keywords:
RetoCiclistaBancoLibrosTijolaDesarrollaraAgostoSeptiembre
Your comment has been forwarded to the administrator for approval.×
Warning! Will constitute a criminal offense, illegal, threatening, offensive, insulting and swearing, derogatory, defamatory, vulgar, pornographic, indecent, personality rights, damaging or similar nature in the nature of all kinds of financial content, legal, criminal and administrative responsibility for the content of the sender member / members are belong.
Related News 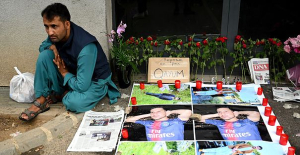 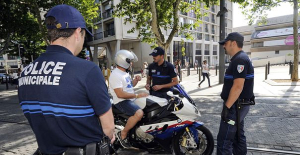 Marseille: a young man kills himself during an urban... 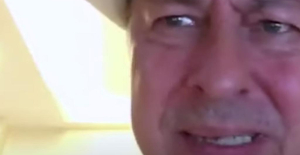