Passengers affected by the Christmas train strike in France can have their tickets reimbursed twice. 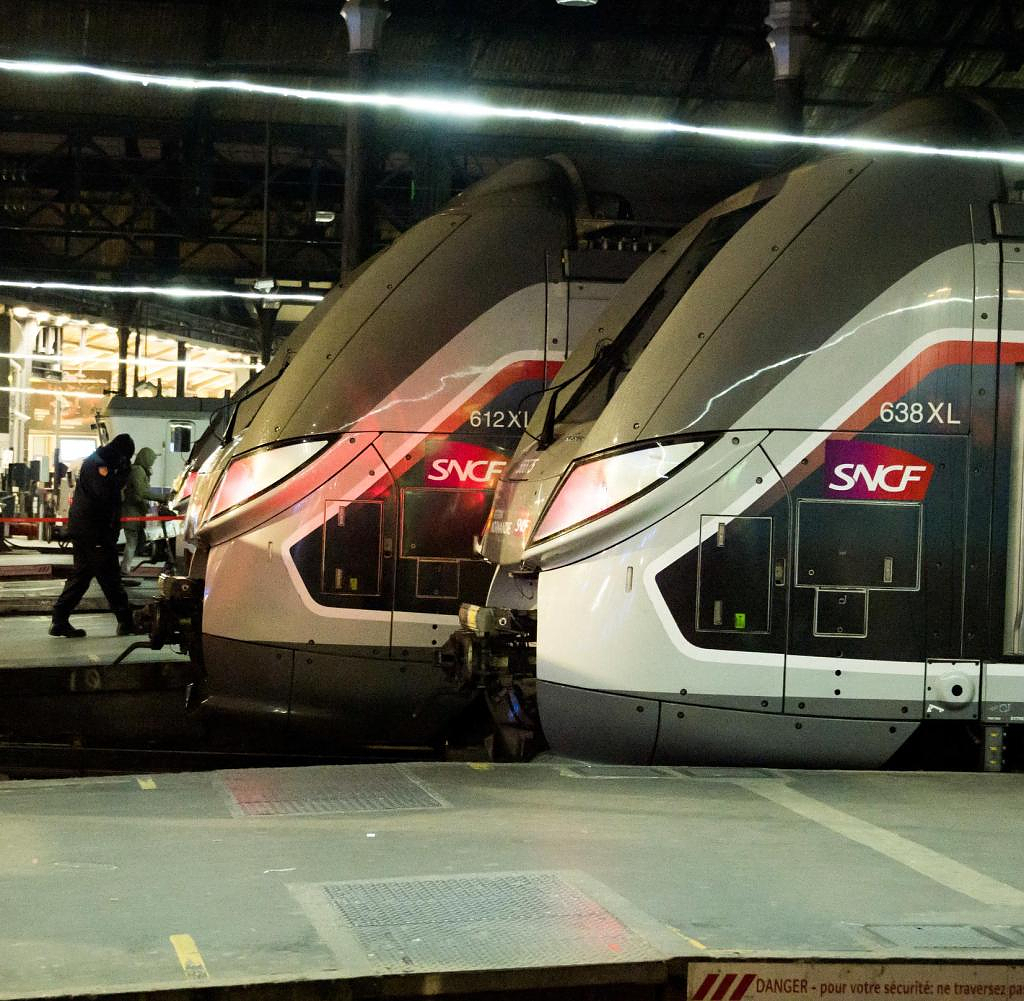 Passengers affected by the Christmas train strike in France can have their tickets reimbursed twice. "If trains are cancelled, there is a 200 percent refund," Christophe Fanichet, head of SNCF Voyageurs, told France Info on Wednesday.

Travelers could also exchange their tickets for the Christmas weekend free of charge. However, most trains on the public holidays are already fully booked for a long time. "I would like to apologize on behalf of the company," said Fanichet. “A strike during the Christmas holidays is unacceptable. It makes me angry," he said. The reimbursement of the tickets will cost the company several million euros.

Government spokesman Olivier Véran was also outraged by the strike. "You don't go on strike at Christmas," he told France Inter. “I'm not questioning the right to strike (...) but is it really necessary to go on strike over the Christmas weekend? No, it's not," he said. A double refund of the ticket cannot replace a Christmas celebration in the family.

Because of a strike call by the train bosses, about a third of all trains are said to be canceled on Friday. The north is particularly affected, where only every second train should run. A quarter of the trains heading east are to be omitted.

On December 24th and on Christmas Day, even fewer trains are to run. Details are to be announced later.

For once, the strike did not come from the unions, but from a loose association of train managers who are responsible for both ticket inspections and on-board security. This association emerged from a Whatsapp group and now has more than 3500 members, which corresponds to about a third of the professional group.

The unions have not actively called for a strike. However, they refrained from withdrawing a strike warning for the Christmas weekend.

The train manager collective had already called for a strike at the beginning of December, which led to the failure of around 60 percent of long-distance trains. Employees complain about what they consider to be low salaries and poor working conditions. They also do not want to be represented by the unions, which they believe are primarily concerned with internal guerrilla wars.

According to its own statements, SNCF has already offered the train managers more salary and made suggestions for improvement.

‹ ›
Keywords:
NewsteamFrankreichWirtschaftBahnArbeitnehmerStreiksFahrgastrechteTexttospeechSNCFFrance InfoChristophe FanichetFrankreichParisWeihnachtswochenendeWeihnachtenKrimi
Your comment has been forwarded to the administrator for approval.×
Warning! Will constitute a criminal offense, illegal, threatening, offensive, insulting and swearing, derogatory, defamatory, vulgar, pornographic, indecent, personality rights, damaging or similar nature in the nature of all kinds of financial content, legal, criminal and administrative responsibility for the content of the sender member / members are belong.
Related News