The Paris Court of Appeal ruled against extradition to Italy of ten ex-members of Italian extremist left-wing radical organizations, who have been refugees in France for decades. 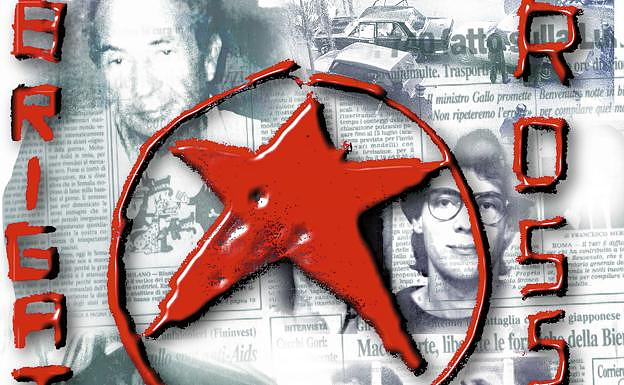 The Paris Court of Appeal ruled against extradition to Italy of ten ex-members of Italian extremist left-wing radical organizations, who have been refugees in France for decades. Rome claimed that they were involved in terrorist attacks in the so-called "years of lead".

The European Convention on Human Rights was used by the investigating chamber to justify its negative opinion. Articles 8 (right to respect private and family life) as well as 6 (right for a fair trial) were specifically mentioned.

"I am very happy to be able to help my client. Jean-Louis Chalanset (lawyer for Enzo Calvitti), said that he was afraid of being sent to prison.

Eight men and two women aged between 60 and 78, were the ten terrorists who have rebuilt their lives in France. Sixteen of them were members of the Red Brigades in Italian Brigate Rosse, while four others belonged to transalpine radical left wing groups.

The Justice of Rome has claimed all of them to be sentenced for terrorist acts in connection with attacks on Italy in the 1970s, 1980s.

They felt protected by the so called 'Mitterrand doctrine' until last year. Francois Mitterrand, a former Socialist President, made a verbal promise in 1985 to not extradite ex-far-left terrorists to Italy if they had renounced violence or committed no blood crime.

France maintained the Mitterrand doctrine' for 36 years until Emmanuel Macron, president of France, authorized the arrest of ten Red Brigades members who were sentenced to life imprisonment or eleven years in Italy for attacks between 1979 and 1982.

The decision to bury 'Mitterrand doctrine" was a shift in position at the Elysee Palace. It was also interpreted as a gesture towards Mario Draghi's new government.

Italy was the victim of a series of terrorist attacks between 1968 and 1982. These attacks were carried out by the extreme left as well as the right. The Red Brigades were the most well-known terrorist group from this latter faction. They are credited for numerous assassinations including the one of Aldo Moro, a Christian Democrat leader and ex-Prime Minister of Italy in May 1978.

‹ ›
Keywords:
JusticiaFrancesaRechazaExtradicionItaliaExmiembrosBrigadasRojas
Your comment has been forwarded to the administrator for approval.×
Warning! Will constitute a criminal offense, illegal, threatening, offensive, insulting and swearing, derogatory, defamatory, vulgar, pornographic, indecent, personality rights, damaging or similar nature in the nature of all kinds of financial content, legal, criminal and administrative responsibility for the content of the sender member / members are belong.
Related News