In a new video message, Ukrainian President Volodymyr Zelenskyy reiterated his goal of recapturing the Black Sea peninsula of Crimea, which had been annexed by Russia. 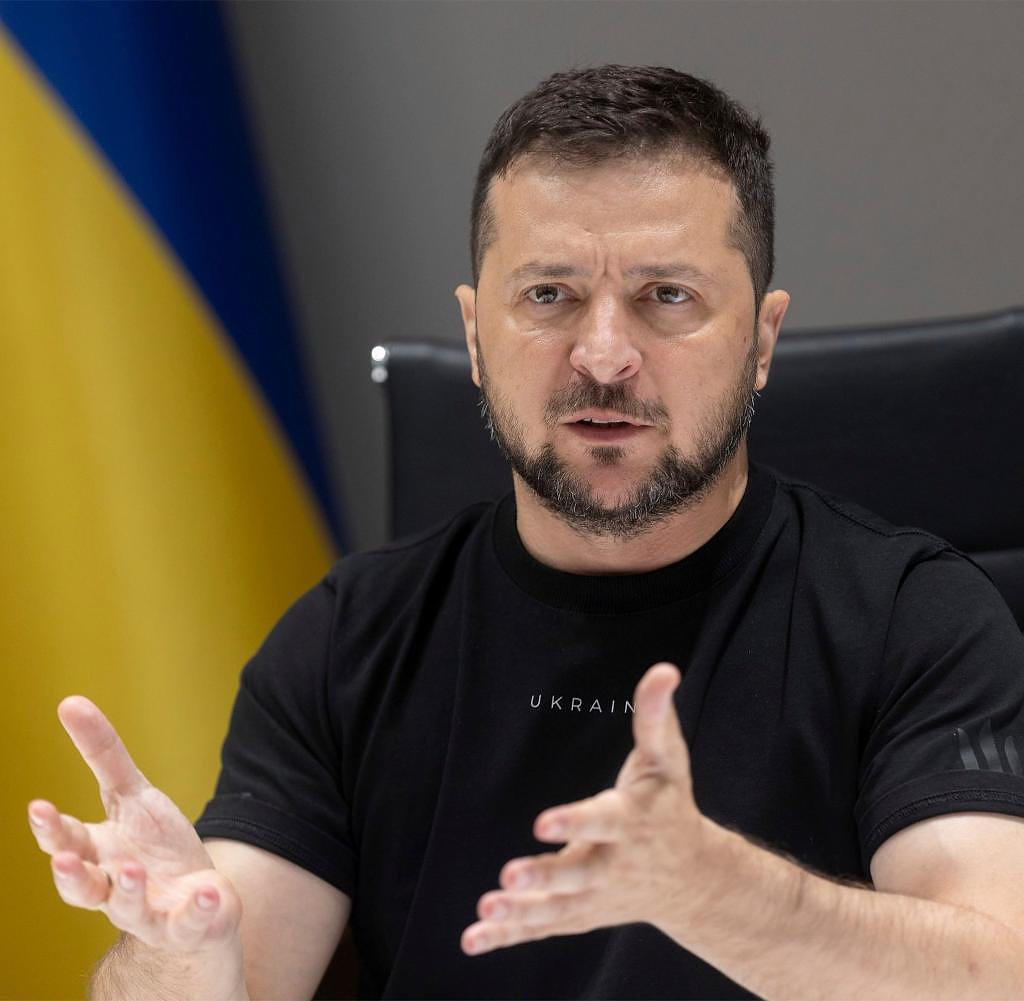 In a new video message, Ukrainian President Volodymyr Zelenskyy reiterated his goal of recapturing the Black Sea peninsula of Crimea, which had been annexed by Russia. "I believe that the Ukrainian flag and free life will return to Crimea. We are liberating our entire earth, all our people," Zelenskyy said in the clip released in Kyiv on Sunday evening. For the liberation, the Ukrainian armed forces, military reconnaissance and special services are already taking all the necessary steps.

“And everyone can see: the occupiers have already started to leave Crimea. It's the right choice for all of them," said Zelenskyy. However, there is no evidence that the Russians actually withdrew from the peninsula. The head of state also recalled the "repression" against the Crimean Tatar population, whose freedom rights were being suppressed.

Russia incorporated Crimea into its territory in 2014. Kremlin chief Vladimir Putin justified the war against Ukraine on February 24 by saying that he saw indications of attempts by the Ukrainian leadership to take back Crimea using military force. Russia had always emphasized that it would not allow this under any circumstances.

Recently there had been massive explosions with devastating destruction and incidents with drones in Crimea. The already extreme security measures on the peninsula were then reinforced again. "The Russian presence has turned Crimea into one of the most dangerous and unfree places in Europe," Zelensky said.

In the video recorded after a conversation with EU Commission President Ursula von der Leyen, the Ukrainian President also reiterated his demands for entry bans for Russians. There must be restrictions on visas for those who support terrorism against Ukraine, he stressed. "Europe is a country of values ​​and not a Disneyland for supporters of terror."

In his nightly speech, Ukrainian President Volodymyr Zelenskyy reports on land gains. He thanks the armed forces for taking two locations in the south of the country, a third location in the east and other areas also in the east. He does not provide precise information on the location and time. He received positive reports at a meeting with his military commanders and his intelligence chief, Zelenskyy continues. A Russian statement is not available.

According to information from Kyiv, the Ukrainian armed forces have liberated the village of Vysokopillya from the Russian occupation in the Kherson region. The deputy head of the presidential office, Kyrylo Tymoshenko, published a photo of the hoisted flag on Telegram. However, as early as June there were reports of the recapture of this town in the northern part of the region.

‹ ›
Keywords:
NewsteamRusslandUkraineKrieg (24.2.2022)SelenskyjWolodymyr
Your comment has been forwarded to the administrator for approval.×
Warning! Will constitute a criminal offense, illegal, threatening, offensive, insulting and swearing, derogatory, defamatory, vulgar, pornographic, indecent, personality rights, damaging or similar nature in the nature of all kinds of financial content, legal, criminal and administrative responsibility for the content of the sender member / members are belong.
Related News