France will "train up to 2,000 Ukrainian soldiers" on its soil, announces a minister

These soldiers "will be assigned to our units for several weeks", he explained, emphasizing that the training will cover three levels: "general combatant training", "then, on specific needs reported by the Ukrainians, such as logistics", and "a third level of training on the materials provided". 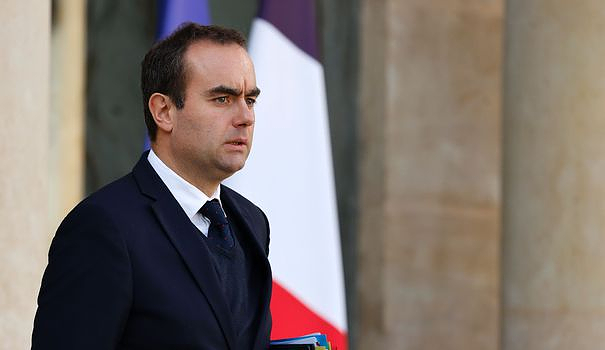 These soldiers "will be assigned to our units for several weeks", he explained, emphasizing that the training will cover three levels: "general combatant training", "then, on specific needs reported by the Ukrainians, such as logistics", and "a third level of training on the materials provided".

"We do this by respecting the rules of law, without ever being in co-belligerence because we are not at war. We are helping a country which is at war" after the invasion of Russia, argues the minister.

France will also deliver Crotale anti-aircraft defense systems to Ukraine, said Mr. Lecornu, specifying an announcement made to this effect on Wednesday by President Emmanuel Macron.

The number of Crotale short-range anti-aircraft systems that will be sent to kyiv "is being defined with the Ukrainians", but "will be significant to enable them to defend their skies", he assures.

"We have twelve of them, but it is a device which is intended to gradually die out and be replaced by MAMBAs (anti-aircraft defense systems equipped with Aster missiles, with a range of up to 50 km or even 100 km , editor's note), so this will not create a shortage for the French army", he affirms, saying that "the goal is to complete this operation within the next two months".

Mr. Lecornu also recalls that in addition to the 18 Caesar guns already sent to kyiv, "discussions are continuing to mobilize six additional guns" and that France is studying "the delivery of surface-to-surface missiles such as the LRU (rocket launcher multiple)" in response to a Ukrainian request.