Since their landing in the military port of Toulon on Friday morning, these people rescued from the Mediterranean and to which Italy has closed its ports have been transferred to a holiday center on the peninsula of Giens, in the Var, transformed into a " international waiting zone which they are not allowed to leave, with the exception of unaccompanied minors cared for by child welfare services. 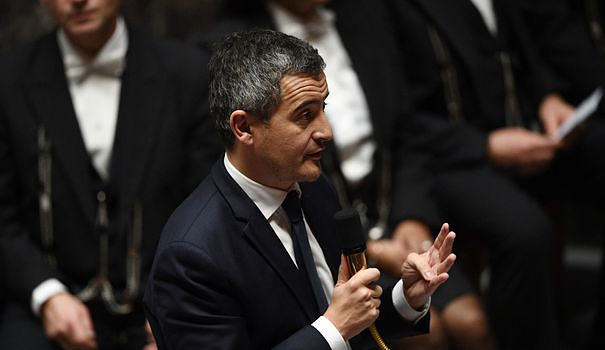 Since their landing in the military port of Toulon on Friday morning, these people rescued from the Mediterranean and to which Italy has closed its ports have been transferred to a holiday center on the peninsula of Giens, in the Var, transformed into a " international waiting zone which they are not allowed to leave, with the exception of unaccompanied minors cared for by child welfare services.

Among them, "44 are now seeing" their asylum request refused and "will be returned" to their country, explained Interior Minister Gérald Darmanin during a session of questions to the government at the Assembly. , suggesting that other people may be affected when all the profiles have been studied.

In the waiting area, after security interviews conducted by the internal intelligence services, the French Office for the Protection of Refugees and Stateless Persons (Ofpra) is responsible for carrying out an initial assessment of the files to decide whether the migrants can be officially admitted. on French territory to submit an asylum application.

“People who are refused” this entry under asylum “will be returned as soon as their state of health (…) allows it” to their country of origin, underlined the Minister of the Interior.

"I have already made (...) contact yesterday (Monday) with my foreign counterparts so that these deportations to the border can be done in the shortest possible time", he added, hoping that these refoulement will be carried out by the closing of the waiting area, "in about twenty days".

Gérald Darmanin, however, did not specify the nationalities of the persons concerned.

"There is a right of appeal" suspensive in the event of refusal of this asylum request for a period of 48 hours and 72 hours if the judge is seized, commented to AFP Laure Palun, director of the association. National Border Assistance for Foreigners (Anafé).

“During this period, people cannot be deported. If this were the case, it would be a violation of the principle of non-refoulement and of the Geneva Convention,” she warned.

His association had filed a judicial request in Toulon asking for the end of "deprivation of liberty" for these migrants, rejected on Tuesday.

She demanded in particular the closure of the waiting area, created ad hoc by prefectural decree.

Met by AFP in the Toulon judicial court, Efun, a 19-year-old Bangladeshi, was awaiting a magistrate's decision on Tuesday on the extension of his confinement: "I want to stay in France, because here it is good, there are no political problems,” he claimed, assuring that his boat had broken down before he and his companions in misfortune were rescued.

Within the waiting area, Anafé reports "alarming findings": "The people rescued by the Ocean Viking are victims of violations of their fundamental rights" and "violations of the right of asylum", s is she indignant in a press release which deplores in particular the absence of interpretation, psychological follow-up and access to a lawyer.

Of the 234 survivors, "60 can apply for asylum, in particular Syrians, Sudanese, Eritreans", the Minister of the Interior also indicated on Tuesday.

Two thirds of the survivors must be relocated to eleven other European countries, still welcomed the Minister of the Interior.

The refusal of the far-right Italian government to allow the ship chartered by SOS Méditerranée to dock, after a wandering at sea of ​​nearly three weeks, fractured Franco-Italian relations on the burning subject of immigration, when France agreed for the first time to host a rescue vessel operating in the central Mediterranean.

Emmanuel Macron and his Italian counterpart Sergio Mattarella noted on Monday the fact that "things had to get back to normal and that the two governments needed to work together because the subject of migration can only be managed if there is cooperation between Europeans", indicated the Elysée.

Monday evening, 188 survivors were still in the waiting area, according to the Var prefecture.