Among the “dozen measures” planned, there is a call for less heating and less lighting, an encouragement for teleworking, a financial incentive for carpooling or even the cutting of hot water in the administrations (except showers)…</p>Objective: to reduce France's energy consumption by 10% in two years, and in the meantime, to ensure that the country goes through the winter without gas or electricity cuts. 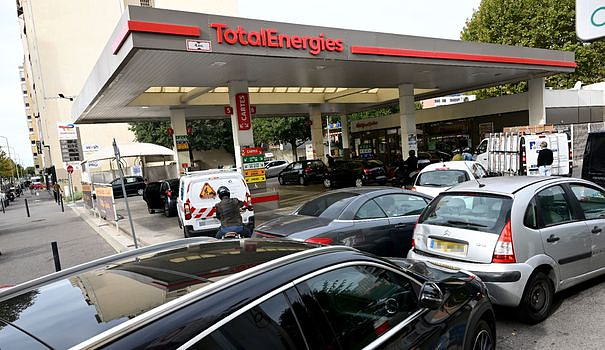 Among the “dozen measures” planned, there is a call for less heating and less lighting, an encouragement for teleworking, a financial incentive for carpooling or even the cutting of hot water in the administrations (except showers)…

Objective: to reduce France's energy consumption by 10% in two years, and in the meantime, to ensure that the country goes through the winter without gas or electricity cuts.

Half a century after the first oil shock, the French, households and businesses alike, will have to relearn how to reduce their electricity consumption during peak hours, in the morning and in the evening, and to burn less gas throughout the winter, to save the reserves which are full but will not suffice.

To signify the urgency, no less than nine ministers will follow one another all afternoon, exchanging with local elected officials, business representatives or even the High Council for the Climate, to present these "savings measures", fruit of a few months work.

The event, at the Porte de Versailles Exhibition Center in Paris, will be closed by Prime Minister Elisabeth Borne.

It was she and her Minister for Energy Transition who announced the launch of this plan at the end of June, "first step" to reduce France's energy consumption by 40% by 2050 and work towards carbon neutrality. "In the longer term, energy sobriety will be fundamental to achieving our climate goals," they said.

“This sobriety plan is a long-term voluntary plan that starts from the ground and which is intended to be irreversible,” said Minister Agnès Pannier-Runacher on Wednesday before the deputies. "It mobilizes first and foremost large companies, large local authorities and obviously the State, because the effort must come first of all from those who have the most means and those who have the most impact".

Water heating represents 10% of the energy for public buildings, we explain to the Ministry of the Public Service, which must also announce a 15% increase in telework compensation, to 2.88 euros per day.

At the heart of the recommendations is the famous maintenance of the interior temperature at 19°C, in the energy code since 1978.

"It's the law, but customers were asking us for 21°C or even 22, because the price of fossil fuels was low", notes Pierre de Montlivault, president of the federation of energy services. "Today the conditions are met so that together, companies, trustees, donors..." do it "for good".

On the sports side, represented Thursday in particular by Tony Estanguet, of the Paris 2024 Olympic Games organizing committee, it is planned to lower the heating of equipment, one degree less in swimming pools, and a moderation of lighting before and after matches.

In terms of lighting, a decree was published Thursday in the Official Journal to generalize the extinction of store lights and bright advertisements between 1 and 6 am.

Thursday will also be launched a communication campaign to hammer home that "every gesture counts" ... But "there is no question of asking for additional efforts from the 12 million French people in a situation of fuel poverty", said Ms. Pannier-Runacher .

With the surge in energy prices, fueled by the post-Covid recovery and the war in Ukraine, but also by the problems of the nuclear reactors of Electricité de France (EDF), the word "sobriety" has arrived at the heart of politics. public, after having often been taboo.

In advance, environmental NGOs welcomed the government's approach, while calling, like France Nature Environnement (FNE), to "see further than the end of winter".

Anne Bringault, who will speak on Thursday for the Réseau Action Climat, thus already doubts whether the objective of -10% over two years will be achieved, as long as "we essentially remain with encouragement and incentives, without planned monitoring of commitments taken and the real impacts of the measures".