The fall is due in particular to capital goods, the production of which fell by 1. 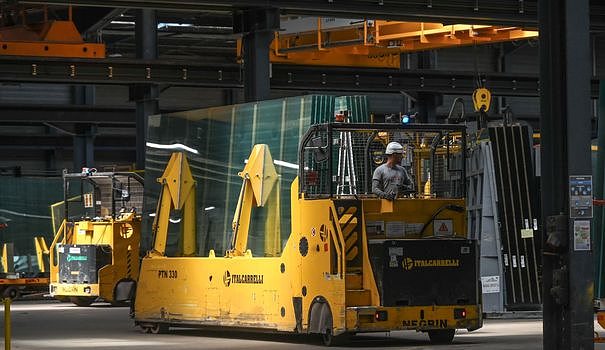 The fall is due in particular to capital goods, the production of which fell by 1.9%, to transport equipment excluding automobiles, which fell by 3.3%, and to a lesser extent to agri-food, in drop of 0.8%, details the National Institute of Statistics.

Over the last three months compared to the same period of 2021, industrial production fell by 0.2%, but manufacturing production rose by 1.8%, which INSEE explains by "a sharp drop of 9.8% in the extractive industries, energy, water sector due to the drop in energy production".

Conversely, production increased by 5.5% during this same period in transport equipment and particularly in the automotive industry (10.4%), "which is less affected than a year ago by the difficulties in supplying semiconductors", explains INSEE in its press release.

Over this period, the production of capital goods also increased, by 2.7%.

Finally, INSEE revised downwards the evolution of industrial production for the month of June, which rose only 1.2% over one month, against 1.4% initially announced. The increase in manufacturing production in June is also revised down to 0.9%, against 1.2%.