Fourth year of internship in medical deserts: "We must not fall into exploitation"

To test it is to adopt it. 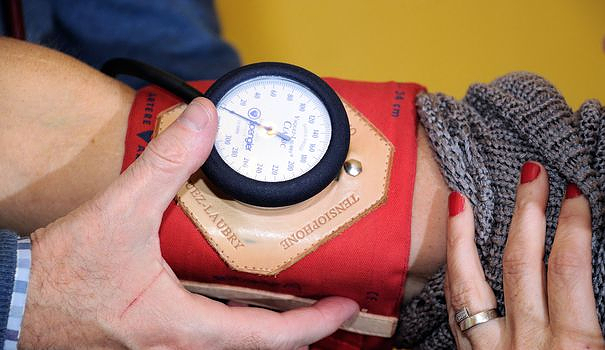 To test it is to adopt it. To attract young general practitioners to areas that have been neglected until now, what could be better than a preliminary stay? The next Social Security budget will include a measure to extend by one year the studies of future general practitioners in places lacking practitioners. "Given the medical demography and the distribution of professionals on the territory, this year of consolidation will aim to take place as a priority in under-dense areas", specified the Ministers of Health and François Braun and of Education. superior Sylvie Retailleau.

Four practitioners were responsible for leading the consultation, but already, a strike broke out. The main interns' union announced Monday, September 26 "a great mobilization" in October. The National Intersyndicale des Interns (ISNI) denounces an “injustice”, “a “coercive” measure, far from being a solution. An “instrumentalization”, to respond to medical deserts, “at a lower cost”? For Mathieu Lapalus, general practitioner in an "under-dense" area, member of the Professional Territorial Health Community of Rouanne (CPTS), the objective must above all be educational, built around close collaboration with local health professionals.

L'Express: You are a general practitioner in Charlieu, a small town between Saint-Etienne and Lyon, you train interns and are involved in welcoming new professionals and promoting exercise in your sector, near Roane. In your opinion, is this hypothesis announced by the government a good idea?

Mathieu Lapalus: The fourth year has already been mentioned in recent years. As I am an internship supervisor, I talk to a lot of interns. At the health center where I work in Charlieu, they wonder each year which promotion will be concerned. The real question is: "What are we going to do with it?". The government did not provide practical readability, nor a date of implementation. I will therefore follow this closely.

If it's to fill in the gaps, it's not a good idea. If behind there is a real educational project why not. It is planned to put the interns in complete autonomy in certain areas. Why not also, but we must ensure a strong link with tutors and with other professions, physiotherapists, pharmacists, to prevent these young people from being let go and lost, at the risk of them leaving the profession, overworked or disgusted.

The interns' unions also fear difficult working conditions for those sent to rural areas or disadvantaged suburbs: "They will have to provide consultations for complex patients who change general practitioners every 6 months. Is this that this idea is a way of using internals?

It's the risk. For many years, interns have been used to run hospitals. Without them, the establishments do not run, which is not normal. The interns are already used to fill the gaps, so the temptation can be great to do the same thing in ambulatory medicine. The reform can therefore be perceived as a form of exploitation of these students. In my opinion, it is exploitation if the interns are not supervised and cannot exchange. If they work a lot, but learn a lot and can refer to someone to avoid becoming insecure, then the experience will be beneficial.

How do you encourage interns to practice in under-dense areas?

What matters is that there is a team in place to support a professional. The various paramedical and medical professions must ensure that the professional does not feel ignored. The fourth year must be done in places where the young person will be supported. Nursing homes are a good support, they can be reference bodies for interns.

Supervision is already part of the missions, it would be a logical continuation. They would be delighted to help set up doctors in isolated areas, and to participate in restoring the attractiveness of these areas.