Four people are being investigated by the Civil Guard in Lopera for allegedly committing a Crime of False Documentation.

In March, the Civil Guard, specifically the Service for the Protection of Nature of the Command of Jaen received a complaint from someone claiming that she was exhibiting possible animal abuse. 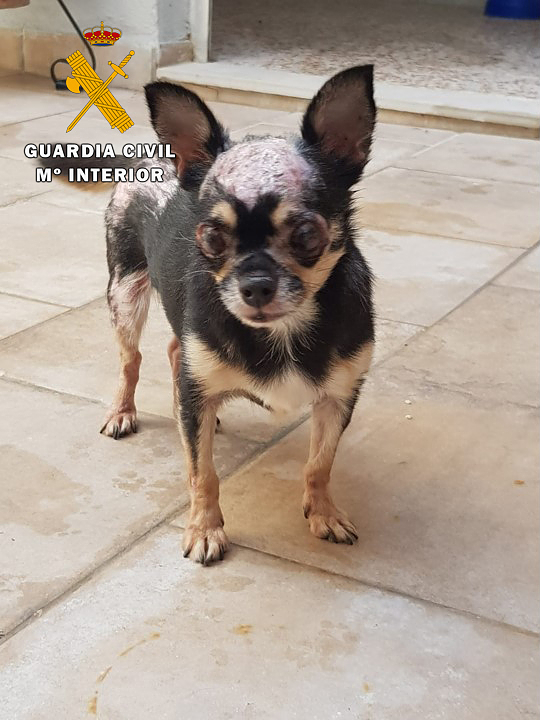 In March, the Civil Guard, specifically the Service for the Protection of Nature of the Command of Jaen received a complaint from someone claiming that she was exhibiting possible animal abuse. She had in particular welcomed nine dogs in poor hygienic conditions and health, which were allegedly from an illegal dog farm.

The Civil Guard initiated investigations to clarify the facts. They then proceeded to inspect the facilities in the Industrial Estate in Lopera (Jaen) to verify the condition in which the animals were located.

The Civil Guard components discovered that 35 dogs were over three months of age inside the enclosure. Four of these dogs were presumably of a dangerous breed. After analyzing the passports, they found that an incorrect vaccination schedule was in place.

The investigations continue. It was found that the Activity License was missing from the person who managed the facilities. He also did not have the permit that was issued by the City Council in the same locality. This would prove that the company is capable of selling and breeding pets in accordance to Law 7/1985 of April 2, Regulating Bases of Local Regime.

Agents also confirmed that the facilities were not registered as a zoological center and an entry and exit registry for animals at the time of inspection. They verified the sale of 47 dogs, which was approximately 50,800 Euro.

The people responsible for these facilities were identified as the perpetrators of a Document Forgery crime. They located 20 dogs that had been incorrectly identified using the passports that included the microchip in the syringe. This allowed them to be replaced. From one animal to the next.

Two collegiate veterinarians were also investigated for an alleged Crime of False Documentation. They participated in events that included the issuance of 20 passports. However, the microchips associated to them were not implanted in the animal. The other was charged with consigning the animal for rabies vaccination or treatment against echinococcus without actually having done them. The Court number 1 of Andujar received the necessary proceedings based on the above actions.

‹ ›
Keywords:
GuardiaCivilInvestigaLoperaCuatroPersonasPresuntasAutorasDelitoFalsedadDocumental
Your comment has been forwarded to the administrator for approval.×
Warning! Will constitute a criminal offense, illegal, threatening, offensive, insulting and swearing, derogatory, defamatory, vulgar, pornographic, indecent, personality rights, damaging or similar nature in the nature of all kinds of financial content, legal, criminal and administrative responsibility for the content of the sender member / members are belong.
Related News