It's that time again: When it's getting colder outside, the colorful leaves are falling from the trees and you find pumpkins not only on your plate, but almost everywhere as a decorative object, you know: It's not only autumn, but also the spookiest time of the year! Halloween on October 31 is followed a day later by All Saints' Day, during which in Catholic regions not only the Christian saints are commemorated, but also the dead. 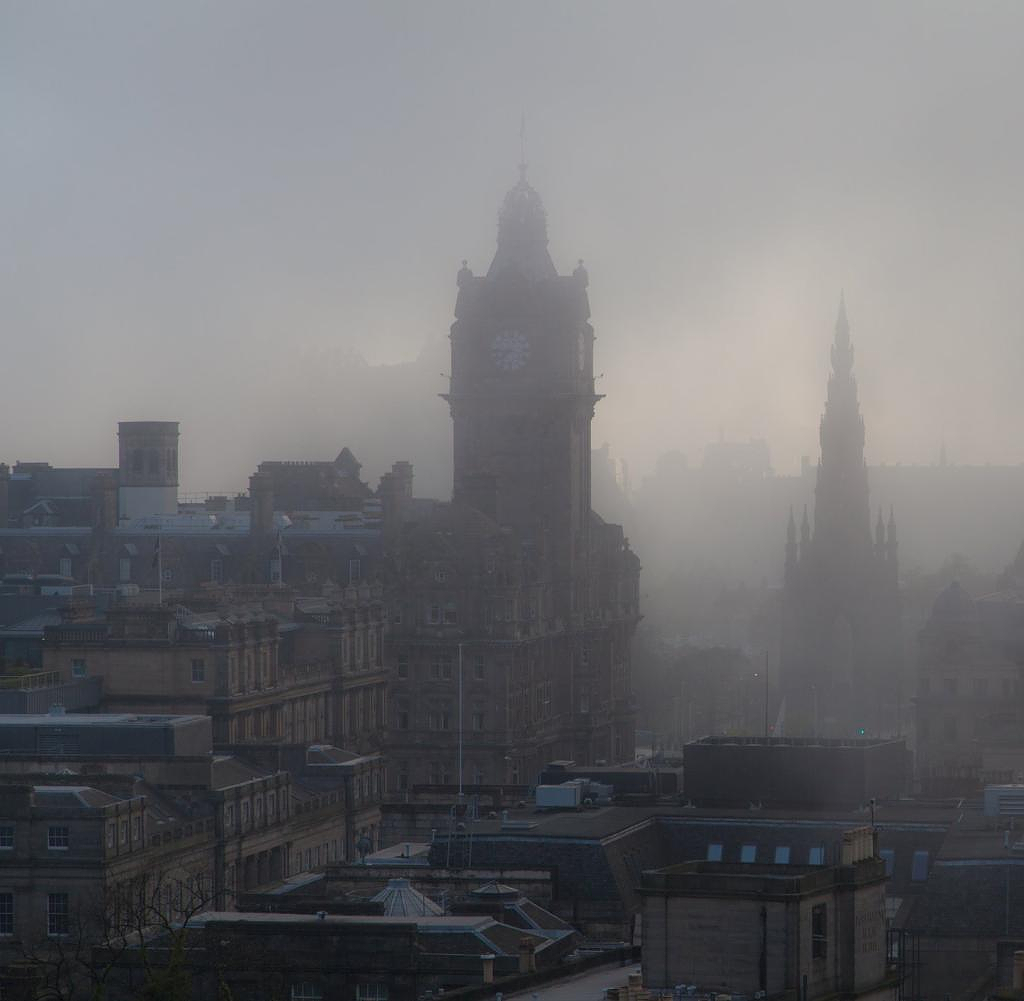 It's that time again: When it's getting colder outside, the colorful leaves are falling from the trees and you find pumpkins not only on your plate, but almost everywhere as a decorative object, you know: It's not only autumn, but also the spookiest time of the year! Halloween on October 31 is followed a day later by All Saints' Day, during which in Catholic regions not only the Christian saints are commemorated, but also the dead.

The ideal time for all horror fans! However, while All Saints' Day clearly has Christian roots, Halloween's origins lie in Celtic culture. The term Halloween has its origins in the Scottish All-Hallow's-Eve, which simply means "the day before All Saints' Day". The tradition of Halloween probably goes back to the Scottish Samhain festival. There the Celts celebrated the end of summer and established a connection to beings from “the other world”, such as elves or the underworld god Cenn Crúach.

Halloween festivals attract millions of tourists every year between late October and early November. For all lovers of ghosts, vampires and Co., the travel portal “Tripadvisor” recommends the scariest city break destinations. Among them is our first destination. But before we embark on a spooky trip around the world with you, we have one more question:

The Scottish capital was founded around 843 AD and can therefore look back on a long history. So it's no wonder that the quaint old town with the imposing Edinburgh Castle and numerous narrow streets and old houses is the scene of many spooky and scary stories. Of course, what is true about it and what is not can never be verified one hundred percent.

However, tourists in Edinburgh can book numerous "Haunted Edinburgh Experiences", i.e. ghost tours through the city, or visit the underground vaults. Originally used as a storeroom by Edinburgh merchants in the 18th century, they later housed an illegal distillery and became the scene of numerous crimes.

Of course, there are also rumors that ghosts haunt the old Edinburgh Castle that towers over the city. The most well-known ghost from there is the “Pfeifer”. According to legend, the "piper" was supposed to explore the tunnel under the castle during his lifetime. He played his bagpipes as he walked, but the music suddenly stopped halfway down. His body was said to have never been found and so, according to the legend, he is still exploring the tunnel today.

Actually Salem in the US state of Massachusetts looks idyllic like any other small town on the east coast. But the idyll is deceptive, because the history of Salem harbors a dark chapter for which the city is best known today: the Salem witch trials at the end of the 17th century.

During the trials, 20 suspects were executed, 55 people were tortured into making false statements, 150 suspects were imprisoned and another 200 people were accused of witchcraft. The witch hunts then spread rapidly in the region - without any solid evidence. It was only in November 2001 that the then governor of Massachusetts signed the declaration of innocence for the last five women.

The historical event was not only the template for numerous films, the traces of the witch hunt in the city can still be explored today. In addition to the Salem Witch Museum, the Haunted Happenings on Halloween are also an attraction. Around a million tourists from all over the world visit Salem every year.

The metropolis in Japan definitely has a spooky vibe: in addition to the anonymity of the big city, the countless and ancient Buddhist temples create an eerie atmosphere. Because here the contact with spirits of the other world as well as with the dead is cultivated.

In addition, the capital of Japan is also the location of the comic "Tokyo Ghost". The sci-fi story by US author Rick Remender takes place in the year 2089 and Tokyo of all places is said to be the only tech-free place in the world there. Nevertheless, a digital ghost is up to mischief. The comic has cult status among fans, but numerous other manga and anime series also play with the ghostly image of Tokyo.

In addition, the Japanese love to take the US version of Halloween to the extreme. Numerous costume and karaoke themed parties take place in the entertainment district of Shibuya. Otherwise, Disneyland Tokyo simply celebrates Halloween from mid-September to early November. The scary event has many fans who travel to the amusement park just for that.

Admittedly, the actual main horror attraction in Romania is around 186 kilometers from the capital Bucharest. Bran Castle, located in the village of Bran in the region of Transylvania, better known internationally as Transylvania, is believed to be the inspiration for the castle described by Irish writer Bram Stoker (1847-1912) in his novel Dracula. This makes the castle the vampire place par excellence and animated films such as “Hotel Transylvania” also play with this image.

The historical model of the novel character, the Wallachian prince Vlad III. Drăculea, probably never set foot in the castle. The legendary prince, who allegedly preferred to have his opponents impaled, came from the region near Bran. However, his reigning work took place more in Wallachia, a Romanian principality in the south of the country, which also included Bucharest.

Because of the real model for the most well-known literary vampire of all time, Bucharest also has the reputation of a scary city. If you like it, you can also go on a number of ghost tours through the historic city center of Bucharest or listen to vampire stories.

Was that all too spooky for you? Then these travel tips might be more suitable for you:

‹ ›
Keywords:
VampireTokioHalloweenBukarestSchottlandReisenMassachusettsKmpktSalemJapanRumänienTranssilvanienComic Tokyo GhostEdinburgh CastleMassachusettWalacheiSchloss BranAllerheiligenfestReise
Your comment has been forwarded to the administrator for approval.×
Warning! Will constitute a criminal offense, illegal, threatening, offensive, insulting and swearing, derogatory, defamatory, vulgar, pornographic, indecent, personality rights, damaging or similar nature in the nature of all kinds of financial content, legal, criminal and administrative responsibility for the content of the sender member / members are belong.
Related News