The capital of the USA has been a central place on the political map of the world for more than two centuries. 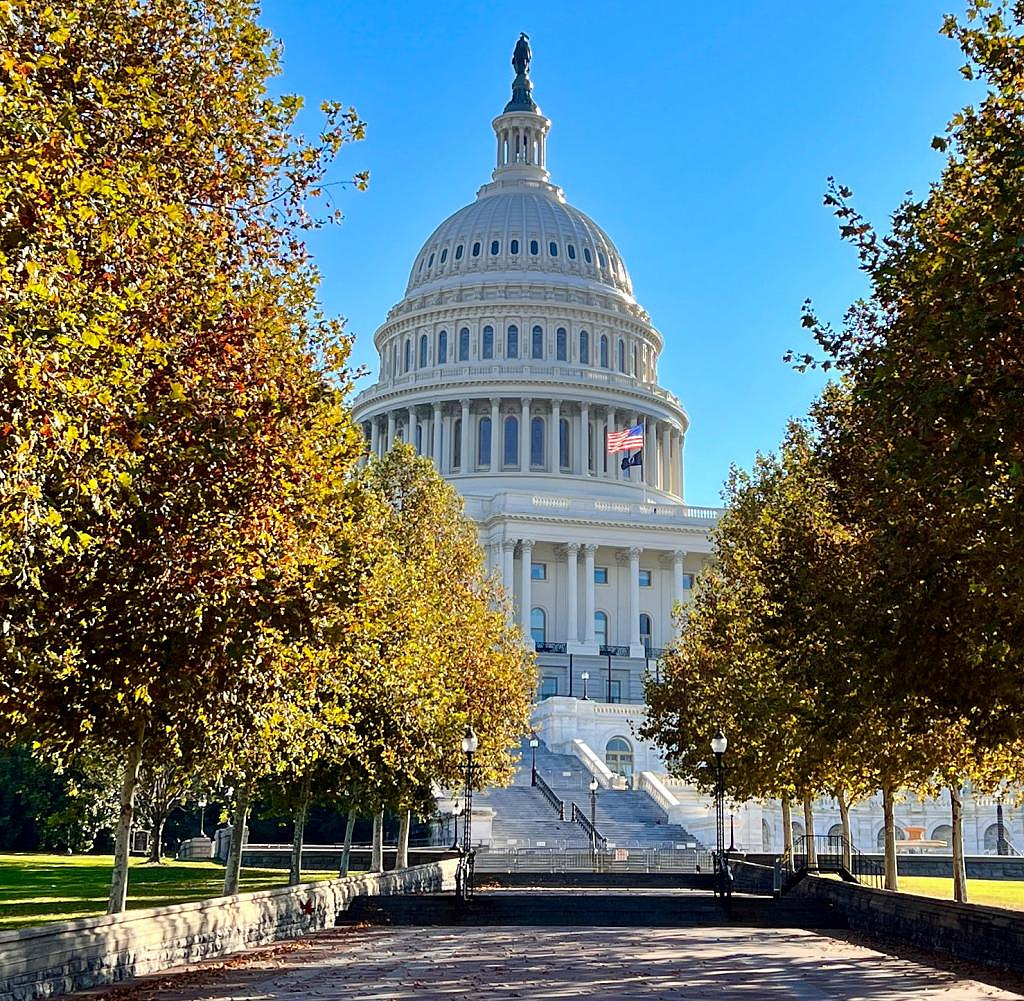 The capital of the USA has been a central place on the political map of the world for more than two centuries. Named for General George Washington, who led the military through the Revolutionary War against the British.

Planned by Pierre L'Enfant in a swamp between Virginia and Maryland. Ten miles by ten, laid out in a grid of single-lettered and numbered streets intersected by grand avenues bearing state names.

The Potomac River flows north-south through the city, which is divided into Northwest, Northeast, Southwest, and Southeast areas. There was a time when it was better to stay in the Northwest and not get lost behind the Capitol - Washington was also the murder capital of the USA. But that is a long time ago.

The city with its approximately 700,000 inhabitants has made great strides over the past few years and decades. Here are four good reasons to visit Washington:

A Brit is responsible for the variety of museums along the National Mall - the promenade that leads from the Capitol past the Washington Monument to the Reflecting Pool in front of the Lincoln Memorial. It is lined with eleven Smithsonian museums. World-class properties that are unrivaled in the country and charge no admission.

James Smithson, a British mineralogist and chemist who founded the Smithsonian Institution, donated his money after his death in 1829, according to the Smithsonian Archives. And that although he had never set foot on American soil.

One of the newest "Smithsonians" is the National Museum of African American History and Culture, which illuminates the history of black people in the USA in its striking shell of bronze-colored metal grilles on four floors above ground and four below ground.

There are also unique museums away from the mall - including the International Spy Museum, which is dedicated to the world's secret services and their work on several floors.

Georgia Lucas pedals across the wide bike lanes and raises her hand. “Stop!” is what the other cyclists say. You have arrived at the first destination of the tour: the Jefferson Memorial. Greek columns, light marble, an impressive dome - and in the middle of it all, a 6.50 meter high bronze statue of the third President of the United States, who was also the main author of the Declaration of Independence.

The next memorial for President number 32, Franklin D. Roosevelt, is quite different. He is the only one to have served four terms in the White House. Lined with trees, the memorial is barrier-free, because Roosevelt himself was in a wheelchair.

One of the newest memorials is that to assassinated civil rights leader Martin Luther King - the memorials to King, Roosevelt and Jefferson stand around the Tidal Basin, a small lake between the Mall and the Potomac River.

The next stop on the Monuments and Memorials Tour, a leisurely bike ride along the well-developed network of bike paths, is the Lincoln Memorial at the west end of the Mall. Architect Henry Bacon modeled it on the Parthenon in Athens - Abraham Lincoln, the 16th US President, should have a monument that commemorates the cradle of democracy. Lincoln, musing in a chair: The statue is more than twenty feet tall.

Back on the bike, head to the major war memorials along the Mall: the Vietnam Veterans and Korean War Veterans Memorials and the National World War II Memorial. The Washington Monument on its small hill is the last stop of the tour, from here the cyclists can see the White House, the Capitol and the entire National Mall.

And they see a curiosity in the 169-meter-high obelisk, which the tour guide Georgia points out: "During the construction, the money ran out - so they later continued to build with other stones."

The Potomac River is a good 600 kilometers long and flows into the Chesapeake Bay and thus into the Atlantic. Although it flows along the western edge of the US capital, for many decades it could only be reached directly in a few places.

Goods were once transhipped at what is now District Wharf on the river. It was an industrial area, the poor lived there, crime was part of everyday life. Then it was decided to make life by the water more livable. The District Wharf was created in a project worth billions.

"This is a whole new neighborhood right on the river, between Georgetown and Buzzard Point," says Rob Reuter, captain of the Potomac Riverboat Company, as he steers one of the bright yellow water taxis bound for Georgetown.

The first part was completed in 2017. The area in the Southwest area, not far from the mall, is about one mile long and has apartments, office space, restaurants, hotels and plenty of space to stroll. The Fish Market has remained – an institution in the capital. Since 1805, what the fishermen deliver has been sold there without interruption.

While the capital is named after General Washington, Alexandria in Virginia, just a few miles to the south, is likely where the first US President spent most of his life. Here he was born. In Alexandria you can still imagine how horse and carts pulled through the streets in Washington's lifetime.

The Farmer's Market, which still runs every Saturday, has already sold the goods Washington had grown around his Mount Vernon estate, which is a few miles down the Potomac River and can be visited.

And at the wood-panelled Gadsby's Tavern in Alexandria, which has served peanut soup for centuries, Washington loved to party -- and arguably did some business too.

Just a few blocks away you can stay in a replica of the Washington family home ("George Washington Town House") - with all the amenities of the 21st century, of course. The cost point: from 300 dollars per night.

Arrival: Washington has direct flights from Germany, there are two international airports. Washington Dulles (IAD) is in the state of Virginia, the Baltimore-Washington International (BWI) in Maryland. Both are served by Lufthansa, United Airlines, Delta Air Lines and various other airlines.

Entry: German holidaymakers need a valid passport and must obtain an entry permit (Esta) online (esta.cbp.dhs.gov/). Furthermore, a full Covid-19 vaccination must be proven. More information is available on the US Embassy website. (de.usembassy.gov/de/covid-19-information/)

When to go: Washington gets hot in the summer and storms can bring snow in the winter. The most pleasant travel times are spring and autumn, but it can also be warm and sunny as early as April and into November.

Accommodation: Many large hotel chains are represented in the city center, and there are also legendary addresses where American politicians can be met again and again. Boutique hotels are located in Georgetown and other suburbs. There are plenty of waterfront accommodation options in Maryland and Virginia.