Forest fires' consequences: "It is more cost-effective to prevent than to extinguish."

The emergency services responded to the fires in Catalonia, Aragon and Navarra as well as Castilla y Leon. 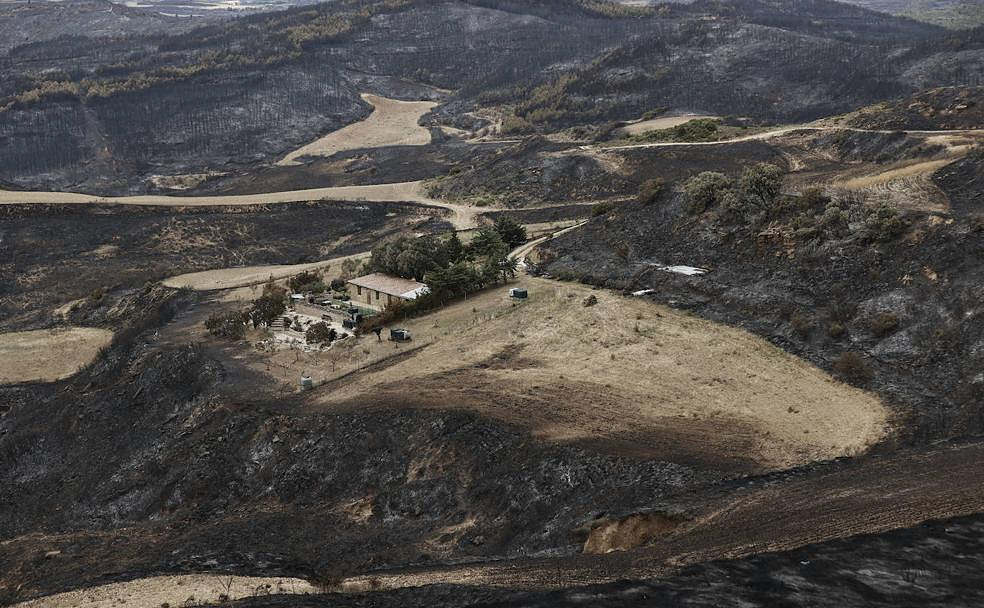 The emergency services responded to the fires in Catalonia, Aragon and Navarra as well as Castilla y Leon. More than 30,000 hectares have been destroyed in the Sierra de la Culebra, a protected area that forms part of the Meseta Iberica ecosphere reserve. Additionally, over 1,250 people have been forced from their homes. Malaga saw 5,000 hectares of forest go up, while Catalonia saw 4,000. These are the days just before summer, when the majority of forest fires occur.

According to the State Meteorological Agency, the June high temperatures were the highest recorded. The agency also forecasts a dry and warm summer season with temperatures of 0.5 degrees Celsius above normal. This is the ideal environment for natural phenomena. We have exceeded the average of 1,800 fires per year and burned 26,000 hectares annually over the past decade, even though we are not yet at the halfway mark in 2022.

A forest can be destroyed by fire in just two days. However, it can take natural areas between 5 and 200 year to recover. Climate change is one reason large fires are increasing. "Since 2020 there has been talk about'sixth generation fires'. This refers to those that are partly caused by climate change. These fires are characterised by an unpredictable evolution and the fall of the extinction system," Sandra Saura Mas (CREAF) says. Serafin González, a Galician Biological Mission researcher, says that natural causes only 10% of fires, while 90% are caused by human intervention.

Another reason is the expansion and continuity of the forest. With fewer open spaces to act as firebreaks, silvopastoral and agricultural activities abandoned, the urbanization of natural areas with the consequent human presence (high tension, cigarette butts and poor management of forests (clearing, pruning and clearing ...).). Poor forest management was responsible for the Sierra de la Culebra fire, which was caused by lightning from an unusual dry storm.

Fires can cause harm to public health on a social level. This is because of the release of toxic or carcinogenic substances from incomplete combustion; and also psychologically due to loss of jobs and disappearance of landscapes. A loss of property or landscape, no matter how small, can lead to mourning. Helena Pascual, a psychologist and member of the Emergency, Emergencies and Disasters Working Group of The College of Psychology of Madrid, says that a fire can cause major crises that are characterized by anxiety, fear, and uncertainty.

Fire also damages private and public properties (houses and warehouses ) and the economy of the territory by directly affecting productivity in the primary sector (agriculture and livestock ...)). For example, the Sierra de la Culebra is home to more than 3,000 tourists each year. They spend an average of five days there and pay between 38 and 65 euros per day. This is in addition to the many benefits that the landscapes burned exposes.

There have been at least a thousand of the 5,000 beehives that were destroyed. Around 100 families live in the vicinity, and their honey is largely discarded. Whereas mushrooms like boletus picola and boletus edulis used to be abundant, there are now only ashes. It can take these species up to 50-60 years to reappear.

Because it is the foundation of all terrestrial ecosystems, the soil is the most vulnerable victim of fires. The fire can alter their productivity and properties, leading to erosion, loss and modification of vegetation. A centimeter of soil that has been burned can take anywhere from 100 to 200 years to recover. The layer that is most lost is also the most fertile and valuable. Gonzalez says that if there is severe damage, it must be prevented from being worsened by erosion.

The ability of the species and its regeneration mechanisms to tolerate fire will determine how the flora responds to it. For example, resprouting species like holm oaks, buckwheat and Kermes oak ...) can grow quickly after being burned. Some seeds can germinate, even though they are not affected by fire. The reason they die and don't reappear is that they do not have these strategies," says the CREAF specialist.

Fires in Sierra de la Culebra resulted in the death of a deer. / Brais Lawrence

The fauna is the most affected by the fires. They are the ones that can't flee the flames, birds, large mammals, and ants. Or they may be buried, just like ants. Gonzalez adds that the majority of the deaths are caused by reptiles and amphibians.

Fire is also likely to cause damage to some of the area's historic-artistic heritage. Gonzalez explains that there have been instances where petroglyphs were destroyed by heat shock.

The priority after putting out the fire is to do a damage assessment. Each fire has a different effect on each area depending on factors such as density, type, and terrain. This will help prioritize intervention areas and determine the best measures to take for each ecosystem. The damage done is often not uniform. Some fires burn large areas of ground but not much surface area. Others are swift-moving. Other times, the leaves are scorched but not eaten and fall to the ground creating a protective "blanket" against rain. Gonzalez says that both scenarios enable the forest to grow more quickly without human intervention." You can also place straw on the ground as an artificial blanket, reintroduce or reforestation species, or remove dead trees.

After the extinguishment of the fires, a man looks at the Sierra de la Culebra. / Emilio Friar

"If the management objectives agreed to imply a change of land use, such starting agricultural or livestock activities because of local socio-economic requirements, then the actions are more transformative and will less ensure the recovery from the previous vegetation but will create a new ecosystem in line with the objectives," says Saura.

The colonization of fauna by humans will also start. Numerous studies have shown that after a fire, birds that were not present before can emerge. It is difficult to stop the effects of these phenomena on the atmosphere due to the release CO2 and other toxic gases, which contributes to climate change.

1989 - The 'Everyone against Fire' campaign. Ministry of Agriculture, Fisheries and Food

Specialists emphasize the importance of prevention in fighting forest fires. Gonzalez says that investing in prevention is more cost-effective than trying to extinguish fires every summer. It is best to look at a mosaic model, in which diverse species of vegetation are combined and extensive livestock farming is done. This creates patches and breaks down the continuity of the landscape. Traditional plans that include thousands of hectares of fast-growing, but highly flammable species such as pines and eucalyptus will not work.

He and Saura both agree that there is a need for greater environmental education. This should be aimed at both children and adults. Gonzalez says, "You need to explain to people about the multiple damage caused by fires, since the vast majority of them don't understand it, and nobody wants to conserve what they don't already know." It is still a difficult task. He regrets that the last public awareness campaign in Spain was "Everyone against fire" 32 years ago.

‹ ›
Keywords:
30000HectareasQuemadas
Your comment has been forwarded to the administrator for approval.×
Warning! Will constitute a criminal offense, illegal, threatening, offensive, insulting and swearing, derogatory, defamatory, vulgar, pornographic, indecent, personality rights, damaging or similar nature in the nature of all kinds of financial content, legal, criminal and administrative responsibility for the content of the sender member / members are belong.
Related News