For whom a flu vaccination is advisable

The flu is an infectious disease that must be taken seriously, which can be particularly serious for older or previously ill people and can also be fatal. 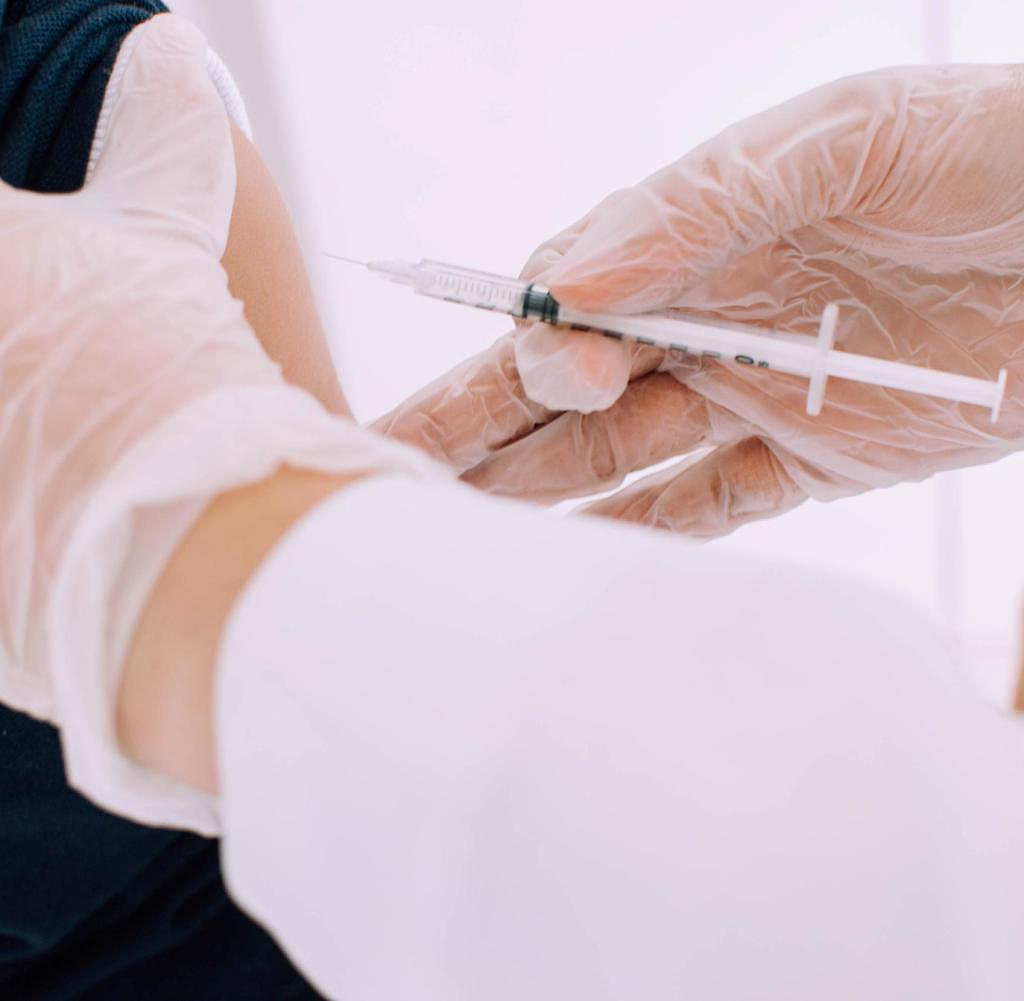 The flu is an infectious disease that must be taken seriously, which can be particularly serious for older or previously ill people and can also be fatal. Not comparable to a "flu-like infection", which is commonly referred to as a cold and can sometimes also be accompanied by fever.

The best possible protective measure against influenza is the flu vaccination, which the Standing Vaccination Commission (Stiko) recommends for people at risk. The prick could be particularly advisable this season, because “every year that the flu does not circulate or hardly circulates, the likelihood of a stronger flu wave increasing,” says Professor Bernd Salzberger, Chairman of the German Society for Infectious Diseases . In the past two years, there have only been a few cases due to the consistent wearing of masks.

According to Stiko, older people from the age of 60, pregnant women from the second trimester of pregnancy and people with underlying diseases should be vaccinated in particular. The reason: For these people, an infection can mean an increased health risk. According to the German Senior Citizens' League, the protective measure makes sense for older people, since the immune system no longer works as effectively with increasing age and this group of people is often pre-stressed by chronic illnesses.

According to the Robert Koch Institute (RKI), the basic diseases that promote more severe disease progression include: chronic diseases of the respiratory organs, liver, kidney, heart, circulatory or chronic neurological diseases as well as metabolic diseases such as diabetes. A flu vaccination is also recommended for people who are exposed to an increased occupational risk - such as medical staff and caregivers of high-risk patients.

"Infants can and should be protected by the mother's vaccination during pregnancy, with older children the consequences of the disease are usually minor - which is why the Stiko does not recommend vaccination here," says Bernd Salzberger. However, the infectiologist cites a social reason that families can think about: Vaccination in children can protect adults, “e.g. grandparents who are already ill”.

In the past, annual flu outbreaks with increased activity of influenza viruses usually began after the turn of the year. It takes 10 to 14 days for the protection against infection to build up after vaccination. To be on the safe side, the RKI advises getting vaccinated from October or by mid-December at the latest. But even later, i.e. at the beginning or during the course of an influenza epidemic, vaccination still makes sense, since it is never possible to predict exactly how long an influenza epidemic will last.

The vaccine protection slowly decreases again about three months after the injection. Infectiologist Salzberger advises annual vaccination, since the vaccines are adapted to the circulating influenza strains: "The vaccines only offer the best possible protection for the current season." Because the vaccination protection decreases, many vaccinated people are "probably not" after a year more adequately protected.”

In principle, all doctors can administer a flu vaccination. In many cases, the first point of contact is the family doctor, but some health authorities also vaccinate against the flu. In addition, some employers offer their employees to have the injections given by company doctors.

With the amendment to the Care Bonus Act in summer 2022, pharmacies nationwide will also be able to offer flu vaccinations for the first time in the upcoming season. Namely people with statutory health insurance who have reached the age of 18.

Not 100 percent. You can still get sick despite being vaccinated. The seasonal vaccine contains components of the virus variants expected for the coming season. Since the World Health Organization (WHO) determines the composition of the vaccine in the spring of each year to give the vaccine manufacturers enough time, there are uncertainties. Because viruses change quickly.

It is possible "that the influenza viruses that mainly occur in the following season do not match the virus strains contained in the vaccine so well," writes the RKI. If there is a very good match, the protective effect in young adults can be up to 80 percent.

Due to their reduced immune response, older people can only roughly halve their risk of contracting influenza. But as with Corona, the disease is usually milder in vaccinated people than in unvaccinated people. This has been shown by many studies, according to the National Association of Statutory Health Insurance Physicians (KBV).

Yes. Stiko advises people over the age of 60 to take the high-dose vaccine, which contains four times the amount of antigen compared to other influenza vaccines. Normally, conventional quadruple vaccines are used, which according to the RKI offer protection against four different virus subtypes.

The Stiko has been recommending these so-called quadrivalent influenza vaccines since the end of 2017, previously trivalent vaccines were recommended. Both are dead vaccines. A live vaccine made from weakened influenza viruses is also approved for children and can be given as a nasal spray.

Because no vaccination provides 100 percent protection, the RKI recommends further measures: Patients at risk in particular should keep a sufficient distance from people with symptoms of an acute respiratory disease. Grandparents, for example, can postpone visiting sick grandchildren. Regular, thorough hand washing can also reduce the risk of respiratory infections.

"The seasonal influenza vaccine is usually well tolerated," writes the RKI. However, local reactions such as slight pain, redness and swelling at the vaccination site cannot be ruled out. Occasionally, typical cold symptoms such as fever, shivering or sweating, tiredness, headache, muscle or body aches occur.

According to the RKI, these symptoms usually subside without consequences within one to two days. More pronounced local side effects are possible with high-dose vaccines. When a live vaccine is given as a nasal spray, the nose may temporarily become blocked or runny.

According to the Stiko recommendation, simultaneous vaccination is possible. There is no longer a vaccination interval of 14 days between Covid-19 vaccinations and the administration of other inactivated vaccines. However, vaccination reactions could occur more frequently than with separate administration. The injection should be given in different limbs.

"Even if a medical indication is determined by a doctor, the costs will be covered," says the National Association of Statutory Health Insurance Funds. If you ultimately have to pay for the prick yourself, medical practices charge around 30 to 60 euros depending on the vaccine used and the scope of the consultation.

‹ ›
Keywords:
TexttospeechGrippeGrippeimpfungenGrippeepidemienInfektionskrankheitenImpfungenCoronavirusCoronaImpfungenGrippeimpfungGesundheitRKI
Your comment has been forwarded to the administrator for approval.×
Warning! Will constitute a criminal offense, illegal, threatening, offensive, insulting and swearing, derogatory, defamatory, vulgar, pornographic, indecent, personality rights, damaging or similar nature in the nature of all kinds of financial content, legal, criminal and administrative responsibility for the content of the sender member / members are belong.
Related News