For the first time since November, the filling level of the gas storage tanks is rising again

The meanwhile milder weather continues to ensure a significant drop in demand for gas. 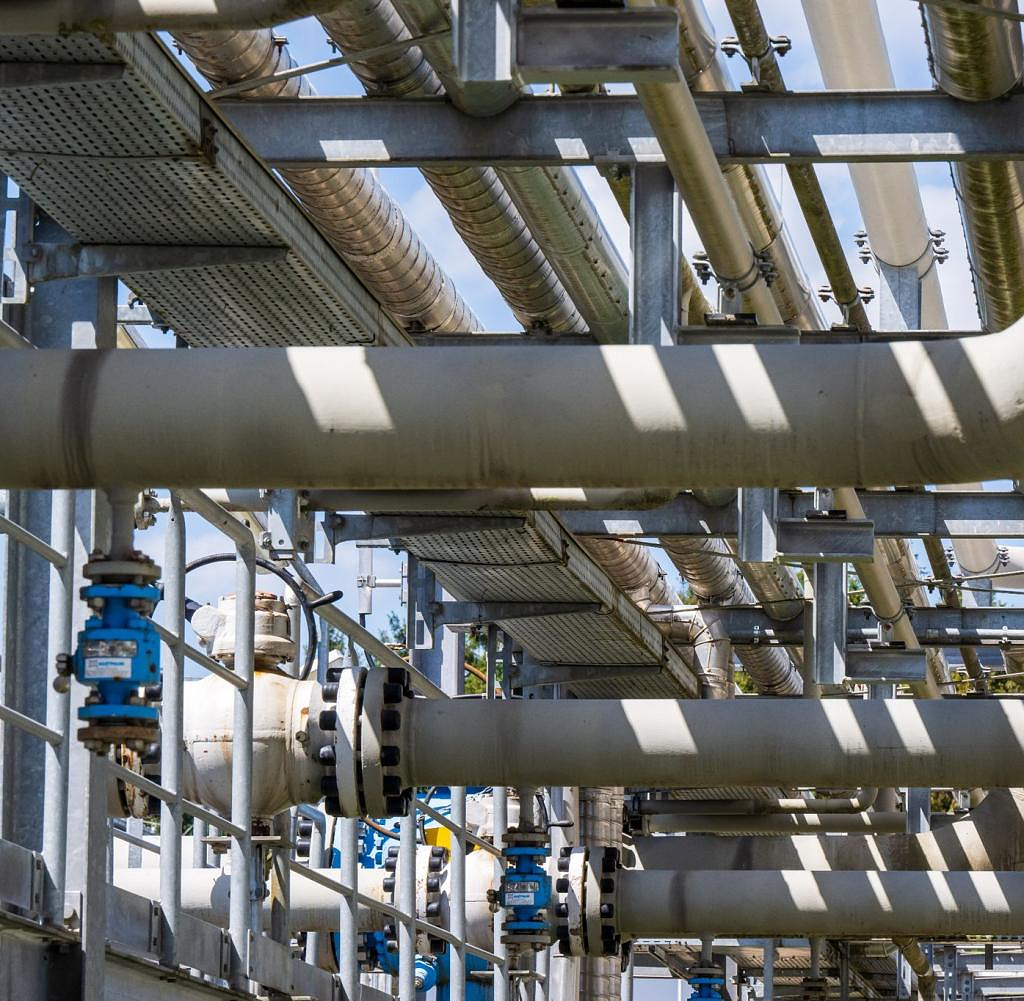 The meanwhile milder weather continues to ensure a significant drop in demand for gas. On Wednesday gas was injected as withdrawn for the first time since the end of November. This was announced by the head of the Federal Network Agency, Klaus Müller, on Thursday evening. The filling level of German gas storage facilities rose by 0.11 percentage points to 87.31 percent. “This means that Germany is well prepared for the festive season. Careful handling of gas is still the right thing to do," Müller said on Twitter.

In the past week, the fill level had fallen by more than one percentage point on four consecutive days, mainly due to the low temperatures.

The last time gas was stored in Germany was on November 27th. Since then, the filling quantity has decreased – as is usual in winter. The largest German storage facility in Rehden, Lower Saxony, recently recorded a filling level of almost 90.7 percent, according to data published on the Internet on Thursday.

The storage facilities compensate for fluctuations in gas consumption and thus form a buffer system for the market. The filling levels usually decrease after the start of the heating period in autumn. On the morning of November 14, a fill level of 100 percent was recorded. On February 1, according to the Energy Industry Act, the storage tanks should still be 40 percent full.

It should be noted that gas continues to flow continuously through pipeline imports to Germany, on Tuesday from Norway, the Netherlands, Belgium and Switzerland. One day later, on Wednesday, gas was fed in for the first time at the new LNG terminal in Wilhelmshaven.

The winter cold caused gas consumption to skyrocket last week. As the Federal Network Agency announced on Thursday, gas consumption in the 50th calendar week was a total of 12 percent above the average consumption for the years 2018 to 2021. Compared to the previous week, it rose by 20 percent. The authority announced that the savings target of 20 percent less was clearly missed. Temperatures were 7.9 degrees below the average of previous years.

Adjusted for temperature, consumption in the 49th and 50th calendar week was 12 percent below the reference value. According to the network agency, this value is still in the critical range. For the current week, the authority expects a drop in gas consumption due to the significantly higher temperatures.

While industry consumed 2.9 percent less gas overall compared to the average for the years 2018 to 2021, households and businesses increased by 27.6 percent in calendar week 50. In the current year, it was the week with the highest consumption in this consumer group – 2556 gigawatt hours per day.

However, this was still well below the consumption of the 6th calendar week of 2021, when a cold spell caused snow and ice in large parts of Germany. At that time, households and businesses consumed an average of 3084 gigawatt hours per day. For comparison: On Wednesday, a total of 3214 gigawatt hours of natural gas were imported into Germany.

‹ ›
Keywords:
NewsteamGasGasversorgungEnergiekrisenKälteTexttospeechApple PodcastAmazon MusicTwitterBundesnetzagenturKlaus MüllerGasverbrauchFüllstandGasspeicherKarriere
Your comment has been forwarded to the administrator for approval.×
Warning! Will constitute a criminal offense, illegal, threatening, offensive, insulting and swearing, derogatory, defamatory, vulgar, pornographic, indecent, personality rights, damaging or similar nature in the nature of all kinds of financial content, legal, criminal and administrative responsibility for the content of the sender member / members are belong.
Related News