For helping her husband to plan murders, a woman is sentenced to life.

A woman from Alabama was sentenced Wednesday to life for her role in helping her husband plan the murders of her pregnant wife, her unborn baby and three other victims in 2015. 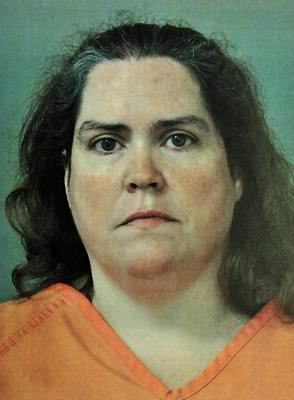 Rhonda Carlson (48) escaped the death penalty through a plea deal with prosecutors. She also testified against Christopher Henderson before his trial. She confessed to having helped plan the attack and was sentenced for life without parole.

In July, a jury convicted Henderson of the stabbing and shooting deaths of Kristin Smallwood, her unborn child; Clayton Chambers, her 8-year old son; Eli Sokolowski, her 1-year-old nephew; and Carol Jean Smallwood, her mother. He was sentenced earlier in the month.

Five bodies were discovered in a house that was burned to the ground in August 2015. This happened less than one week after Kristin Smallwood applied for a court order keeping Henderson from the property. Henderson had married Carlson and was not divorcing Smallwood.

Carlson admitted that she helped plan the murders, but denied taking part in them. She said that Henderson had attacked five victims before she arrived at New Market, where the murders occurred.

Carlson was required to sign a plea agreement, which waived her right for a jury trial or separate sentencing hearing.